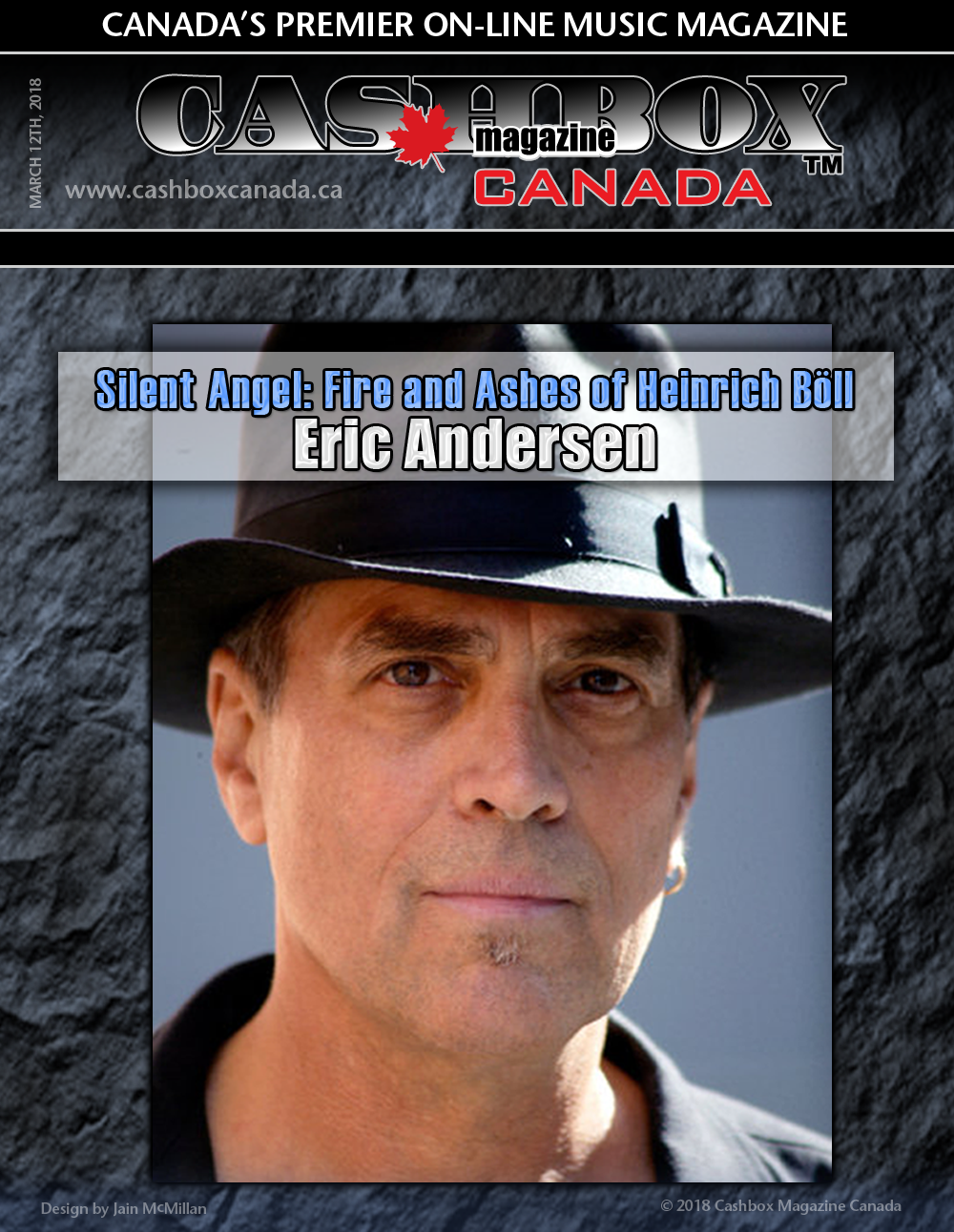 Years from now when the generation studies music history, the folk music revival of the 1960’s to be specific, Eric Andersen will be a large part of that study. But for now, Eric is going back in history for his projects for Meyer Records. His output on the Meyer label has included a tribute to the existential Camus and the rock star Lord Byron mingling with the Universe. And now his focus is Heinrich Böll; a Nobel Prize-winning writer, an anti-fascist, and soldier in the German army who deserted the army and eventually was captured by Americans where he was sent to a Prisoner of War camp.

Silent Angel: Fire and Ashes shines a light on the life and adventures of Heinrich Böll; who dedicated his life to chronicling his experiences of wartime and post-war Germany. And from these writings, Eric was able to knit together songs that tell those tales but also manage to warn of the ever-present danger of history repeating itself with the current political landscape.

The album starts with a light-hearted song Wenn de Wasser Im Rhein Gold’ner Wein War, If The Water of The Rhine Was Golden Wine but that is where the levity ends. Eric kicks in with a sobering collection of songs that came to him from studying the man. 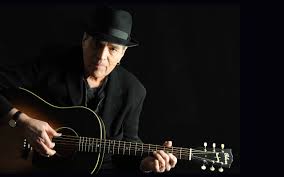 The opening track ‘Silent Angel’ gleaned from Böll’s first novel, tells the grim story of when he goes back to his burned out bombed out hometown where catches sight of an angel made of stone “a marble angel stood before, a tender smile upon his face, his flowing hair was made of stone, he held a lily in his hand, his broken wings lay on the ground, blind sockets for his eyes. But the angel won’t be silent anymore” Sarcasm is the “subjet de jour” with ‘Thank You Dearest Leader’, a little touch of rock n roll and a big bird to Adolf. ‘ Oooooo thank you dear leader for everything you’ve done. Thank you for the darkness and blotting out the sun.” and “Unlike the old who died up front, you never lead the charge. You hid inside a bunker with your car in the garage. For the heroes in a graveyard who tried to reach your goal, you died alone, a coward with a bullet in a hole.”

Next up ‘Face of a Clown’ the story of a man named Schneer who was an “artist and a clown” who becomes a busker in a train depot after giving up on his well to do family, “From a wealthy German family, my Mother was a Nazi, my Father had a mistress, my Mother had a maid.” And after becoming a busker he says “one thing a clown will never show’s the tear behind the smile.”

And then on to the opus of the record “Silence”, Silence, from the cellar down the halls, Silence running down the walls, Silence, never sorry when it calls. Doesn’t disappear at all, It just rolls up like a ball, Pretending to be small, and then buries you in a fog, silence”

The musicianship is superb as are most of Eric’s recordings, with the likes of Martell Beigang on drums, Michel Gazich on violin, Steve Postell on electric guitar, and fellow Montrealer Cheryl Prashker on percussion and featuring Harlad Rutar on accordion.

Eric takes his role seriously and when he could be appealing to his base with light-hearted folk songs of rainbows and more violets of dawn he has chosen to tackle the hard issues for better or for worse. Bravo Eric, the boldness you showed during your Thirsty Boots folk revival days of the sixties still burns like a Klieg light in your heart and soul.