Skip to main content
Huey Lewis and the News – Weather 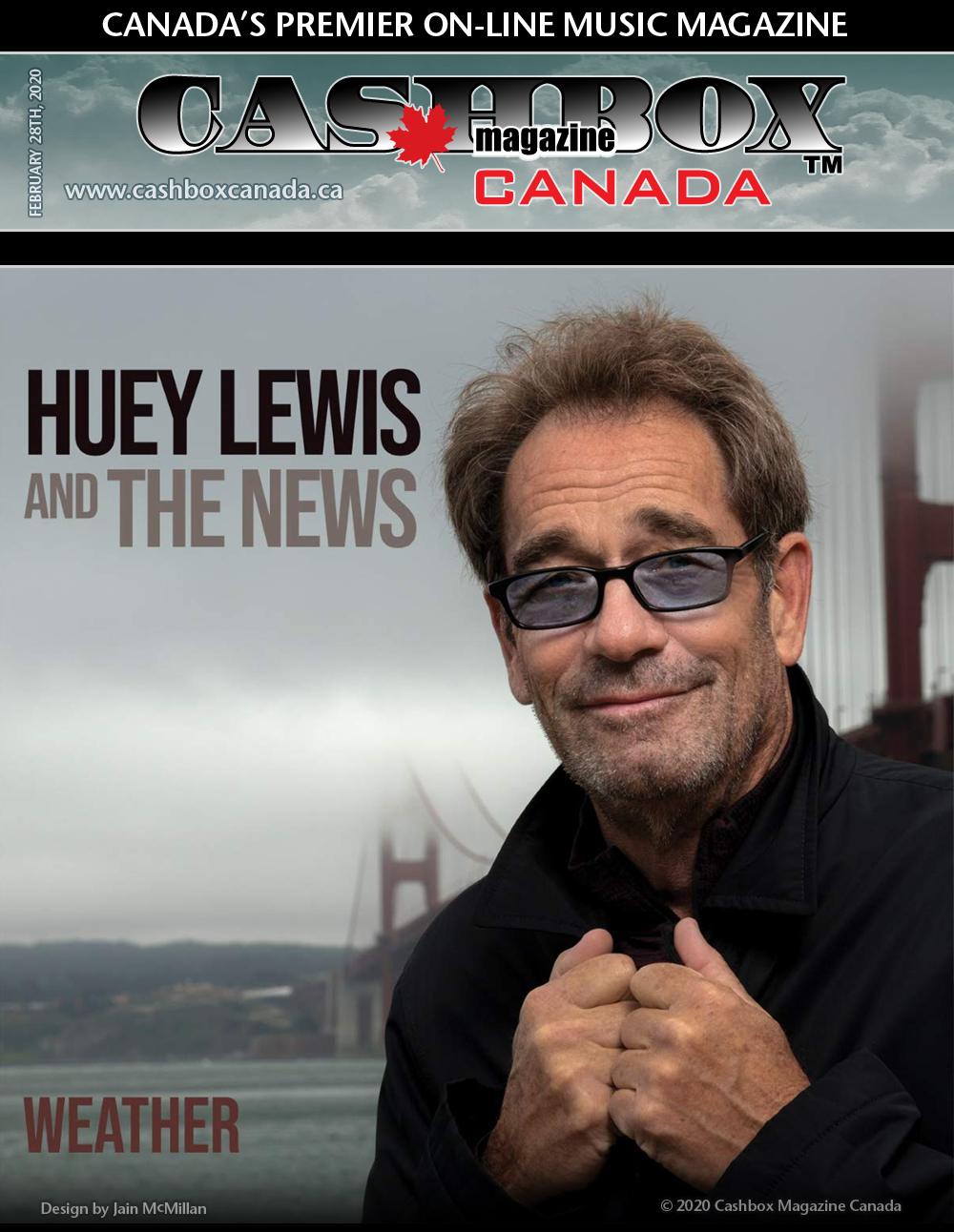 The talented artist who showed us that ‘the heart of rock & roll is still beating’ is back with a new 7 song offering, and my personal opinion is this is a ‘Lucky 7’ EP – with seven awesome tracks from the cheeky bad boy of the 80’s Huey Lewis.

In an interview a few years ago with David Letterman Huey  Lewis talked about hitchhiking across the country and how he learned to play the harmonica while waiting for rides. He talked about hanging out at the airport for three days until he stowed away on a plane to Europe. In later interviews, Lewis would reveal other encounters he had traveling around Europe. While visiting Aberdeen Scotland, with no money and nowhere to sleep, he claimed that the locals were very hospitable by offering him somewhere to stay. In Madrid, Spain, he became an accomplished blues player as he hitchhiked and supported himself by busking with his harmonica. He gave his first concerts in Madrid, earning enough money to buy a plane ticket back to the US.

For those of you who remember Huey Lewis and the News, he came roaring onto the music airwaves in the 80’s with hits like I Want a New Drug, The Heart of Rock and Roll, Stuck on You, If This is It, to a name a few. Huey Lewis and the News broke with the album 'Sports' and earned themselves a place in rock and roll musical history. If you don’t remember him or you are too young to have known his music then it’s time to check him out.

Forty years and thirty million record sales into a Grammy-winning, chart-topping, and Academy Award-nominated career, Huey Lewis & The News return now with their first new single release in over a decade. Self-recorded and self-produced at the band’s own Troutfarm studio in Marin County, California, the new single “Her Love Is Killin’ Me”.

Watch the new single from ‘Weather’ - “Her Love Is Killin’ Me” here:
https://youtu.be/NUjIg10axqQ

It might be a few decades later but Huey Lewis still has that ‘Sports’ album-era swagger that turned him and The News into one of America’s most beloved rock groups.

The sad news is that Huey Lewis may never sing again. It’s a heartbreaking revelation that the GRAMMY-winning icon is still coming to terms with, one made all the more bittersweet by the fact that his voice has perhaps never sounded better than it does today. The problem, it turns out, has nothing to do with his vocal cords, but rather his ears.

“When my hearing goes, it’s like I don’t even exist anymore,” says Lewis, who suffers from a relatively rare inner ear disorder known as Meniere’s Disease. “It leaves me completely isolated, like I’m living inside a cocoon.”

It’s against those considerable odds that Huey Lewis & The News are set to release ‘Weather,’ their first new album of original material in nearly two decades and, quite possibly, their last. Recorded at the band’s own Trout Farm studio in Marin County, California, the collection is as intoxicating as it is unlikely, a timeless blend of rock, soul, and R&B that’s at once playful and sincere, wry and reflective, witty and wise. Lewis sounds weathered to perfection on the album, delivering infectious hooks with ecstasy and authority, and the band’s arrangements are bold and muscular to match, fueled by funky horns, blistering guitars, and dazzling keyboards. Unaware of the ticking clock that would cut their work short, Lewis and his bandmates operated slowly and deliberately in the studio, writing tunes when the muse struck and recording them for the sheer joy of it. The result is a record that captures a legendary group at the peak of their powers, performing with the kind of uninhibited heart and soul that launched them to international superstardom in the 1980s and has sustained them as one of popular music’s most enduring and beloved acts ever since.

“We were in no hurry making this record because we just kept getting better,” says Lewis, who’s sold more than 30 million records and netted a slew of Top Ten singles over the years with hits like “The Heart of Rock & Roll,” “I Want A New Drug,” and the Academy Award-nominated “Power of Love.” “As far as I was concerned, the longer it took us to land on the right songs for an album, the better, because we were sounding tighter and tighter with every tour.”

That all changed, though, on January 27, 2018, when Lewis’s hearing suddenly and completely disappeared just moments before he took the stage for a concert in Dallas. “It was like an explosion,” he explains, describing the sensation as a steady roar akin to radio static in his ears. “I couldn’t hear what anyone was saying. I couldn’t find pitch. I went out onstage and had no idea what I was even singing.”

Meniere’s can manifest itself in a number of ways. Lewis’s first encounter with the disease came in the form of an intense bout of vertigo roughly 35 years ago, when he and The News were on the road in support of their seminal 1983 album, ‘Sports.’ Just before a scheduled performance in Boston, Lewis found himself overcome by a spell of dizziness and nausea so unbearable that he was forced to cancel the show and head straight to the hospital. Doctors were perplexed by his symptoms at the time, but a heavy dose of steroids seemed to bring him back to equilibrium, and Lewis was able to soldier on with the rest of the tour.

“I was fine for about four or five years after that,” he remembers, “but then I had another attack, and shortly after that, I lost all the hearing in my right ear. I went to a specialist, and he essentially told me to get used to it, because Meniere’s meant that it may never come back.”
Heartened by the likes of Brian Wilson and Jimi Hendrix, who were both famously hard of hearing on one side, Lewis continued to work through his Meniere’s, touring and recording steadily for the next two-and-a-half decades with just one fully functioning ear. While he’d still encounter the occasional bout of vertigo here and there, Lewis had more or less made peace with his condition until that fateful night in Dallas, when he suddenly found himself unable to hear on either side. What followed was a long odyssey of appointments, tests, and holistic healing sessions at clinics and institutes around the country, all in the desperate hope of finding if not relief, then at the very least, stability.

“My hearing would fluctuate,” Lewis says. “I could go for weeks at a time without being able to hear a thing, and then I’d have a stretch where I could at least understand what people were saying, even if I still couldn’t sing.”

In what turned out to be a remarkable stroke of luck, Lewis had, months earlier, booked studio legend Bob Clearmountain to mix the songs that would become ‘Weather,’ and the longstanding dates of their session coincided precisely with the last three days Lewis was able to clearly hear the frequency ranges required for music. The mixes that emerged from those three days reflect the kind of contagious vitality and effervescent energy that have defined Huey Lewis & The News from the start, all vintage grit and modern sheen. In typical fashion, the band had engineered and produced the sessions themselves (they’ve in fact self-produced every album since their 1982 breakout, ‘Picture This’), and the songs they brought Clearmountain for ‘Weather’ absolutely brimmed with hard-earned confidence and bravado decades in the making.

“We did it all ourselves on this album, and that’s what I’m proudest of,” reflects Lewis. “We started producing ourselves at a time when nobody was doing that sort of thing, and here we are still doing it today.”

‘Weather’ covers a remarkable amount of sonic ground, bouncing effortlessly between genres and decades. Exuberant album opener “Her Love Is Killin’ Me” sounds like a lost hit straight off of ‘Sports,’ while the bittersweet “I Am There For You” channels the smart, tender balladry of Randy Newman, and the bluesy “Hurry Back Baby” taps into big band shuffle territory with paint-peeling electric guitar. Lewis cracks wise on the funky “Remind Me Why,” tackles vintage R&B with a cover of Eugene Church’s 1958 classic “Pretty Girls,” and even crosses into country territory on the twangy “One Of The Boys,” which he wrote at the urging of Nashville super-producer and longtime News fan Dave Cobb. Perhaps it’s the soulful “While We’re Young,” though, that feels most poignant in light of everything Lewis has been through. “Life is short / let’s take advantage of every opportunity,” he sings, reflecting on the fleeting nature of time and mortality with a relentless, utterly charming optimism.

“You’ve got to look on the bright side and stay creative,” says Lewis, who notes that there are documented cases of longtime Meniere’s sufferers recovering their hearing. “Even if I never sing again, things could always be worse. After all, I’m deaf, not dead.”

“We were in no hurry with these songs,” says Lewis of the band’s new material. “The more we road-tested them the tighter they got, and I think we ended up with some of our best work.”

Along with the new record, Lewis has been continuing to work on his musical The Heart of Rock & Roll, which opened to raves in San Diego last fall and is now on its way to even bigger stages.

And for his diehard fans ‘The Heart of Rock & Roll is Still Beating’ in the voice and delivery of Huey Lewis and the News on his latest release “Weather”.