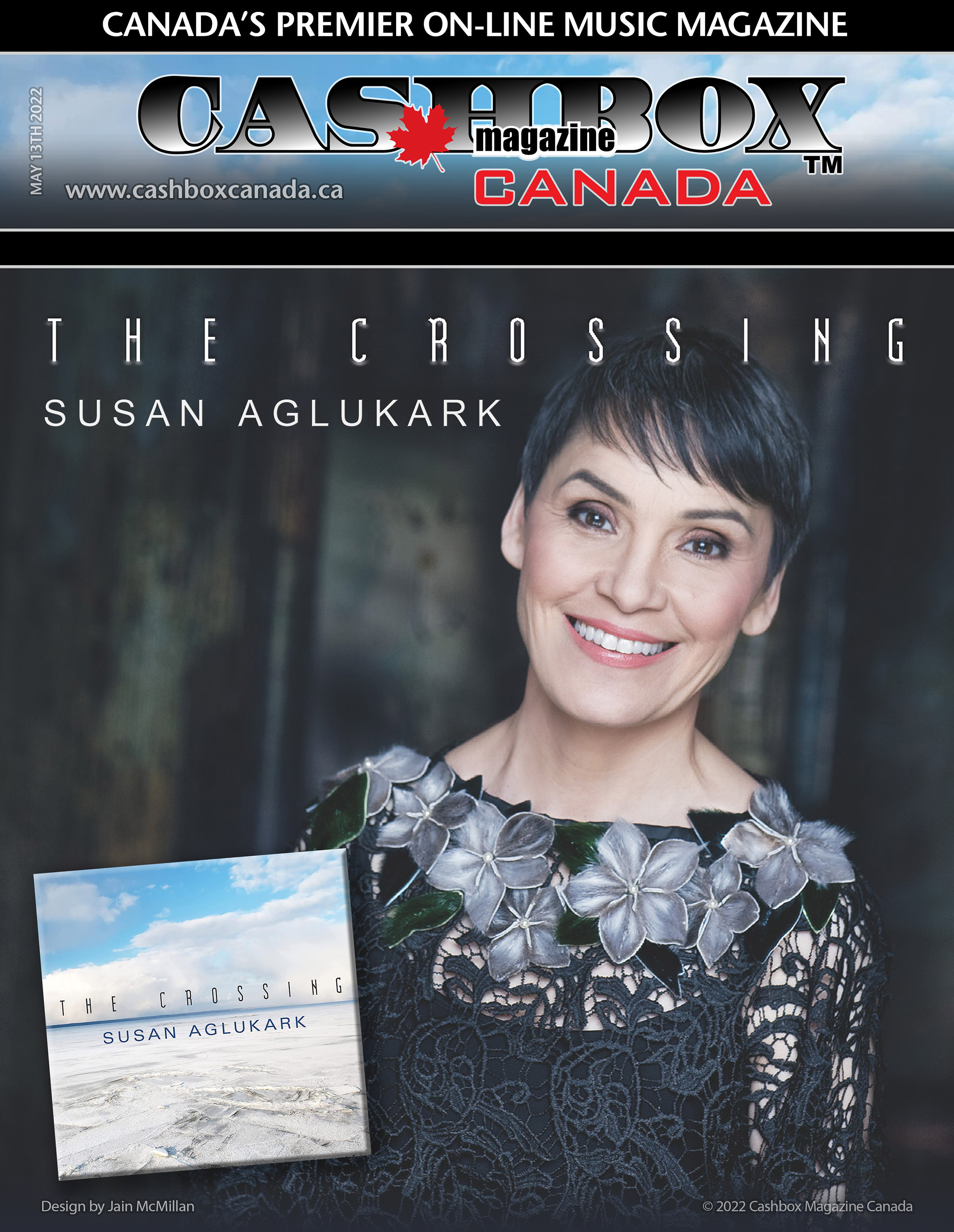 Multi-JUNO Award-winning Inuk singer/songwriter Susan Aglukark reveals a lesson in belonging and beyond with the release of her new album, The Crossing.

We caught up with Susan at her home in Ontario, Canada, and the passion you hear in her songs are just as much a part of her personality as her musical offerings.

“I grew up in a musical environment which is where all my musical influences started for me. My parents were heavily involved in our community, with my Dad, David Aglukark being the Church Pastor (and a singer/songwriter in his own right) and my Mom, Dorothy Aglukark was an active Community leader, they were the first ministers in our area. So music was a major part of those growing up years for me,” she explains. 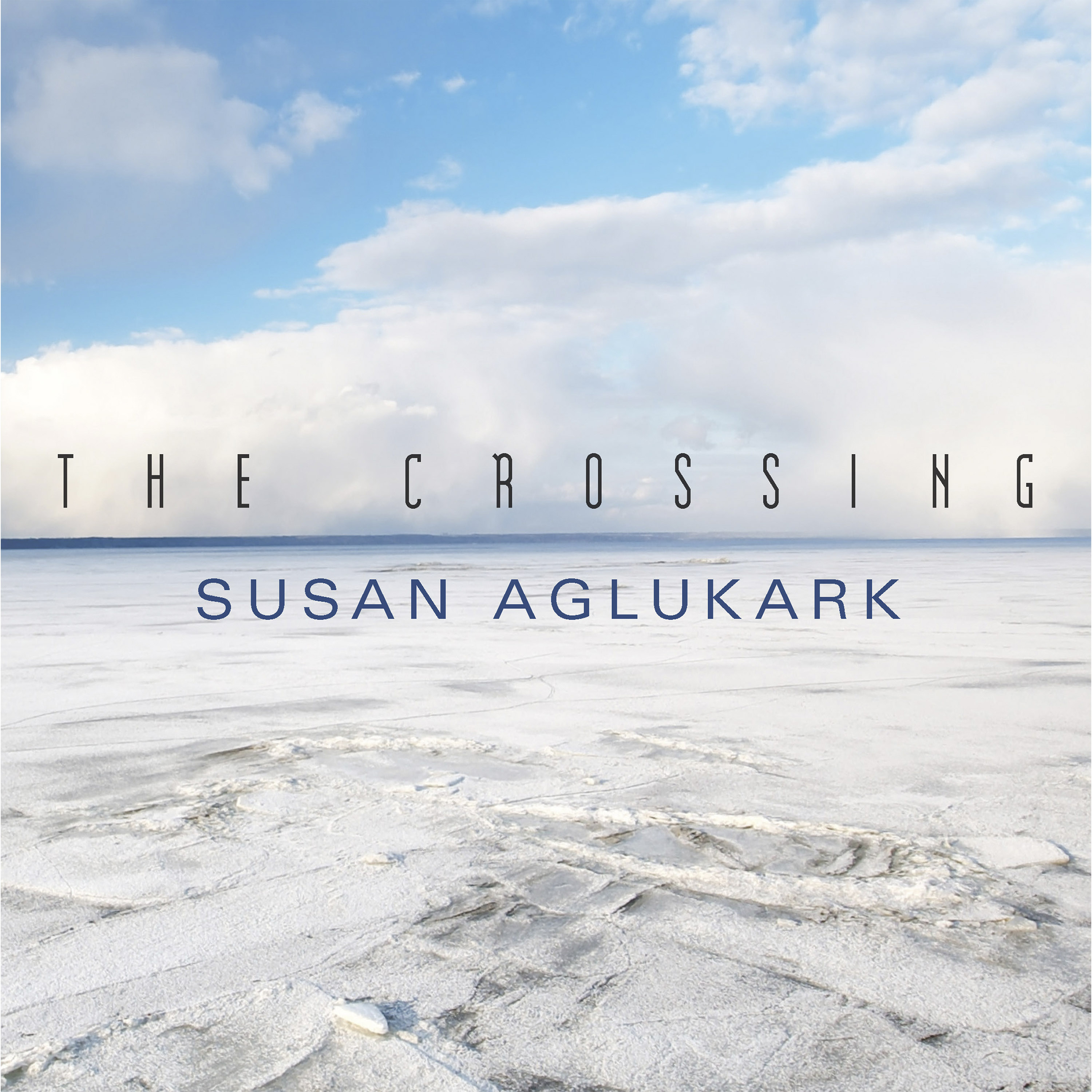 Susan went on to say, “Music was also our social life in the home environment. Everyone would come and fill the house with love, laughter and the food would come out along with the instruments. As a child I felt surrounded by not only music, but the grounding force of being in such a safe environment, something I didn’t realize was so important until I grew of age. That base of family is what has kept me grounded all these years.”

The Officer of the Order of Canada and Governor General Lifetime Artistic Achievement Award-winning artist’s 10th studio album tells a small part of what the Inuit ancestors’ journey might have been — and why it’s important to tell it from the Inuit perspective.

“Writing this album through our contemporary Inuit lens has been a lesson in belonging,” Aglukark shares of the release. “As we correct the narrative, we are also finding puzzle pieces in our own healing journeys — and what a privilege it is to have this platform to share these lessons from.”

She also went on to share the experience in the past of how it was to be an Indigenous artist at a time when it was not recognized nor honoured. “It was a strange sense of self to deal with, sometimes you would feel that you were being looked at with relegated pity, other times it was an attitude of that you should feel fortunate. I was fortunate to have been with EMI Capitol and therefore was surrounded by mentors, collaborators and supporters who made my journey one of ease and enlightenment. Others were not as blessed at that time.”

For the entire album visit: open.spotify.com/album/3BfHBDbLtxtsBbkccQ4QnV?si=HEh0CmvsRWmUftT6_e2uMA&nd=1

This year, Aglukark will be recognized with the 2022 Humanitarian Award Presented by Music Canada at the 51st annual JUNO Awards this May.

Aglukark’s receipt of the 2022 Humanitarian Award is a tribute to her long-standing dedication to improving the lives of children and youth in Northern Indigenous communities. Through the Arctic Rose Foundation, her organization supports the emotional health of Northern Inuit, First Nations, and Metis youth through Indigenous-led, arts-based after-school programs, as well as other cultural and creative projects.

“It is an honour to receive this award, and a privilege to have had the opportunity to help create safe spaces for Northern Inuit and Indigenous youth to explore their own potential and forge connections through Indigenous-led programs,” Aglukark says. “I am proud of the work our team at the Arctic Rose Foundation has achieved so far, and look forward to expanding our footprint across the North to bring more culturally-grounded, adaptable programming to young people, and help engage, support, and inspire them in all aspects of their lives.”

“The conversations around reconciliation have provided an opportunity to change the narrative. The Indigenous people in Canada come from highly organized societies built on knowledge, process and organization - without which none of us would have survived.”

For Susan, art played a significant role in her healing journey and she believes it plays an important role for indigenous youth who are dealing with contemporary identity issues today.

“Our children and youth are strong and resilient, they still believe very strongly in their culture, in Inuit or Indigenous culture, and they are still fighting every day to find their place.”

“They need to be anchored to an identity and some of those connections are in our ancestors and their stories and we have a duty and a responsibility to engage our children and youth in the process of connecting with and helping them write those stories.”

Susan was presented the Officer of the Order of Canada Award, and was awarded the Governor General's Lifetime Artistic Achievement Award in June of 2016. The founder and program developer of the Arctic Rose Foundation, she is also set to receive the Humanitarian Award Presented by Music Canada at the 2022 JUNO Awards.

When asked what advice she would give this next generation of Indigenous talent about pursuing their musical dreams she reflected on the past and how exciting the present and future is now. “The path is now open for this next generation to walk with strength and pride. Truth and reconciliation has created a healthy environment now for the amazing Indigenous talent that is out there, just waiting to be discovered. One of my goals is to try to put a tour together a musically indigenous touring event that would take the legendary Indigenous artists teamed up with the new, fresh talent out there and get back on the road, playing live. Right now, anything is possible.”

Susan Aglukark is one artist you need to pay attention to on so many levels; spiritually, musically, morally. We all need to learn and the music is a way to take us on that path.