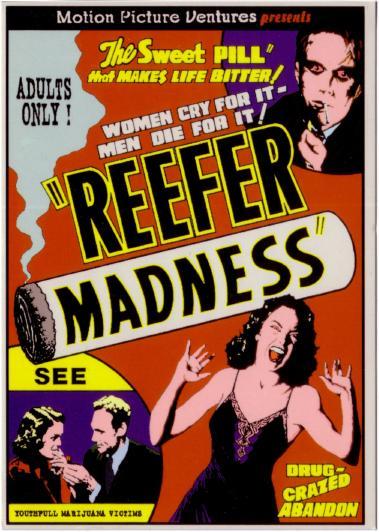 It’s pretty obvious Justin Trudeau mined for young votes an untapped source and got ahead of his feeble opponents who by all counts knew the plant was drying in the dorm stalls of their youth.
It truly is about time we legalize and savor the profits from the forbidden plant. Sucking families dry through gambling to me seems downright evil yet governments rely heavily on the faith of the weak, downfallen and underpaid to fill the coffers.

People smoke everywhere – who hasn’t. Hardly a day passes when I don’t recognize the sweet pungent smell of herb – it’s in and around. In fact, I see more people smoking freely on Main Street than at festivals.

It’s been decades since I last inhaled but I must admit I miss lighting up in cinemas and near the bandstand. Oh, the follies of youth!

This was one of those WTF is Bill doing moments. The band didn’t smoke or imbibe in anything heavier than light beer. I whisper, “Why didn’t you play the final chords?” Someone says, “We aren’t anywhere near final.” I sat there wondering where the time went and trying to figure out how I got “lost in song.” After the set some dude came over and said,” so what did you think of the high?” I couldn’t remember.

One summer night in the early 70s’ we traveled with a neighborhood brigade to party at a ‘Reefer Madness’ midnight showing and the whole room was freely passing joints - talk about side splitting laughter. I even brought a rolled hash joint packed in nauseous tobacco. That truly set the head spinning. I remember thinking – soon comes legalization. Was I ever in for a lengthy letdown.

Still the best was the afternoon premier of Woody Allen’s ‘Sleeper’ at the demolished Uptown Cinema.

My musician buddy Kenny Baldwin and I rolled a couple, centered ourselves and lit up having no idea what the film was about other than in previous months we had laughed our asses off watching Allen’s, “Take the Money and Run,” and longed for more. There were possibly ten people in the cinema counting ushers. The next hour plus all you heard was two howling crazies rolling in the aisles. Of course the weed was mixed with tobacco to camouflage the stink odor. I don’t think it worked that well – we were warned a couple times and had difficulty responding and controlling the laughs. In fact, we kept reciting Allen’s funniest lines back at the dude.

Politicians play the numbers and hot button issues game. They’ve mostly been to college and camped in frat houses where beer and pot are nutrient staples. They didn’t just causally smoke - they death-bonged - none of that pass the thin joint and politely share with friends – but that “go for the coma” thing of which I’ve never understood. I’ve never been in that state of mind and avoided ever entering or being trapped in a frat house of prancing loons. I preferred hanging with a pack of Twinkies and an empty couch and a night of Emerson, Lake and Palmer.

Alcohol is much more potent and lethal. The numbers don’t lie. There are too many fatalities to count from highway accidents and inebriated murderous spouses to lose this argument and then there are those plain mean drunks who wander the back aisles of night clubs looking to smash face. I’ve never met an angry pot smoker unless they mixed the two or they’d been ripped off.

Pills kill and ruin lives. We live in a medicine cabinet drug culture. I truly hate that shit. I avoid taking pain killers. It’s where the head goes. I live for a clear, cold glass of spring water and brain in the same crystal condition.

Millions have done time in jail; billions wasted trying to keep them there – lives and reputations destroyed over nothing. Legalize drugs, diminish the profits and encourage counselling and treatment. The dollars to be made with pot could pave the way to a more economic sound future. Let people barter with each other and make a few extra dollars which will surface in our economy. The only reason we haven’t moved that direction is big corporate interests must be served first – and that’s figuring out a way of screwing the average Joe out of making a few dollars that would never flow from a government ordained source. It’s always about who owns the oil, the resources, now water – where the game is played. There could come a time when all pot is birthed from Monsanto seeds thus the evil ways of seductive Mary Jane will all be forgiven and the quality diminished to gerbil bedding.