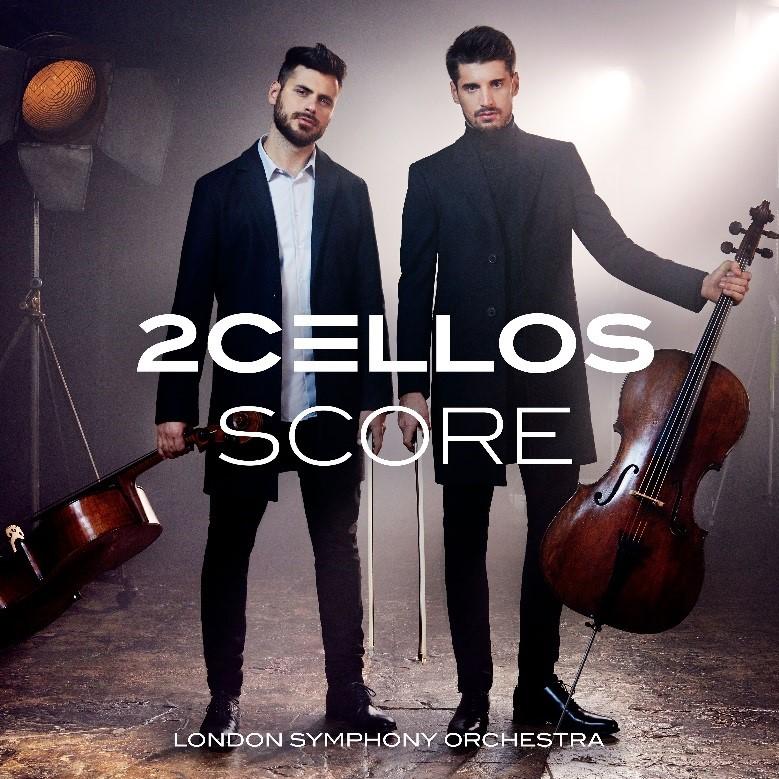 2CELLOS, music's most electric and dynamic instrumental duo, release a new video for "Chariots of Fire" from their new album SCORE (Portrait/Sony Music Masterworks), available now. The video was filmed in Croatia and features Luka Sulić and Stjepan Hauser playing on a stunningly scenic beach.

"Summer is here so we thought we'd kick back and enjoy playing 'Chariots Of Fire' on the beautiful Zlatni Rat Beach in Bol, Croatia," said Luka and Stjepan.

SCORE brings 2CELLOS' game-changing sound and style to the most popular melodies ever written for classic and contemporary movies and television.

The guys will kick off the US leg of their tour in July performing at iconic venues like The Greek in LA and Red Rocks in Colorado. In September they will perform for the first time at New York's Radio City Music Hall. 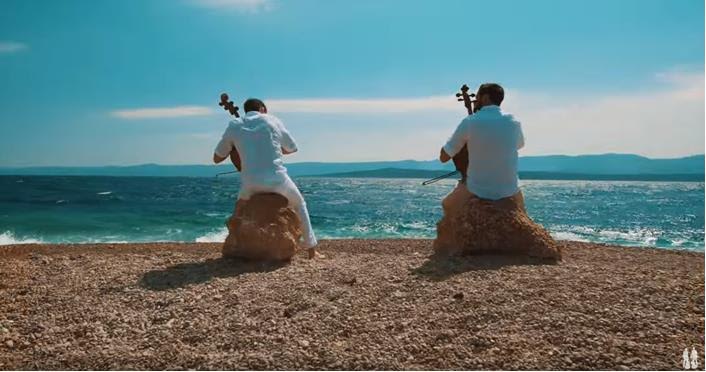 The album opens with an arrangement of Ramin Djawadi's melodies that score Game of Thrones, culminating in the bold Main Title theme, in which the stirring sound of cellos announces each of what may be the most eagerly awaited episodes in contemporary television.

Themes that drove some of the biggest epics in movie history are also featured in fresh new treatments - favorite Oscar-winning themes from James Horner's score for Titanic ("My Heart Will Go On"), John Williams' score for Schindler's List and Vangelis's score for Chariots of Fire, as well as "For the Love of a Princess" from Braveheart (also by Horner); "May It Be" from The Lord of the Rings: The Fellowship of the Ring (introduced in the film by Enya); and the inspiring "Now We Are Free" from Gladiator, by the film's composer Hans Zimmer, Lisa Gerrard and Klaus Badelt.

The vocal beauty of the cello's sound is a perfect match for a brace of romantic themes. They include Ennio Morricone's beautiful themes for Cinema Paradiso and Malena; Nino Rota's love theme for The Godfather; Francis Lai's Oscar-winning theme from Love Story; Hans Zimmer's theme from Rain Man; and Stanley Myers' haunting "Cavatina" heard in The Deer Hunter.

2CELLOS have forged a signature style that breaks down the boundaries between genres of music, from classical and film music to pop and rock. As impressive when playing Bach and Vivaldi as they are when rocking out, Sulić and Hauser know no limits when it comes to performing live. They have sold out shows around the globe and also performed with Sir Elton John as part of his band, as well as opening his shows to rapturous acclaim.

2CELLOS were the first instrumentalists to be featured on Glee. They have also appeared multiple times on The Today Show and The Ellen DeGeneres Show in addition to The Tonight Show, The Bachelor Live Wedding Special among others. Their self-titled debut album, IN2ITION and Celloverse are available on Portrait / Sony Music Masterworks.