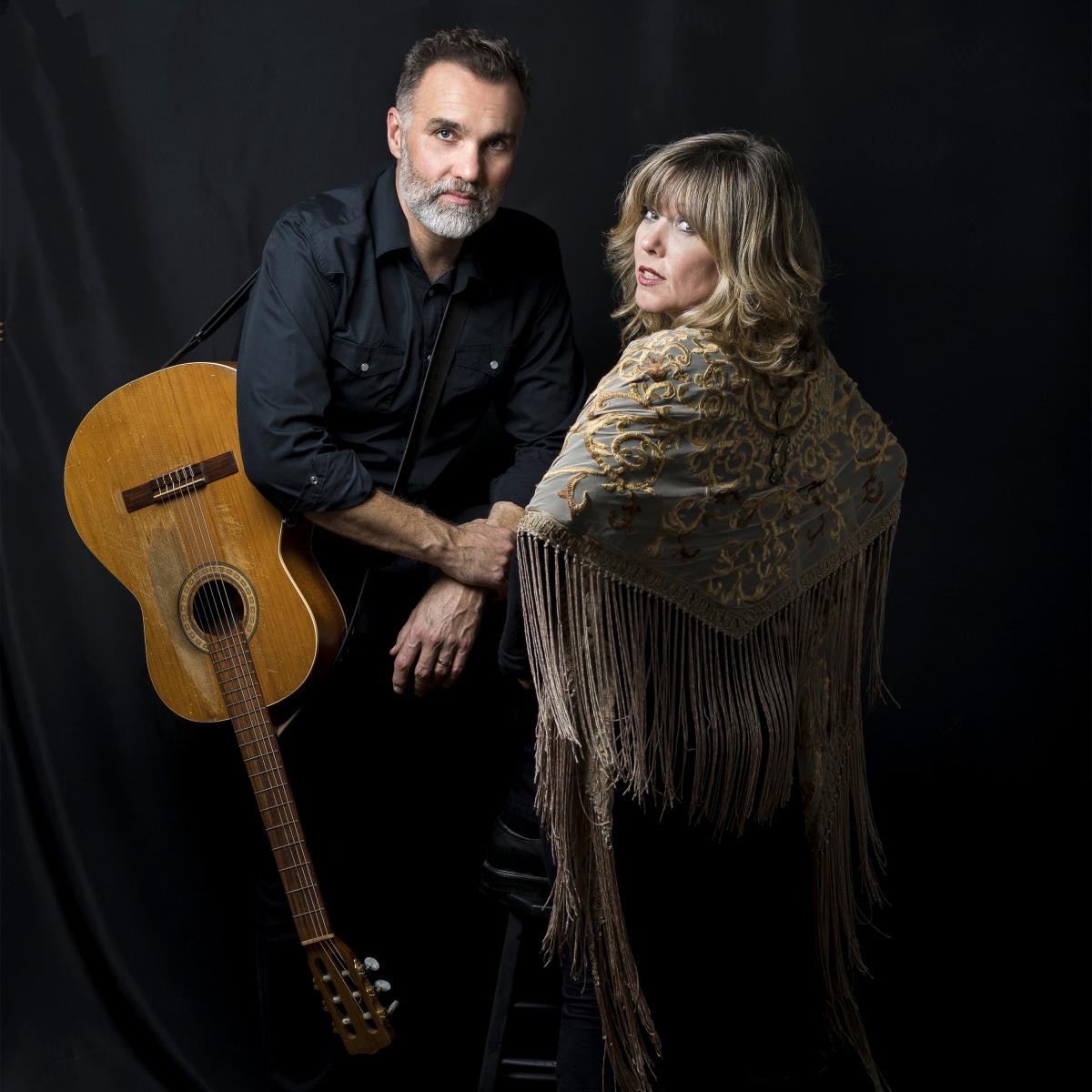 COVID19 -- Food bank open by appointment only, call and leave message at any time but please do not call Mon or Thurs * counselling service by phone -- call for appointment or visit website to register

Stepping in with this pumped up Motown flavoured number that doesn’t need to wave its politics in your face, but such is the nature of the times that being about the music just isn’t enough anymore.

Originally released in 2016, Vancouver-based singer-songwriter Reid Jamieson’s “Super Hero Girl” has been hitting the charts in February 2021: Celebrating Women’s voices on the world stage, this anthem was inspired by all that women have accomplished and will continue to do. “Super Hero Girl” was written (and produced) by Reid Jamieson and his wife Carolyn Victoria Mill. Jamieson’s yer red velvet cupcake with chilli sauce vocalist and the song features JUNO Award-winning saxophonist Tom Keenlyside on horns.

In light of the upcoming International Women’s Day on March 8, this track is topical and timely – and joyfully upbeat. “Super Hero Girl” is available on all major platforms. For more info, check  reidjamieson.com

Electric Religious is the cultural deep dive of Métis singer, songwriter, and guitarist, Brandon Baker. Baker's work explores themes such as leaving and being left, identity schisms of the soul, Here’s his riff on current single ‘Catherine.’

“I was inspired by Leonard Cohen's novel, Beautiful Losers, about a fictional character's obsession with Catherine – a historical woman and controversial figure embodying the suffering of Indigenous people and the ugly realities of colonialism. “Catherine Tekakwitha, who are you? Are you (1656-1680)? Is that enough? Are you the Iroquois Virgin? Are you the Lily of the Shores of the Mohawk River? Can I love you in my own way?"

“I grew up Catholic and found the entire experience bewildering. As a child, I felt on one hand, in awe that there was a greater power, a God who knew my secrets, who had the power to punish. On the other, I came to feel as if it was all a great conspiracy, designed only to control my behaviour rather than to lead me towards the light.⁣⁣

“This push and pull has followed me throughout my life—half one thing, half another. Half mystery and beauty, half mistrust. Catherine—half Mohawk, half Catholic saint... who are you? Do I know you? Are you me? ⁣⁣

“I find myself thinking about the moment my ancestors on Turtle Island merged with my European ancestors in the Haudenosaunee Confederacy of Northeast North America. My Scottish forefathers, the Campbell's, expanded the Northwest Trading Company's routes, moving towards the western prairies and bringing with them their Mohawk wives and children. My curiosity about my lineage led me to the Iroquois, and the life of Catherine Tekakwitha, and the dichotomy of an Indigenous laywoman canonized as a Saint by the Roman Catholic Church.”

So this is one layered song, delivered with punch and a longing for a recently discovered past. Also, his guitar chops are none too shabby.

Montreal-based chillwave artist Edwin Raphael shares his Staring At Ceilings EP produced with Marcus Paquin (Arcade Fire, The National, Local Natives) via Dine Alone Records. The 5-track EP reflects the spectrum of human indulgence and the cost of our anxieties. From start to finish, the project reveals a progression from hopelessness to optimism and that the human mind is capable of going to the bottom of the sea and still making it out under the sun.

"As with every new day, the earth revolves the same, you live things a little like yesterday, you leave a little space for the hopes of something riveting but it’s rare. But every so often you stumble upon that day where everything is nothing like you knew before. You see colors you’ve never seen before; you stare at the same ceiling but it gives you an entire cosmos today."

The opening track “Time To Sink” begins softly, advanced by textured vocals, sharp horns, refined guitars, and crisp drums. The track embraces stillness even when life continues to shift back and forth with light.

Edwin works with the nuances of a Jeff Buckley or a Bon Iver, infusing his soulful vocal with a restrained intensity. It's gorgeous, striking, showing a promising hand with the arrangement and possessed of a rich minimalism.

“Sea Of Things” is an ode to existence and dissociation catalyzed by anxiety, a testament to the chaotic and oftentimes perplexing nature of the ocean and of living without control.

Edwin released his first single off the EP Staring At Ceilings, “Mild Sanity (feat. Juletta)” this past fall. Deeply absorbing and incredibly cathartic all at once, Edwin’s languid vocals and atmospheric melodies take listeners’ minds outside the cruelties of the world’s relentless wreckage. “Mild Sanity” is also elevated by NYC pop singer-songwriter Juletta’s ethereal cadence.

Influenced by artists such as The Villagers and Ben Howard, the title track comes on like a much-needed sign of relief, a wide screen hug.

“The After” closes out the EP and Edwin hails the track as that “first breath you take after having spent a considerable amount of time underwater.” Doubling down on ambiance, “The After” focuses on textures and production that are unconventional and unpredictable. These particular sonic choices support the track’s theme of confusion just before it embarks on new challenges ahead.

Multi-talent vocalist TIKA's debut album Anywhere But Here is out y’all. The 10-tracker features new single "Walking Disaster", a duet with Desiire, the talented Congolese Toronto-based vocalist. The video for "Walking Disaster" was directed by Victoria Long. Once a champion and promoter of local talent

such as Daniel Caesar, Jessie Reyez, Clairmont the Second and more, the time has finally come for TIKA to take centre stage.

"Walking Disaster is a song that I wrote about a really abusive relationship I was in when I was 19. This person just didn’t like me very much and he also didn’t like himself, so we were in this really toxic exchange. I had really poor self-esteem and no clear guidance or direction in terms of how to actually be in a relationship. He only liked my music and he liked when I would be praised by other people but he didn’t actually like me. It took me a while to detach myself because there would be times when he would love-bomb me and it would confuse me.

“I wrote Walking Disaster a few years after I escaped from that relationship. I was living in an apartment and it just so happened to have a guitar and I taught myself how to play and wrote this record. When it was finished, I kind of just left the song alone and was very afraid of it. Similarly to my fear of him. I eventually asked Desiire to be on the record because at the time I didn’t even have the emotional capacity or the strength to sing it by myself. I was terrified of the song and what it represented. I realized I needed some kind of support. So, it turned into a call and response. That’s what made me feel safer about singing it. It’s a really powerful track and a cathartic one for me because I feel like I’m releasing something that may hopefully heal someone else."

Watch Walking Disaster video featuring Desiire. TIKA nails it with a tremulous vulnerability. One to watch:

New voice on the radar comes out of singer-songwriter Sharaya Summers on her edgy video for latest single "Get What You Give" directed by JD.

“For me creating art is what helps me process my thoughts and emotions. The stuff churning in me just kind of finds its way out, after which I can look back and try to understand it. This video is one of those pieces for me. It felt so good to get it all out, but I’m still trying to wrap my head around what I’m trying to say. Director JD created the concept, drove up from LA, (to my hometown in Oregon), and shot the whole thing in a few days. I think she would agree that the end result is open to interpretation."

Summers used to describe her sound as “yacht-rock, or dad-rock, but with a female vocal”. After giving birth to her son in late 2019, she is aiming to redeem the phrase “mom-rock”. Summers debuted her first single Light of the Moon in 2017 garnering over 2M streams on Spotify and a steady flow of indie-darling-praise from such as Idolator and Clash for her lilting soprano pipes. The performance here leaves the impression there’s more good stuff to come.

Get What You Give here

Montreal based artrockers Braids are thrilled to start 2021 with a brand-new “Young Buck” remix from renowned New York-based DJ Python. The lead single from their most recent album Shadow Offering was widely praised by fans and media when it was released a year ago. DJ Python’s take on the track is hypnotic, throbbing and intoxicating. Electronic modulations of Raphaelle’s voice project the listener to an out of comfort, new dimension where Braids is suddenly dominating the dance floor. Amid this year-long pandemic struggle, it is time to reclaim dancing and expressing ourselves.

“Upon receiving DJ Python’s remix of our track Young Buck, my pining for the dance floor kicked in, I pulled my car over to an empty parking lot and turned the volume up as far as it could go. Alone beside

the concrete barriers of a now desolate shopping mall, I was reminded of bodies beside bodies, of a night that you never want to end, of sweat, of joy. For a moment I was transported from my new and uncomfortable reality: distanced, living through a pandemic, to memories streaming behind my closed eyes, of a life lived prior, and one that will be lived again.

“This track offers the fuel needed to keep going, the energy needed to stay hopeful. When I close my eyes and dance to it in my living room, I am at the club and the club is with me, “ sez the trio.

Braids most recent album Shadow Offering co-produced by Chris Walla, is out now via Secret City Records. A luscious and expansive release, Shadow Offering leads us through an interwoven tapestry of narrative. With heartfelt honesty and precision, Braids conjure a nuanced and complicated world: one full of beautiful contradictions. Very much like the real thing, minus the physical pain. Braids currently consists of Raphaelle Standell-Preston, Austin Tufts and Taylor Smith and they’ve been together as a musical unit since high school in Calgary. The sound employs lush electronics, layered, at times over the top vocals, delicate piano pieces and badass drumming. There is a beauty here that is at once manipulative and authentic but I’m gonna forgive them in the context of this most ambitious outing.

Get up and dance with ‘Young Buck’ the Python mix here: