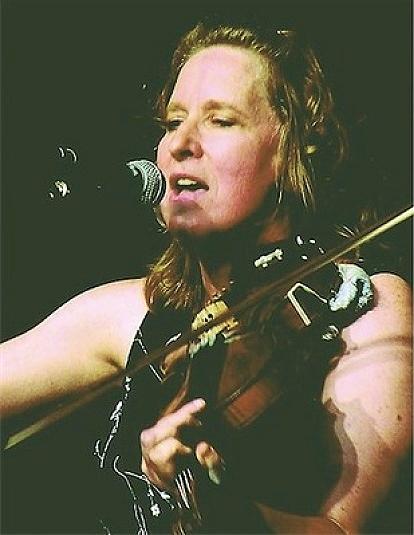 Thanks to FACTOR the fest brings English-speaking Quebec artists for a special event called Anglo-Folkies. Artists featured are (from Montreal), alt-country singer-songwriter and troubadour, BOBBY DOVE; and BLUESREEL, a harmonica-guitar duo inspired by the folk tradition from both sides of the Atlantic; plus the good-time, Canadian blues-charting band DURHAM COUNTY POETS.

Other newcomers include the DIRTY DISHES with their spirited, tight three-part-harmonies and covering folk, country and gospel; Toronto-based singer-songwriter KAT GOLDMAN; Celtic-influenced groups CLAN HANNIGAN – an intergenerational family band that takes traditional Irish music and blends it with elements of jazz, pop, and other folk traditions – and blowing in from the east, JESSICA PEARSON & THE EAST WIND who blend country roots, bluegrass and folk with an infusion of their newly acquired Celtic sound. Toronto-based bluegrass outfit SMOKEY FOLK will keep everyone hopping and they’ll join hillbilly swing duo HOTCHA! plus singer and fingerstyle acoustic guitarist MR. RICK for the annual and much-loved Americana Pie showcase.

Nashville alt-rock-five-piece Moon Taxi has worked the grind from bar band to Bonnaroo buzz-band to being talked about in Kings Of Leon tones. Just dropped the first single, Good As Gold off their fifth studio album, Let The Record Play, out via RCA Records. The feel-good anthem is a jammy dance party ably abetted by upbeat horns and keys. Good As Gold, as well as Let The Record Play, and single, Two High, are available as instant-grat tracks when fans pre-order the upcoming album. Good As Gold, the most recent instant-grat track, has already become a fan favorite with over 1.5 million streams on Spotify in less than a month.

Current single Two High, is a global streaming hit, certified gold in Canada and has broken into the top 20 at Alternative Radio. In addition to reaching #1 at Triple A Radio in the US, it is being played on Sirius XM’s The Spectrum, Alt Nation and Jam On, and has garnered over 72 million streams on Spotify alone. The band recently released the official music video for Two High, which trails the band and their fans throughout the world, backstage and on stage at those electrifying live shows that have earned them millions of fans. Listen/watch the video for Two High here

Swoonworthy Aussie singer/songwriter Kim Churchill is gearing up to return to Canada with a cross-country tour begining February 22nd in Rimouski, Quebec and making stops in Montreal, Toronto, Vancouver and more.

Kim will be touring in support of his latest full-length Weight Falls, released last year via Cadence Music. Setting Weight Falls apart from Churchill's previous releases is its sense of adventure and unpredictability, characterized by chopped-up drum samples, unusual harmonies and moments of disarming lyrical honesty. First single "Second Hand Cars" reached #10 on CBC Radio 2, was in high rotation in Australia's Triple J for 20 consecutive weeks and has been playlisted over 25,000 times on Spotify. The album has hit over a million streams on Spotify since its release.

Jeremy and Jessi Brock are the husband & wife songwriting duo known as I Hate You Just Kidding, out of Cosa Mesa CA . They started making music together shortly after meeting and formally formed the project in 2009.
Their music has been featured in film/television and commercials, and they have gone on several national tours, leaving two EPs and one full-length album in their wake.

Upon releasing their debut "Days Grow Longer" in 2011, I Hate You Just Kidding began writing a follow-up. However, the touring life sometimes takes a few detours. After a 5 year hiatus, the sophomore album “Constellations, a collection of layered and at times contrary folk-pop, poked its head above the ground on Groundhog Day, February 2nd, 2018.

First single, "Smokestacks" is pretty straightforward, lyrically; "it’s written from the perspective of someone dealing with depression in various stages. Musically, it’s upbeat and the tone is hopeful. A lot of songs about this subject matter, even though we love them so much, can make you wallow, and the sadness is at the forefront of the song. "Smokestacks" attempts to hide the struggle to be happy and healthy in the same way people sometimes do. We want our songwriting to be able to catch the ear of the listener and let them know they aren’t alone, but we also want it to be uplifting." - IHYJK

No tour dates yet but can't be far behind.

Fresh from a four-continent tour that saw her play high-energy concerts across the United States, Canada, Japan, Australia, and the United Kingdom, acclaimed rocker Terra Lightfoot has released a new video for her infectious single “Pinball King” and announced a new run of North American live dates for early 2018. With her recently released album New Mistakes , out via Sonic Unyon, Terra Lightfoot offers up something rare: the kind of genuine document that can only come from a road-tested breed of songwriter and performer. Shot through with the guitarist-vocalist’s powerful, bluesy soul, vivid lyrics, and ferocious six-string virtuosity, it’s an unforgettable outing. The freewheeling video for “Pinball King” reunites Lightfoot with director Dustin Rabin (Foo Fighters, QOTSA, Billy Talent), and features a cameo from Luke Bentham of The Dirty Nil.

From the ground-shaking stomp of “Paradise” and wild-eyed energy of “Pinball King” that open the set to the psychedelic, gospel-tinged album closer “Lonesome Eyes”, the steeltown native’s third record distills her masterful talent to its electrifying essence. It’s Lightfoot’s hungriest and most raw album to date. Lightfoot will wrap up this run of live shows alongside her recent Australian tourmate, celebrated songwriter William Crighton, reuniting for a string of concerts across Western Canada. Crighton will be showcasing new music from his anticipated second album, due for release in 2018.

Another Hamilton, ON act, the four-piece rockers Ellevator are sharing their latest single “New Survival” and announcing their upcoming tour dates across Canada with Matt Good and Our Lady Peace beginning on March 16.

“New Survival” is a song about “leaning into my weakness and letting go of an identity I had been building for so long,” says frontwoman Nabi Sue Bersche. “I grew up with people telling me I was special. My knack for writing simple songs was put on a pedestal and treated like a superpower. I was taught that I was a conduit for an unseen force, chosen from the crowd to leave a mark on the world. That responsibility terrified me, and I spent a lot of years trying to live up to other people’s high-hopes. The pressure built up until it broke me, and early into adulthood, I began to see myself for what I was: tender, weak, and nothing like the great master I thought I’d be. The song is about finding the person underneath all the noise and learning to live with them, even if I don’t always like them.”

For this tour Matt Good and Our Lady Peace have partnered with PLUS1 so that $1 from every ticket will go to support War Child and their work with war-affected communities to help children reclaim their childhood through access to education, opportunity and justice.

Support live music. It knows where you live.