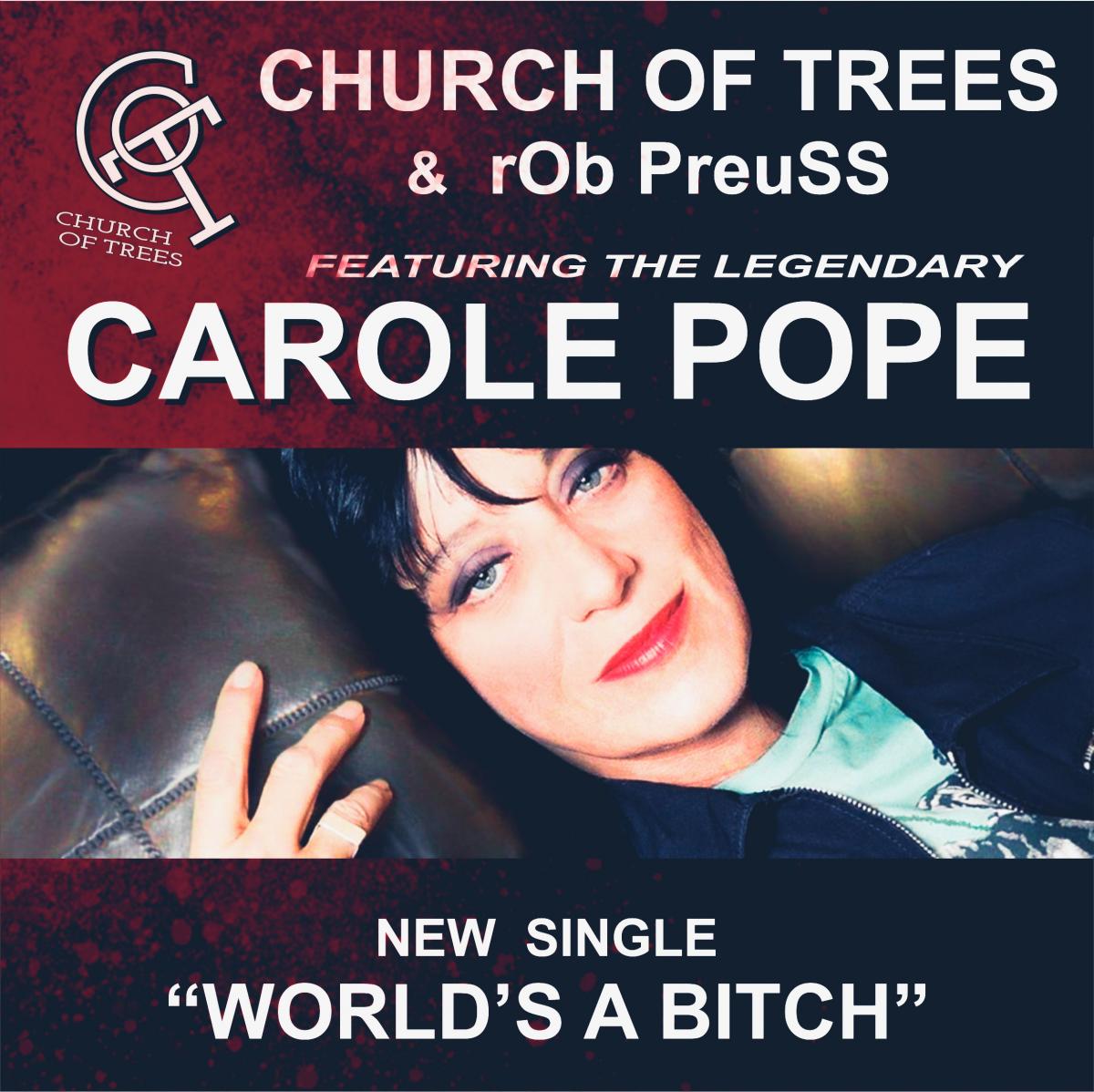 Ottawa synthpop band Church of Trees has hooked up with legendary Rough Trade vocalist, Carole Pope, on a new single WORLD’S A BITCH. The single captures the global angst over the COVID pandemic and the desperate need for vaccine distribution.

The JUNO award-winning Pope, who pushed the boundaries of sexuality and sexual politics both in Rough Trade songs and on stage, says “I think the song encapsulates how we’re all feeling about being locked down… and you can dance to it!”

Church of Trees founder Bernard Frazer brims with excitement describing his experience with the rock icon. “She was delightful! They say to never meet your heroes because they’ll disappoint, but Carole was extraordinary, and in such fine form!”

Pope’s connection to the synthpop band was orchestrated by former Spoons/Honeymoon Suite keyboardist Rob Preuss, who now resides in New York City.  While working separately with both Pope and Church of Trees, Preuss had a lightbulb moment and suggested that Frazer write something that might suit Carole’s voice.

Frazer says, “I leapt at the chance. I’ve been a Rough Trade fan since the 70’s, and Carole’s voice has always resonated with me. So, to write for such a legend was a dream come true.”

After recording the demo with Jordon Zadorozny of Pembroke’s Skylark Park studio, Frazer sent it to Preuss, who pitched the song to Pope.  “I couldn’t believe she liked it” Frazer proclaims.

Two weeks after Pope gave the greenlight, Frazer arranged studio time at Toronto’s Orange Lounge and made the 4-hour drive to Toronto to produce her vocal session.

The new Church of Trees track is one of several musical projects Pope is working on, including Attitude: the Musical, which is based on the life of her brother Howard, a New York-based musician who died of AIDS in 1996. Pope hopes to bring the musical to the stage later in 2021.

The new single, WORLD’S A BITCH, is available at: churchoftrees.bandcamp.com as well as all streaming services.