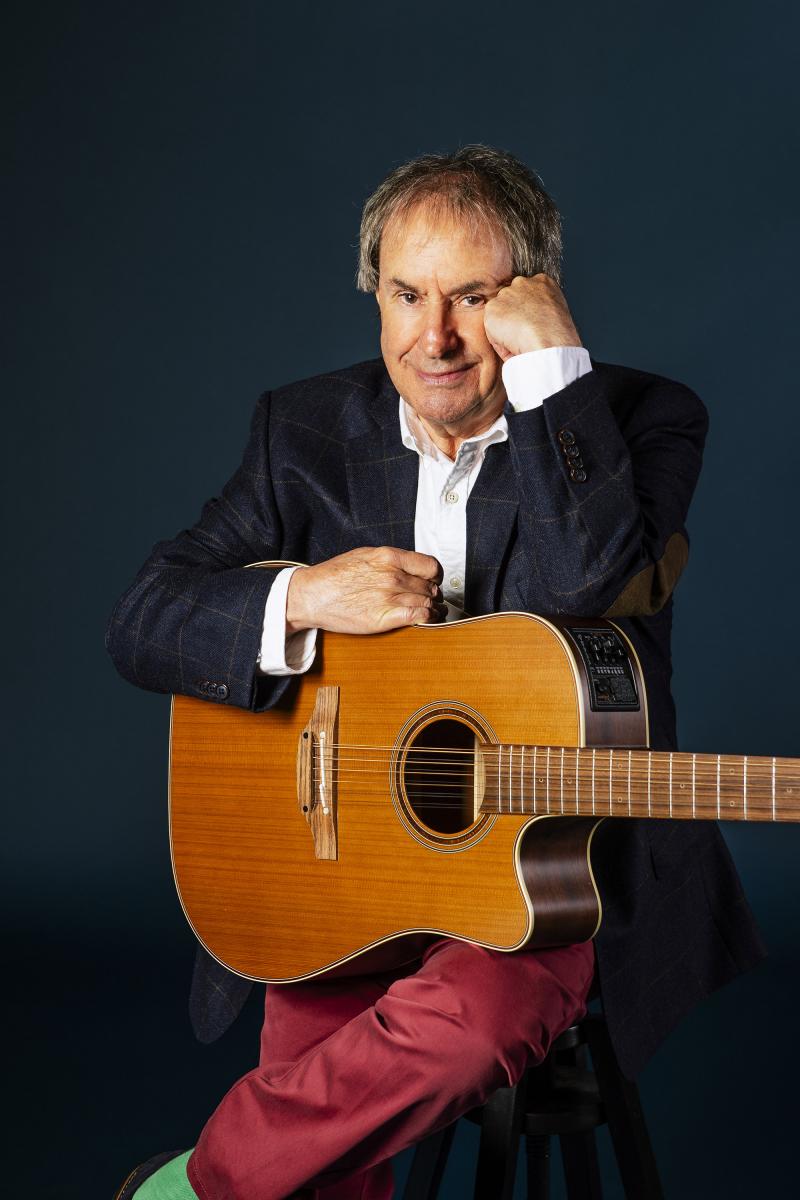 Re-imagining the fabled tale of a folklore favourite has been the latest creative challenge for Chris de Burgh, and his new album, The Legend of Robin Hood, finds the iconic artist at his imaginative best.

Available now, the compelling release breathes music and lyrical life into a centuries-old and much-loved classic, re-telling the story with cinematic vision coupled seamlessly to music of emotional depth and power. The concept for the 27th studio album by Chris emerged from his involvement in ‘Robin Hood’, a stage musical about the infamous Sherwood Forest nobleman and his band of outlaws. Chris was invited to contribute storylines and melodies to the musical, which will be produced later in the year in Fulda, Germany, by Spotlight Productions, a theatrical company that has already mounted eight successful musicals.

“Since I was writing songs for this,” he explains, “I thought ‘Why not expand the story and put an album out, too?’”

Chris was eminently qualified and able to do that on any number of levels. Most significantly, with his 2010 album Moonfleet, based on the book of the same name, he had crafted a highly successful musical interpretation of an already existing story.

None of which necessarily made tackling Robin Hood any easier…

“I learned a great deal from Moonfleet — particularly how to set out a story in sequence,” he says. “If I had a problem advancing the story in song, I’d just go and read the book again. This time, we didn’t have a book. There is no book! I had to create my own story, my own version of this classic tale. In my story, Robin Hood is not a hero, but circumstances and injustice to others turned him into the hero that is now known all over the world. He initially comes across as an obnoxious young man in his late teens, but he subsequently shows a different and compassionate side and the qualities of a born leader.”

As has only very recently been suggested by a respected historian, Robin Hood is thought to have been a key target of King John, his son King Henry III, and their powerful justiciar (law-maker) Hubert de Burgh — who, almost incredibly, is an ancestor of Chris himself.

Given the inconsistencies concerning the dates in which Robin Hood is thought to have lived, Chris tells his version of the legend as if it were many years after Robin’s death — and in the setting of a candle-lit tavern where a small audience has gathered to hear it conveyed by a StoryTeller and enacted by his musicians, actors, and singers. It has the romance and magic of a minstrel entertaining and enlightening the listener, and that is precisely what has made Chris so unique and peerless throughout his long career.

The tenth Chris de Burgh album to be produced by Chris Porter, The Legend of Robin Hood is, like Moonfleet, another aural extravaganza, played flawlessly by seasoned, talented musicians across a plethora of musical styles — from Medieval, ‘traditional’, nursery rhyme, folk and Celtic-infused to rock, classical, and choral.

Regardless of its central theme, the album stands up on its own as a new collection of vintage Chris de Burgh material, with instant, sing-along crowd-pleasers like “Live Life, Live Well” and “Open Your Eyes.”

It includes a new and reworked version of live favourite “Light A Fire” — from his 1982 album The Getaway — and the show-stopping, message-bearing anthem, “Legacy.” “You’ve always got to leave your audience singing and waving their arms in the air,” says Chris, “and I think ‘Legacy’ will do that.”

As ever, Chris has written songs with a view to live performance. “We’ll certainly be performing the album in its entirety on stage when circumstances permit us to safely tour again,” says Chris.

Available now via Justin Time Records, The Legend of Robin Hood is an album of evocative escapism, and a tonic for our troubled times.