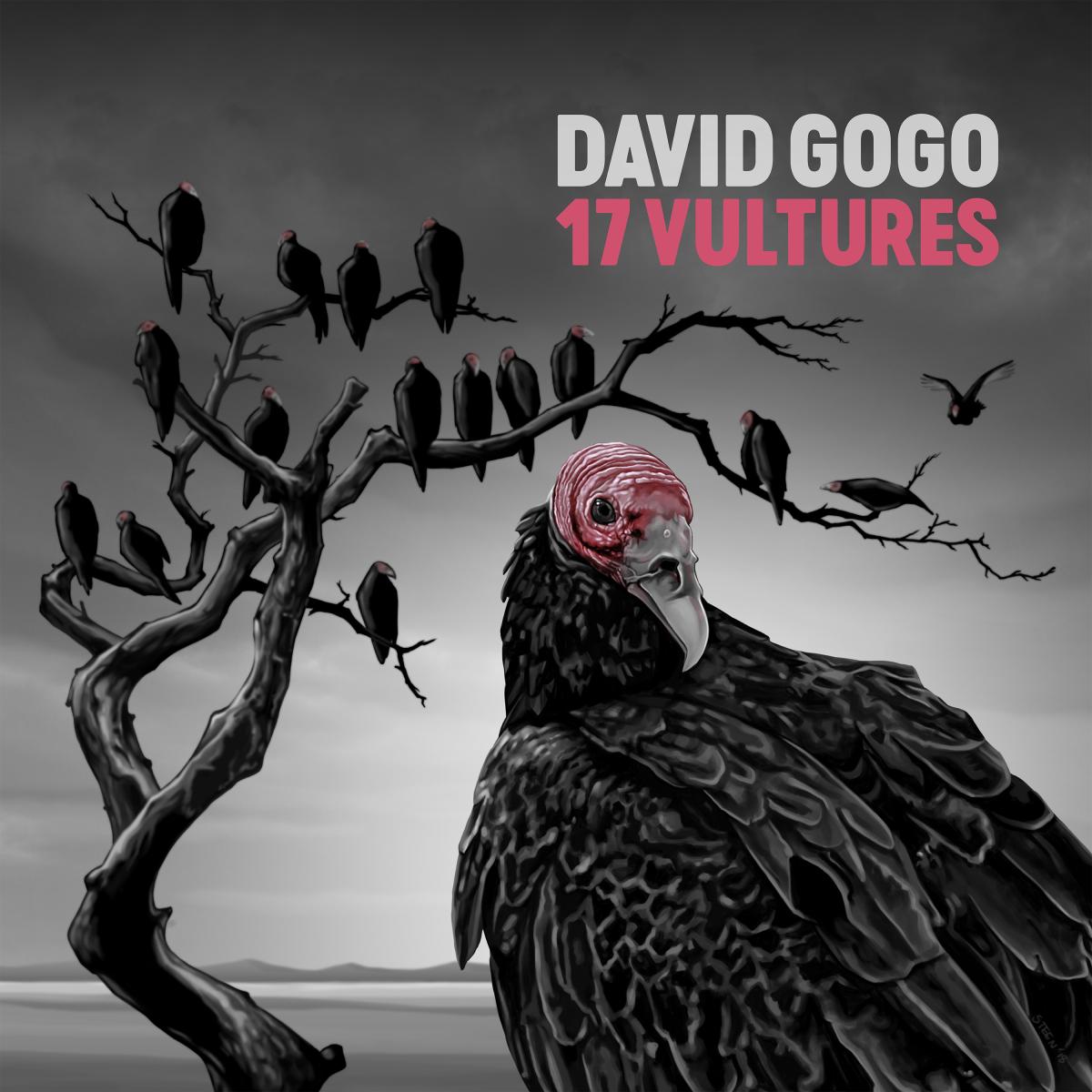 “In the past, I was afraid that if I mixed my acoustic songs with my more rocking material it would confuse people. I don’t think I was giving people enough credit, as I was listening to The White Album by The Beatles recently and thought ‘Well, the diversity shown on this collection didn’t seem to hurt!’”

’17 Vultures’ features five original songs by David Gogo and a selection of cover songs from a diverse cross-section of musicians, including The Beatles, Barbecue Bob, Doug And The Slugs and Bob Dylan, showing off his flexibility as an artist. The original tracks on the album are some of the strongest in Gogo’s career.

As a six-time Juno Award Nominee and a three-time recipient of ‘Guitarist of The Year’ at the Maple Blues Awards, David Gogo is highly regarded as an artist in the forefront of Canadian Blues.

Gogo’s accreditations further extend to accolades such as ‘Musician of The Year’ at the West Coast Music Awards, ‘Blues Recording of the Year’ at the Western Canadian Music Awards; and The Great Canadian Blues Award, which was voted by listeners of CBC’s “Saturday Night Blues” to acknowledge his lifetime contribution to Blues in Canada.