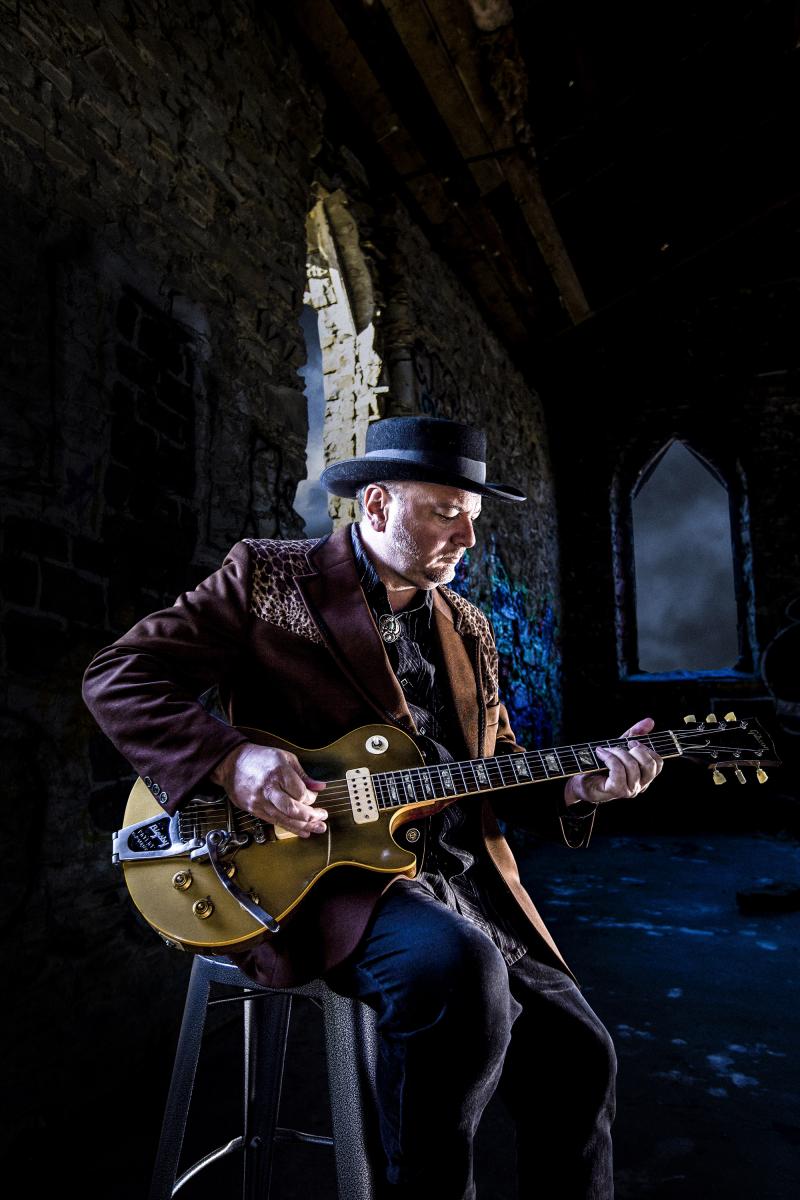 Nanaimo, BC’s multi-award winning and JUNO nominated Canadian artist David Gogo knows the blues, and so does his songwriting, his guitar, and his sharp-witted lyrics that relate as easily as they break your heart. And nowhere is this more apparent than on the roots rocker’s newest album and single of the same name, Silver Cup.

‘All of my life has been the same, and I ain’t never, never gonna change,’ Gogo whiskey-sips over a slide guitar on “Never Gonna Change,” a lead track from his 2021 release, Silver Cup. It’s a set up to an old-fashioned, yarn-spinning story of life from the hard side of the tracks, and the commitment to leaning into what’s created of you.

“I was listening to my vinyl albums, going down rabbit holes on the internet, reading biographies of musicians, and playing my many guitars and just feeling the energy of so much great music,” Gogo says of the album and song’s inspiration.

Serving up his sixteenth full-length album, Gogo knows a thing or two about laying it all on the railroad ties of truth. This album, birthed of a global shutdown pandemic, is a passion project penned acoustically alongside long-time friend and producer, Steve Marriner. Gogo says he utilized the downtime the pandemic provided to delve deep into his heritage; Silver Cup becoming the liner notes of his history.

“The title track was inspired by an antique cup made in the 1800’s that was passed down to me from my 95-year-old grandmother,” Gogo reveals. “The cup once belonged to my Great, Great, Great Uncle James McKay who was a Métis builder of Canada. McKay was originally a trapper and guide, but eventually was involved in the negotiations of Treaties 1 through 5 and held several positions with the newly formed Province of Manitoba, including dealings with Louis Riel.”

How could this incredible Familia legacy not pour its way into the cup of Gogo’s creativity and immensely talented storytelling? “I am very excited about the release of my new album, Silver Cup,” he says. “These have been difficult times for all of us, and the music industry in particular has taken a severe beating. Despite the uncertainties, I felt that the one thing that I could focus on was to stay creative. Having spent my adult life playing on the road, I took the lockdown as an opportunity to woodshed and get back to the roots of what made me the artist that I am today.”

While his own DNA may spur a classic blues tune (or in the case of Silver Cup, 10 blues tunes!), Gogo’s legacy is also one to be written about and praised. This album is cut after cut of authenticity; from trilling honky-tonk piano to Gogo’s, to spoon-slapping harp sung straight outta the boot-stompin’ blues stage, Gogo commits himself to his craft, and his allegiance to the blues. His vocals are laced with grit and grime, purity, and clarity, and the titular track produces captivating acoustic riffs, lyrics oozing truth and relatability — a vibe that causes you to wonder if you just walked into the best kept Western you’d never seen.

“Of course, there are a lot of blues to fill your shoes,” Gogo says. “Steve and I had fun getting the sounds we were looking for out of the vintage acoustic instruments on hand, and we even wrote a couple of songs together.

“I can’t wait for things to get back to normal so I can hit the road with these new songs. In the meantime, I hope you enjoy listening to this album as much as we enjoyed making it!”

Settle in. Sit back. Set the speakers. Let the needle drop on David Gogo. And sip.