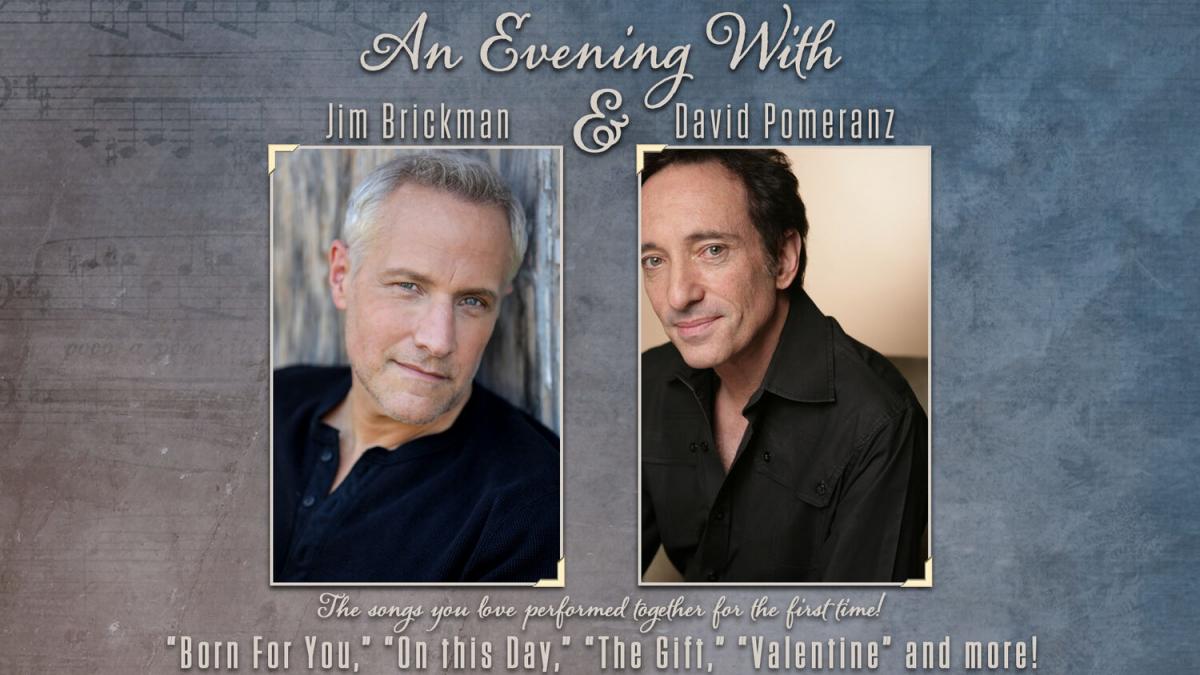 David Pomeranz is by far the voice of romance and still has the magic today in his performance and latest offerings in soon to be released new album. His recording and songwriting projects have earned him a total of 22 platinum and 18 gold albums - selling over 40 million records internationally. He has achieved success in virtually every entertainment medium and his concert performances have delighted and inspired audiences all over the world.

When interviewed recently by SiriusXM, David Pomeranz said about the teaming up “I’m truly excited to be playing music with Jim. We’re both suckers for great love songs and we can’t wait to share an evening of them with our friends and fans.” And thus was born the idea for David to travel to Jim’s studios in Cleveland, OHIO to record their first collaboration.

Commented Jim Brickman, “I’ve always been a fan of David’s music. What an opportunity to share our music around the world.”

An intimate evening of warmth and wit with each performing their hits, separately and together. A once-in-a-lifetime event.