Skip to main content
I Can Hear Music: The 20/20 Sessions Beach Boys 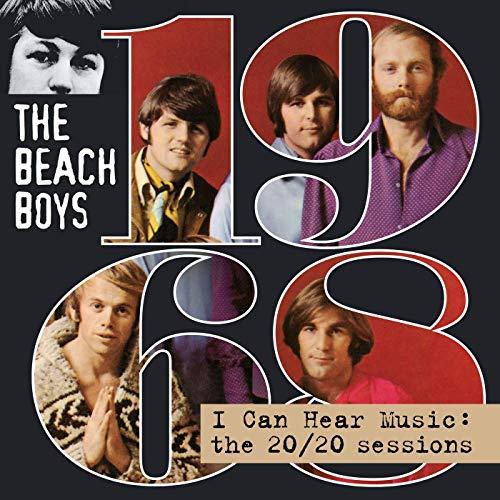 Following on the heels of their Friends Sessions comes I Can Hear Music: The 20/20 Sessions. The Beach Boys owed the Capital label one last album before moving own to their own label. The original 20/20 may not have been their most creative release as it contained a number of previously released singles, a few lightweight new songs, and tracks that had been sitting in the vaults. Despite its haphazard nature, it was a solid release. It may not have had an overall cohesiveness but the songs, when taken individually, are better than the whole.

I Can Hear Music: The 20/20 Sessions is only for the hardcore Beach Boys fan, who wants absolutely everything by the band.

There are very few completed songs as the 40 tracks consist mostly of demo’s, early versions, and acapella takes before the music was added. There is an early mono single release of Ersel Hickey’s “Bluebirds Over The Mountain,” and an alternative stereo mix of “Do It Again,” but the gem is “All I Want To Do” with the lead vocal by Dennis Wilson, which is another reminder of just what a beautiful voice he possessed.

There is always an appreciation of the Beach Boys just singing without instruments. It puts the focus squarely on the purity of their voices and the harmonies they created. Their big hit “Do It Again,” “I Went To Sleep,” “Time To Get Along,” “We’re Together Again,” “Never Learn Not To Love,” and “Ol Man River” all retain a simplicity without instruments.

There are a number of rarities that fill in some gaps in their musical history. “Rendezvous” is an early version of “Do It Again,” while “Cottonfields” is presented with backing vocals only.

I’m not sure how many times someone will listen to I Can Hear Music: The 20/20 Sessions” but it does fill in some of the gaps in the band's history. As the 1960s drew to a close, the Beach Boys would leave their label and classic sound behind. This is basically a historical release that brings the first phase of their career to a close.