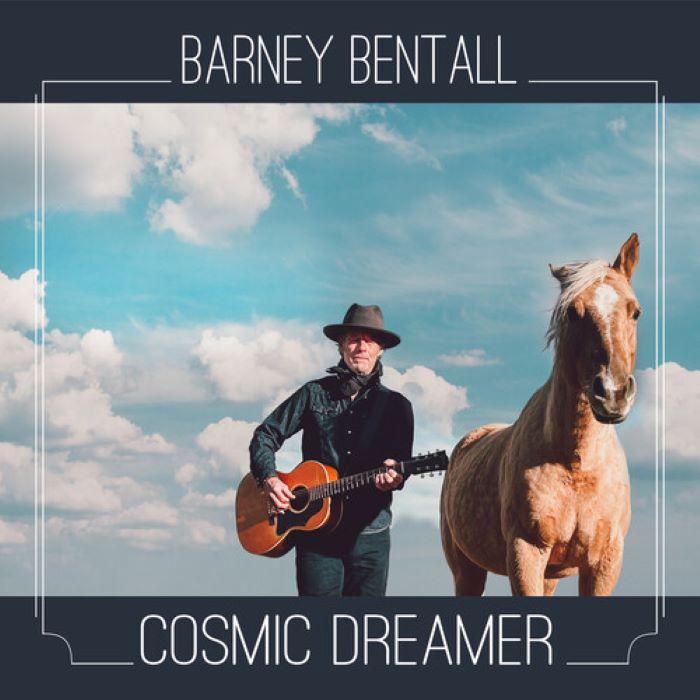 “My older sister used to tuck me in as a kid by playing Bob Dylan,” multi-Platinum-selling and JUNO Award winner Barney Bentall shares on the topic of his newly released single and video, “You’re Gonna Make Me Lonesome When You Go” – check it out on YouTube here:

Available now, and fresh from the -based artist’s new album, Cosmic Dreamer, the family’s choice of a lullaby library “left an indelible impression that continues to this day.”

So much so that the -based artist would include his own take on the Dylan piece on the release of his most recent album, Cosmic Dreamer — out now via True North Records.

In it, Bentall collaborates with long-time friend Valentino Trapani — a pal he met just over a decade ago “on a beautiful road in Tuscany,” he recalls.

“We were both on bikes, and Valentino was helping guide the group we were with,” Bentall continues. “He asked what I did, and I told him I was a musician; he asked who I liked and, when Leonard Cohen’s name was mentioned, we both spontaneously sang ‘Famous Blue Raincoat’ from start to finish!

“I was trying to catch my breath a little more than Valentino… But it was a wonderful moment.”

Commissioning Trapani’s collaboration on “You’re Gonna Make Me Lonesome When You Go” for both the song and the video didn’t give Bentall any cause for pause, he shares. “We have sung together over the years, but it’s that first time that really sticks with me. When I was recording Cosmic Dreamer, I was looking for one more track and, when I reached out to Valentino about it, he was all in.”

With Trapani recording his parts of the song in Siena, and Bentall completing his on the West Coast of Canada, the video was shot on iPhones throughout the ranching back-acres of B.C. and rolling vineyards of Tuscany.

“A beautiful thing,” Bentall adds of the cross-continental collaboration process.

The song is one of just three on the LP to feature special guests, and one of two covers on the otherwise all-original release; Ruth Moody and Adrian Dolan also join Bentall alongside Trapani; Cosmic Dreamer also includes a rendition of Gordon Lightfoot’s “Shadows.”

Soaring with sentiments of hope, love, longing, and loss, the release plots a sonic constellation of Americana to traditional Folk and marks the seventh solo release for Bentall — not to mention toppling the tally to over 20 overall when including his JUNO Award-winning band, The Legendary Hearts, and other releases with The High Bar Gang, Bentall Taylor Ulrich, and The Cariboo Express.

“I wanted to experiment with other things and everybody, bless their hearts, was very good about it,” he shared in an interview of his ever-broadening range of roots, country, bluegrass — and even instrumental, as heard in his recent album RanchWriters, written, and released with longtime friend, Spirit of the West’s Geoffrey Kelly. “It’s important for me to write songs and try different music styles. Why limit myself?