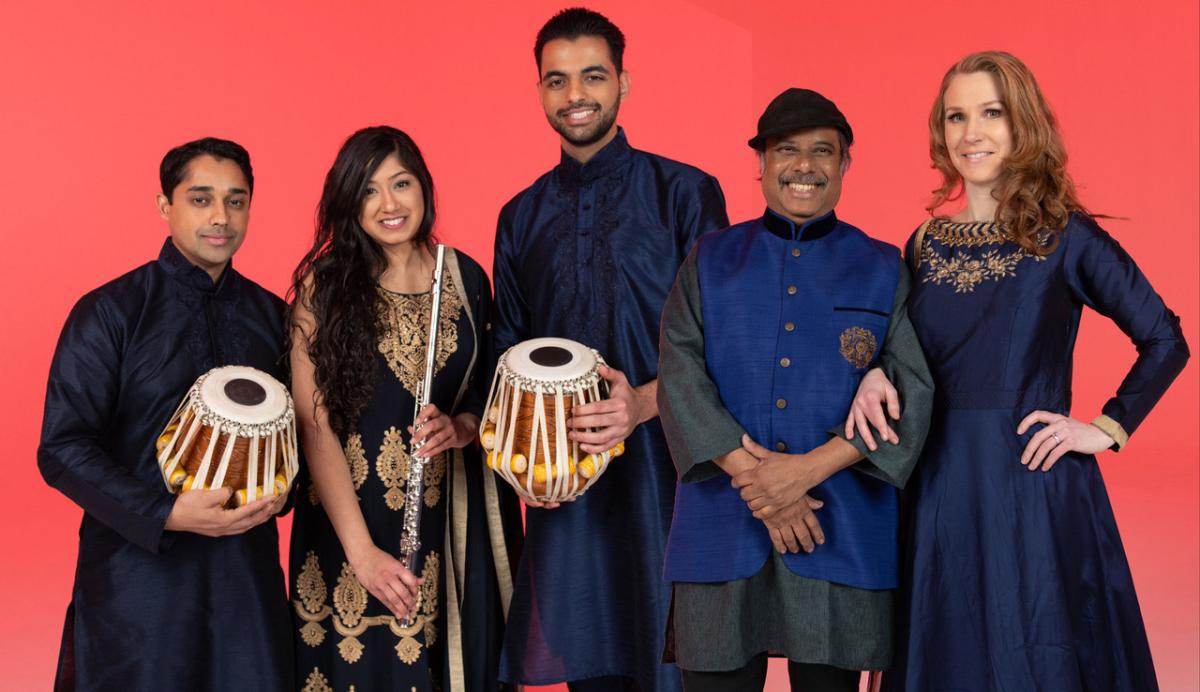 Can the burst of fresh energy and the promise of possibility a new year brings be embodied in a song? Canada’s JUNO-nominated Toronto Tabla Ensemble have their fingers on the right rhythm to get you up on your feet and dancing into 2022 with their new single and video, “Encore 21” – watch and listen here:

Featuring high velocity tabla and other percussion, along with rapid fire recitation of tabla bols (language) by TTE founder and composer Ritesh Das, “Encore 21” has the power to propel anyone into a joyous state of reverie. However, playing this composition requires a sobering amount of skill and practice.

“I originally wrote this piece for the Youth Ensemble,” explains Das. “A fast-paced and high energy composition to keep their chops up as we slowly emerge from the pandemic and prepare for in person shows again.”

“Encore 21” is the second single advancing the ensemble’s 8th album For the Love of Tabla, due for release in March 2022. It’s a joyfully collaborative, multi-disciplinary effort between teachers, students of all levels, and artistic colleagues.

“I worked with my tabla student Kolston Gogan who is a professional drummer to work out the kit drum parts and also for him to work with Jishnu Parekh, a youth member who had just started learning drum kit,” notes Das.

If “Encore 21” lives up to its name and sounds like it could be a jubilant finalé to a TTE live show, it shouldn’t be surprising. It certainly isn’t to Melissa Das-Arp, TTE manager and film director.

“When I heard this piece, the speed and energy reminded me of a typical encore that the Toronto Tabla Ensemble would perform at the end of a show,” notes Das-Arp. “This usually involves the entire cast of the TTE including dancers up on stage led by Ritesh Das himself on the mic driving the performers and hyping up the audience so they would literally rise to their feet.”

The memory of her husband vocally leading the end of show celebrations prompted Das-Arp to request that he record and add the tabla bols recitation that’s become a key part of “Encore 21”.

“Ritesh obliged to my request and recorded his ‘recitation’, which is basically the language of the tabla,” she says. “However, the way he weaves melody and feeling into it is one of a kind.”

Das-Arp also reached a century back for the inspiration to create the unique and artfully retro video for “Encore 21”, which features Ritesh Das performing the tabla bols, TTE members on tabla and drum kit and Kathak dancers from both Ontario and California.

“While listening to the song, the visuals of the performers started showing up for me in a black and white, vintage look and I thought, ‘I wonder what this type of show would look like 100 years ago’? Back then there were no smartphones and we really only saw what was curated from a mainly western perspective. Who knows what really happened and perhaps shows like this did actually happen.”

Of course, producing and directing a music video during our pandemic presented unique challenges for Das-Arp and the performers.

“All the artists filmed themselves from home under the guidance of Assistant Director and Ensemble member Shamir Panchal,” explains Das-Arp. “Directing virtually is never easy but with mood boards, rehearsals and the guidance of a stage plot we were able to create a music video that feels like we’re all together on stage.”

“Kathak dancer Labonee Mohanta was joined by her young student Anusha Kapoor and during their shoot they lost power for 5 hours,” she continues. “Luckily they had some backup batteries to keep going, but instead of being able to take multiple shots they were only able to take a few which felt more like an actual show where you really only get one chance.”

Beyond performing in it, Ritesh Das also had a hand in the creation of the video utilizing his skills as photographer to help set the stage into a 1920s film set. “If I didn’t love music and teaching tabla as much as I do, I would have been a photographer,” he says. “I love playing with lighting and shadows, especially black and whites.”

Sending out 2021 with an exciting new single and video and revving up into 2022 with a new album on the way shows that the beat goes onward and upward for the Toronto Tabla Ensemble.