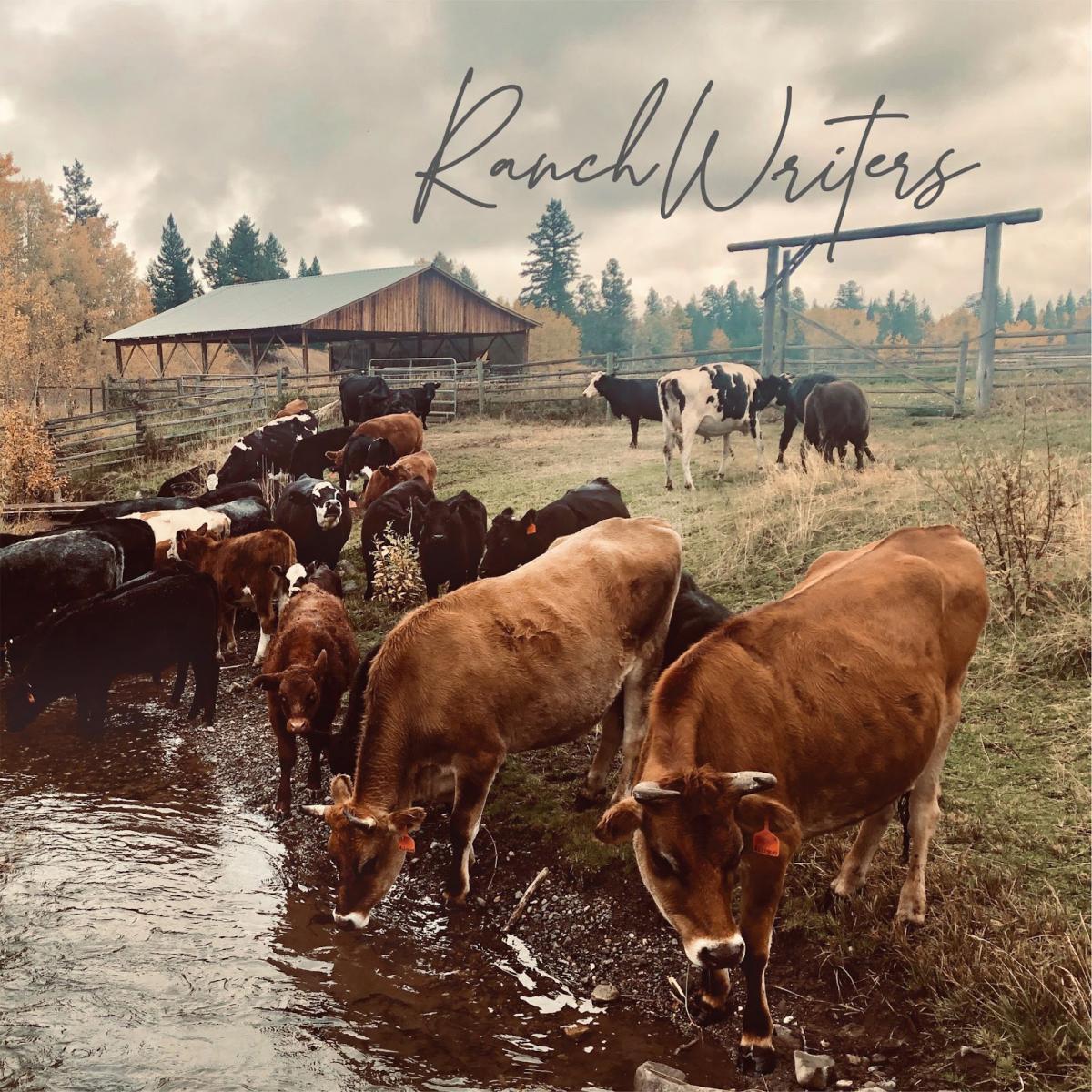 The prolific pair came together at Bentall’s ranch in the heart of the Cariboo region of British Columbia during 2020’s relative isolation, ultimately bringing their long-fated RanchWriters collaboration to life.

While the act of gathering was not a new experience for the friends of 40+ years, this time was a bit different, they say. “On nice days, we might park ourselves on a couple of old chairs by the creek,” Bentall recalls of the visits over the years. “We tend to lose ourselves, and become comically oblivious to any noise or frivolity going on around.

“There’s no agenda and no pressure to come up with a thoughtful and meaningful lyric. Truth be told, it’s quite liberating.

“This time, being well aware that the times are strange, and words don’t seem to be able to fully capture what the world is going through, we delved deeper and deeper into that instrumental writing process.”

“Making the RanchWriters album with Barney feels like a gift I never saw coming,” Kelly considers. “I’m sure glad we wandered down that path…

“Hypnotic patterns, layering, swirling, dreamy repetition; it all seemed to flow, much like the creek at the ranch in the Cariboo where everything started — with no clock, no deadline, and no agenda.”

Embracing freedom from lyric-based songwriting structures that have spanned their tenured careers, the two tested new techniques — finding unexpected inspiration along the way. “I’d found myself gravitating to instrumental music of late;” Bentall shares. “A chance to be steered only by where the tune takes you…”

“A lot of melodies on the album evolved from using an alternate tuning,” Kelly adds. “I got the tuning from the playing of the great Jackie Leven — who is, sadly, no longer with us.

“Much like Joni Mitchell and Nick Drake, Jackie found these open and alternate tunings led him down different paths. In our case, with two guitars and after a bit of experimenting, we found the most pleasing, complementary sound came when Barney played in standard tuning with my open tuning; it seemed to give the chords more extension and counterpoint.

“Not to dwell on technicalities, but I feel this methodology is at the core of the album,” he continues. “The other consistent element is finger picking; there is hardly a strum to be found.”

“That new framework of open tuning seemed to bring forth many wonderful melodies and ideas,” Bentall says. “The combination of the two, with my standard tuning, was enchanting and inspiring to us.”

The result is an entirely instrumental 12-track album dubbed as ‘Cinematic Canadiana’ for its journey across acoustic Americana to traditional folk to New-Grass genres. With all songs written and produced by Kelly and Bentall — plus a co-write from Trixie Berkel on “Marble Canyon Rag” — the two were joined in production by John Raham, who also recorded and mixed the release.

“In Fall of 2020, John called to say he was heading our way with a mobile recording rig, and adding a stop at the ranch seemed like a perfect opportunity to bring the RanchWriters idea to fruition,” Bentall says of the chance to record the release within the same walls they were first created in. “These walls are made of hand-hewn square logs. There are no hard, reflective surfaces; they’re perfect for sound.

“The house was rebuilt out of the old log homestead from the 30s or 40s; children had been born within them; hard cold winters had been endured; Saturday night get-togethers had filled the building with music — a tradition that continues to this day! So we assembled some of our favourite musicians — with others contributing remotely all the way from Newfoundland to Vancouver Island — and hunkered down for three days that October; a beautiful time of year in the Cariboo…

“We are all aware that it is a strange and complex time in the world,” he adds. “Songs with words can be a source of comfort, but sometimes it’s nice to let your mind, heart, and soul float in any direction.

“Hope you enjoy it.”