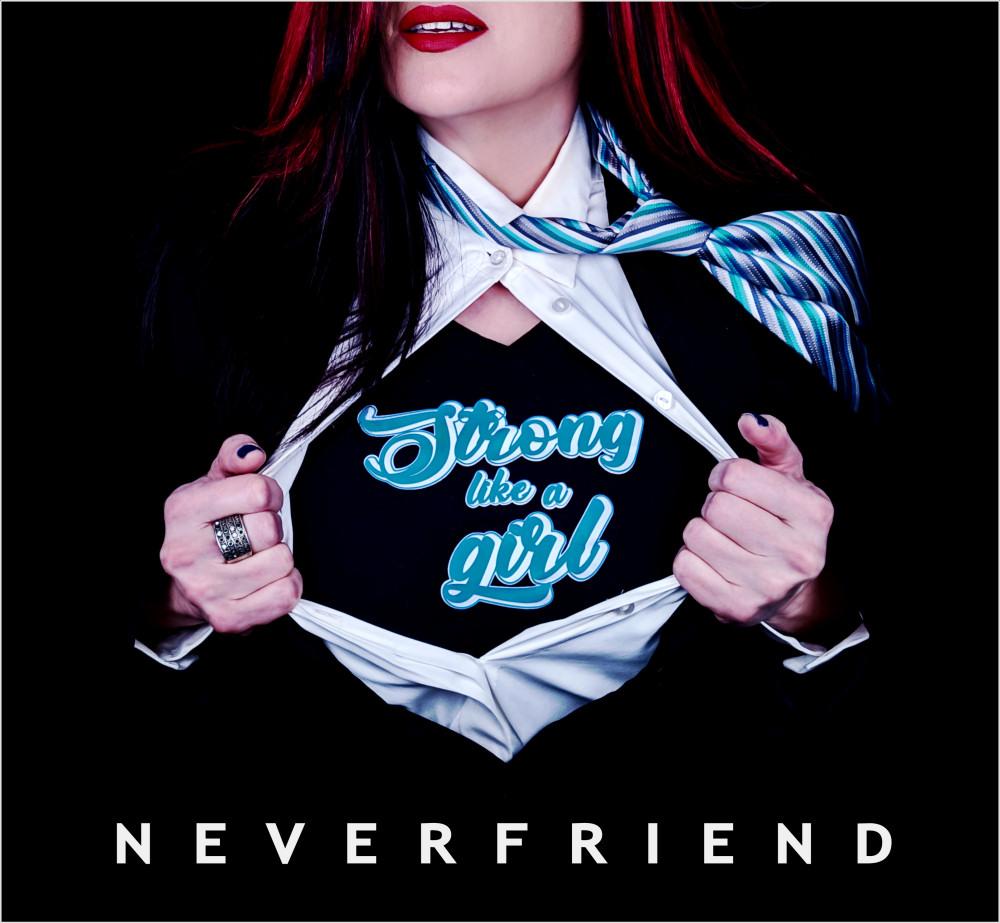 Fraser first founded the band back in 2006 with his wife Gina. They hit Ottawa’s Big Money Shot contest that same year (under another band name) and received airplay for their flagship song “Naughty in the Dark”. Learning from the experience, they adjusted their band strategy, added seasoned musicians Dan and Arek who share the same drive and passion for their craft, refocused their song writing direction to discuss heart-felt topics like addiction, strength gained through pain, courage to love, and survival, with even more gut-wrenching honesty, and adopted a harder, heavier sound with alternative rock, metal, and punk influences.

Neverfriend’s primary goal is to gain as much exposure as possible in Ontario, throughout Canada, and internationally. Treating the band as a business, Fraser, Gina, Dan and Arekpour their creative and professional selves into the band, pursuing it with a thirst to write, record, play and promote themselves in a bid to gain notoriety as a band and as musicians. Currently un-signed, theyhave self-producedtwoalbums(for sale online and in hard copy form)and another is on the way. With merchandise, the power to promote themselves, and laser-focused drive, Neverfriend is striving to continue to make themselves known for their energetic live shows, hard-hitting and emotional music, and professional approach to the band as a whole.

The band is currently finalizing a new album, Strong Like a Girl, set to be released in June 15, 2019 with a full production video to accompany the title track to be released at the same time.

Strong Like a Girl is a collection of ten powerful original songs that dig into the emotional honesty that fans have come to love and expect from Neverfriend, with a slew of catchy hooks that grab the ear and won’t let go. As with previous releases, all songs have an undercurrent of strength, but this one drives the point further with it’s title tracks true account of sexual harassment and several other tunes that remind the listener that when we have the courage to speak our truth, what we discover is that loving ourselves and standing up for ourselves frees us from the painful ups and downs that life inevitably throws our way. The message is clear: the epitome of strength is love and the strongest love is love of self.

Born in Montreal, raised in the tough streets of Montreal and Mexico City, she has seen it all. An only child with anger and pain as a sidekick, she found music as her outlet. From teaching herself the piano at 11, to weekly opera lessons as a teenager, to rocking out with her guitar to block out the parental screaming, Gina has fronted several bands in Montreal and Ottawa but none were the right outlet for her. Now she has emerged as a tour de force for Neverfriend. Her original lyrics and presence, reflective of the chaos she was witness to and the strength it took to survive it, dramatically shape the sound and energy of Neverfriend that you hear today.

A local boy, born in Ottawa and raised on the crazy. Enduring piano lessons at age six with various masochists for instructors, life changed once his fingers touched a cello. From then on stringed instruments were his passion. Playing in too many cover bands to count, he found only minimal satisfaction in playing other peoples music in bars, festivals and parties. Finally he decided a change was in order: creating not replicating. When Fraser founded Neverfriend, he finally found what he was after: aggressive music infused with emotion and heavy riffs.

After making a small fortune in the shag carpet boom of the late 70s, Dan spends most of his time these days focusing on his passion for music. He plays guitar as well as bass, and strongly believes that if you’ve ever held up a line at a convenience store because of lotto tickets, you should feel bad about it. We’ve put together a list of his favourite foods: whiskey. He insists that his hobbies include whitewater rafting, skydiving, and riverboat gambling, despite having never done any of those things. He often pretends to be crazy so no one sits next to him on the bus.

Arek is always late to the party. Sometimes he doesn’t even show up. But we’re glad he made the effort to put on pants and join the Neverfriend party! Originally from Poland, he and his parents escaped from behind the Iron Curtain just days before it opened and ended up in Thunder Bay, Ontario. He now calls Ottawa home sweet home. His musical taste runs wide and deep but grew up feasting his ears on old school 80s and hair metal and to this day sports a crazy long teased out hair-do…too bad no one ever sees it since he shaves his head. His love of loud extends to his other hobby: car racing. Also, his full Polish name is Arkadiusz. Yes, that IS pretty cool.