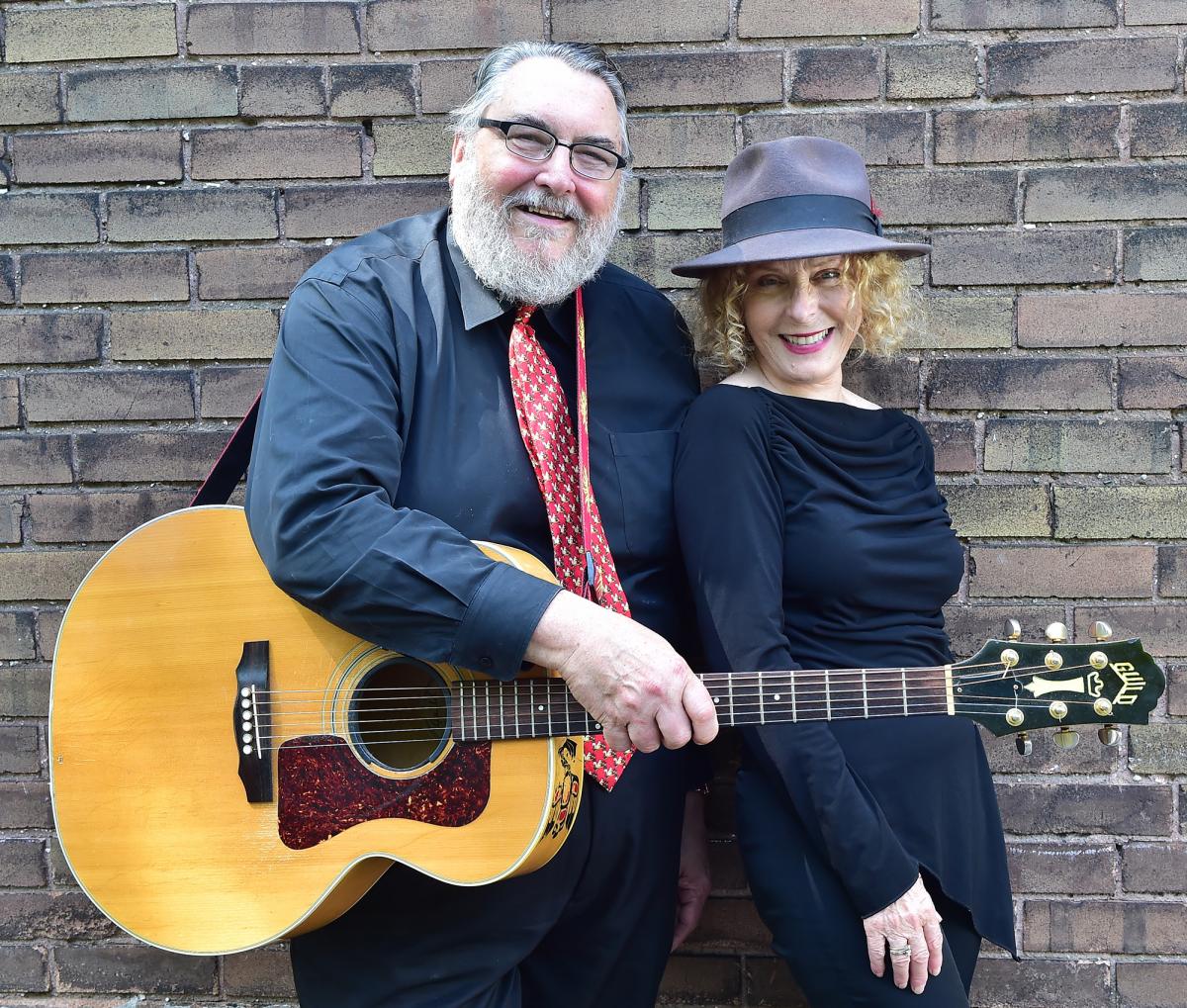 How exciting and enduringly accessible can roots music be? Highly prolific Canadian roots and jazz duo Q&A have a very tasty, home-cooked answer for you with the veritable buffet of songs they’re serving with their new album, Demo Listen Derby — available now via Sonic Peach Music.

Check out  You Never Let Me Down - Q&A - (Official Music Video) from the album "Demo-Listen Derby" here:

The playful play on words of Demo Listen Derby headlines a joyful, 15-track ride that shifts gears thrillingly and effortlessly from jazz to blues to country to bossa nova to cajun and back again. Packed from front to back with original songs written by the duo, this is a collection rich and diverse in theme and flavour.

So, who is the “Q” and who is the “A”? They are the dynamic duo of jazz guitarist, composer and JUNO-winning producer Tony Quarrington and accomplished vocalist, actress and comedienne Zoey Adams. Q&A wrote and recorded the new album as just one of their songwriting projects in 2021 — and there are still three months left in the year! It just goes to show that it takes more than a global pandemic to shut down this energetic, hard working pair who’ve co-written over 100+ songs since 2017!

Along with the release of the new album, Q & A are highlighting a featured single “You Never Let Me Down.” An upbeat, smile-worthy swing opus paying sweet tribute to a steadfast loved one, “You Never Let Me Down” is propelled by Quarrington’s stellar Django-style guitar, Adams’ perky vocal and swinging violin lines from highly regarded Toronto player Shelley Coopersmith. The song underlines the importance of dependability in a great relationship, much like Quarrington and Adams’ 15-year successful and fruitful musical partnership.

The two artists were first brought together by the late broadcaster, humorist, author and CBC Radio host of The Vinyl Cafe Stuart McLean. In 2005, McLean asked Quarrington to compose a cycle of songs that became Vinyl Cafe: The Musical. Then, Quarrington and Adams were hired to sing the characters’ songs in the musical. Working together on that project opened the door to creating and performing together as a duo long term. Quarrington’s award winning musicianship on more than 20 original albums and Adams’ extensive, international theatre, comedy improv and vocal performance experience have made for an unusual blending of backgrounds and interests that somehow just works. Of course, they’ve written a song about that too!

The duo’s songwriting project that has become Demo Listen Derby was originally conceived as a showcase to present these songs to other artists. However, the performances were too good and the songs too luscious to be stuck waiting on the shelf.

Other highlights from the new album include “Sweet Destruction”, a funky Nashville duet depicting a relationship that you know is bad for you but is too sweet to pass up. “The Old House”, a gentle meditative ballad about a common recurring dream of revisiting one’s childhood home. The cajun waltz “Blue Bayou Lullaby” features Quarrington on lead vocals backed by Adams and assorted percussion “implements” from the kitchen drawers and tool box…oh, and an iphone. There is also a ballad featuring a string trio, a humorous tribute to legendary singer-songwriter John Prine and a song co-written by Tony and the late, great Mose Scarlett.

Like the inspired pairings of Louis Armstrong and Ella Fitzgerald, Dean Martin and Peggy Lee, Frank Sinatra and Pearl Bailey and more recently, Tony Bennett and Lady Gaga...Tony “Q” Quarrington and Zoey “A” Adams are a musical marriage made in high-toned heaven.