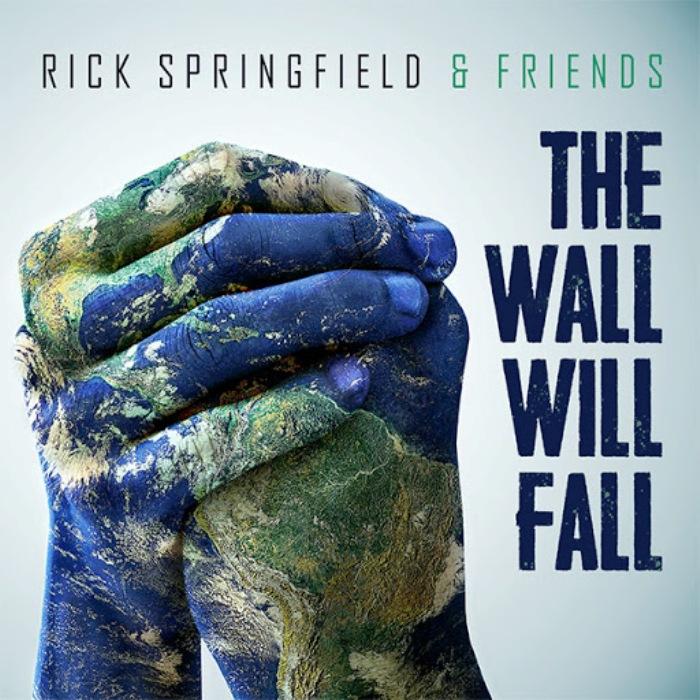 Rick Springfield and Vance DeGeneres “Ultimate Mini-Series: The 60-Second Guide to Songwriting with a Partner”, started off as a way for the two friends to have some fun online will home-sheltering during the current Covid-19 pandemic. But what began as a way to share a few laughs with their online communities grew into a popular 28-episode series and produced a rousing, uplifting universal anthem of hope and love. The song and video for “The Wall Will Fall” was released Friday, May 8 and all proceeds from the sale of the song will be going to benefit Feeding America.

Watch the video of ‘The Wall Will Fall’ here:
https://youtu.be/BMHI0KW39ho

The “Ultimate Mini-Series: The 60-Second Guide to Songwriting with a Partner”, series featured a very smart and witty back and forth between the two, veering from showcasing musical ideas, suggestions from some famous friends and hilarious revisionist music history lessons showcasing Rick’s impressive collection of Beatles memorabilia.

“When Vance and I decided to try a parody of two musicians trying to write a song from our homes while in isolation we were just looking for some laughs and a diversion from the stay-at-home rules here in California,” says Rick. “The next thing we know we’re getting thousands of views and amazing comments from my fans loving the episodes and saying they wanted more and more.”

“We just kept bouncing ideas with each other online and after about ten episodes realized we had a damn good song!” adds Vance. “I was really happy to release it on iTunes and Amazon Music and hope we can raise some funds for Feeding America which is doing such important and timely work right now.”

Fans loved watching the song come together, especially when they brought in their famous friends and family: Vance’s sister Ellen, Paul Stanley of KISS, Andy Cohen, Fred Schneider of The B-52s, Sammy Hagar and Richard Marx, who provided the lyrics to the bridge of the song.

These same friends and many more joined in for the music video including Shelia E, Kate Pierson of The B-52s, Mike Reno of Loverboy, Terri Nunn of Berlin, Claudio Sanchez of Coheed and Cambria, Tommy Tutone and Wally Palmer of The Romantics. Other notable cameos in the video include Yannick Bisson (Murdoch Mysteries), Bryan Batt (Mad Men), Linda Blair (The Exorcist films), Creed Bratton (The Office), Cat Cora (Iron Chef), Doug Davidson (The Young and The Restless), and Matthew Wilder (Never Gonna Break My Stride).

Digital downloads of “The Wall Will Fall” are available to purchase on Apple iTunes and Amazon Music.  Free streaming on Spotify and Pandora.