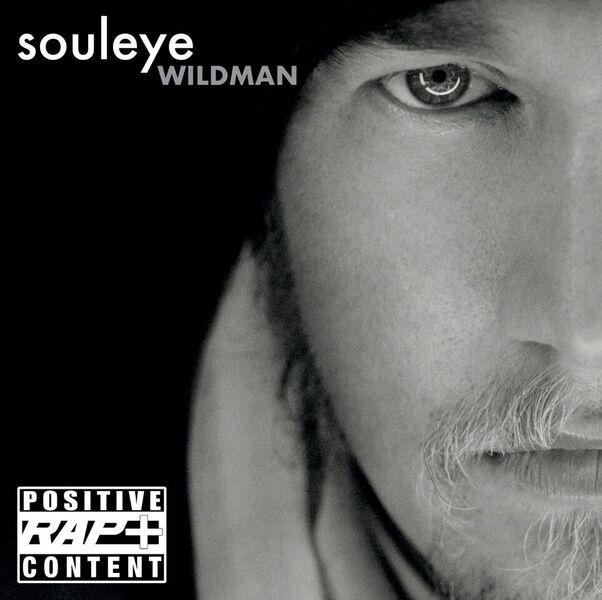 Souleye has earned his spot among the most talented performers in hip hop today thanks to talent, hard work, and discipline coming together in one package. Another key and seldom discussed element driving such career is willingness to grow and Souleye, at every turn of his development as both a performer and writer, has shown an eagerness to widen his musical and thematic scope so long as it remains true to the essential core of his artistic and personal vision. He’s joined by visiting artists on a number of cuts and the guest shots that punctuate this album all serve a greater end. They also fully understand their role as guests and do a great deal to take otherwise fantastic tracks and make them even better. Wildman, taken as a whole, strikes you as the sound of an artist at the top of his game and it’s monumentally impressive that Souleye, this far along, hasn’t lost any of his appetite for communicating with his audience.

“Dream Come True” is passionate and engaging listeners from the first seconds. It is built around a variety of dense electronic driven grooves that Souleye’s often treated vocals shine and swing over. The production doesn’t emphasize one element over another and, instead, brings his voice in full accord with the backing track. “Classic” has a much more stripped down sound in comparison and the inclusion of Chantal Kreviazuk and Chachillie’s vocal contributions gives it all the extra spice it needs to stand out. “Wildman”, the album’s title song, is similar in the sense that it follows an understated groove and Souleye seizes the opportunity to indulge in some substantive atmospherics that makes the performance all that much more suggestive. “Soul Expression” is one of the prominent songs on Wildman for its unusual texture – it certainly does a notable job of conjuring up a soul feel that may not invoke classic Motown, but nonetheless sounds quite credible.

“Follow Your Heart” is reminiscent of the earlier song “Classic” and the title track in the way that the arrangement lays down a direct, largely unfettered groove for Souleye to work over. The song has commercial potential, but it’s safe to assume that it just comes out that way rather than that it’s the conscious result of an effort by Souleye to concoct some popular confection for the masses. “You’re My Angel” has a ton of confidence it exudes as it lightly swings and takes a relaxed saunter through listener’s consciousness that runs a little over three and a half minutes long. The slightly rougher edge of “Fountain of Youth” can probably be laid at the feet of his featured musician Wade Morissette, twin brother to Souleye’s wife and singer Alanis Morissette. He makes an excellent foil for Souleye and they even strike up some of the same kind of musical chemistry that he finds with his wife on the single “Snow Angel”. That song is a near-crystalline, shimmering piece primarily propelled by synths and other electronica effects, but Souleye’s vocals keep it tethered tightly to earth. This is as polished, yet raw, as the greatest hip hop albums come. Wildman depicts him as anything less than chaotic and nonsensical – if he’s wild about anything, the album makes it clear that its music and self-realization. This album serves up some tasty and compelling examples of both.