Skip to main content
2011 Juno Nominees Announced As the Big Show Returns to Toronto After A Decade On The Road. 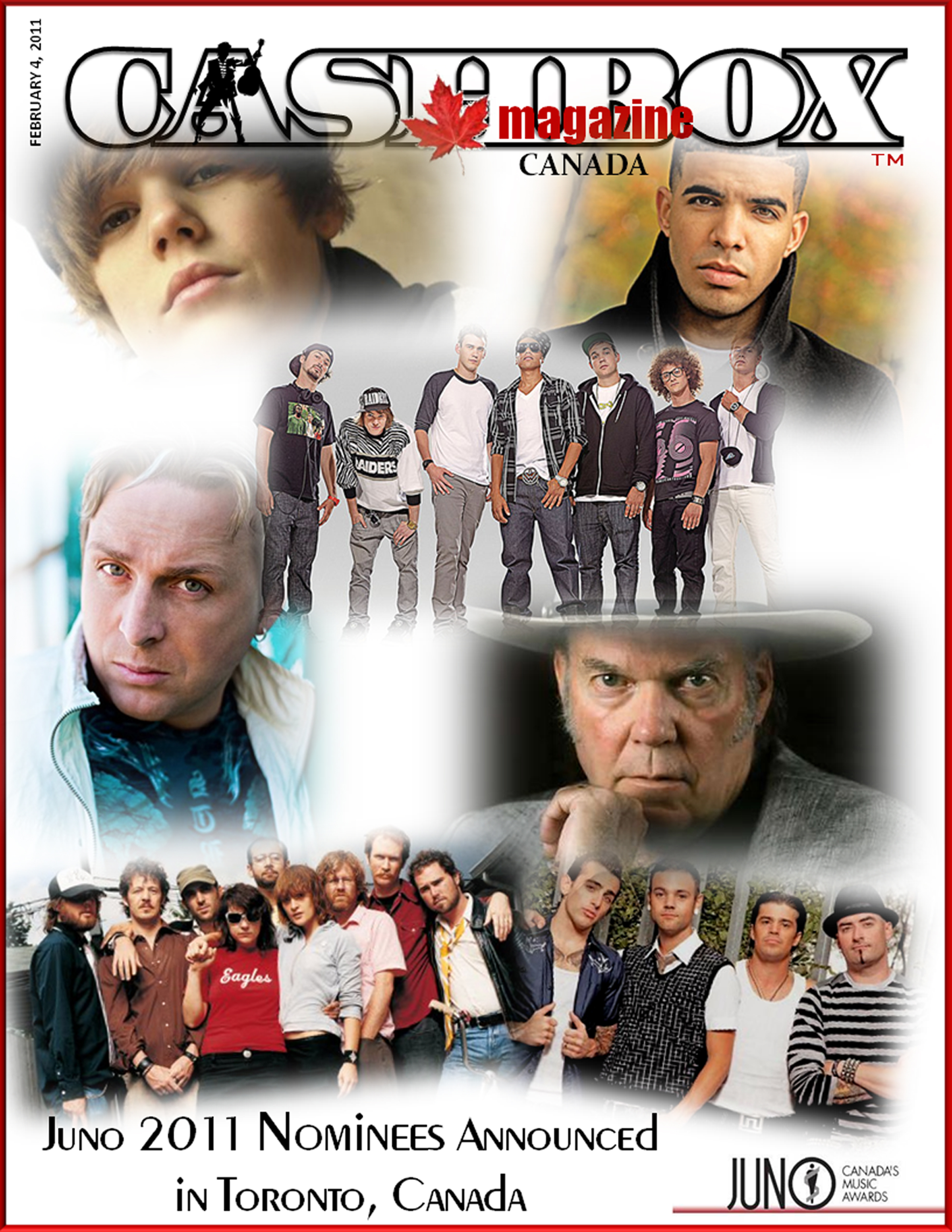 With the requisite pomp and circumstance, it was announced that Broken Social Scene, Hedley, Down With Webster and Johnny Reid will all be performing on the Drake-hosted 40th Juno Award show in the city on March 27.

Shania Twain is confirmed to be on hand for induction into the Canadian Music Hall of Fame, and Neil Young has confirmed that he will be here to accept his Humanitarian Award. CARAS president/CEO Melanie Berry described this year’s event as “pretty exciting and pretty star-studded” following the announcement of nominees at a well-attended media scrum at the Fairmont Royal York Hotel yesterday.

Separately, FACTOR issued a statement announcing that 60 FACTOR supported artists received a stunning 69 nominations, including Caribou, Chilly Gonzales, Crystal Castles and Holy Fuck. The funding organization has had a long history supporting artists nominated for Juno and Country music awards but rarely gets acknowledged when artists take the stage to offer thanks to mums, cats, hairdressers et al.

The Juno Awards are the Canadian equivalent of the Grammys, and this year marks the 40TH Anniversary of this award show that is ‘the little engine that could.’

Rapper Drake is also a big winner, as he netted nominations for Album of the Year, Artist of the Year, Songwriter of the Year, Rap Recording of the Year, and Single of the Year. Drake has also been asked to host the CTV Broadcast from the Air Canada Centre on March 27, 2011; a sure shot that he will be guaranteed to show up for the Awards.

Neil Young, who is up against Justin Bieber for Artist of the Year, will also receive the 2011 Allan Waters Humanitarian Award. The award recognizes an outstanding Canadian artist whose humanitarian contributions have positively enhanced the social fabric of Canada.

The Junos, as they are called, had their origins as an annual survey conducted by RPM Magazine, the fledging Canadian trade and chart magazine started by Walt Grealis and Stan Kulin. Readers of the magazine were invited to mail in survey ballots to indicate their choices under various categories of people or companies.

The RPM Awards poll was transformed into a formal awards ceremony, The Gold Leaf Awards in 1970. (The name Juno was a nickname for these awards, taken from the name Pierre Juneau, but more on that in the March online tribute to Walt Grealis)

EMI MUSIC CANADA President, Dean Cameron will receive the 2011 WALT GREALIS Special Achievement Award during the 40th annual JUNO AWARDS. Walt Grealis is honoured briefly every year for the little-known facts of his true contribution to the Junos and their small beginnings through RPM Magazine.