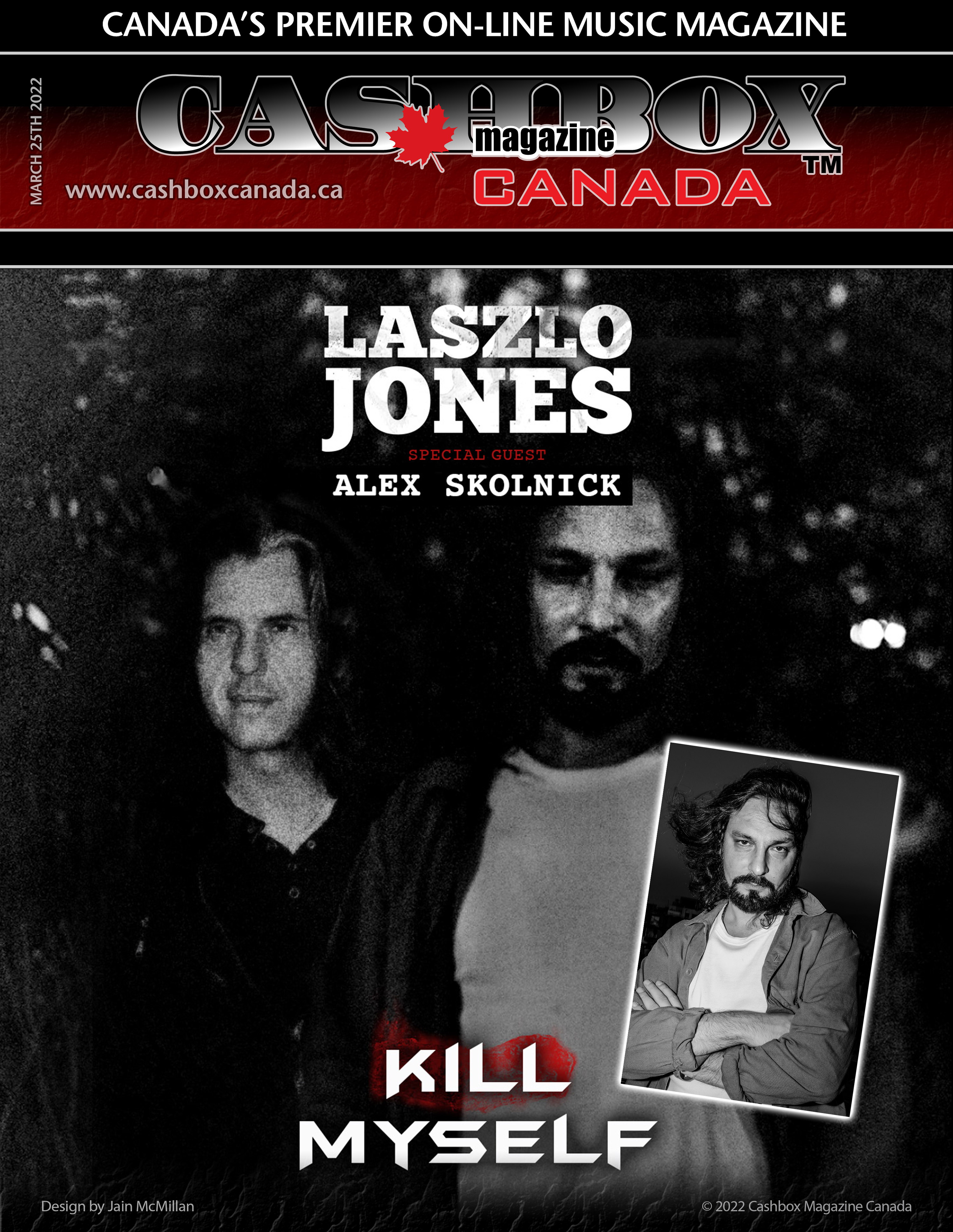 Rock sensation Laszlo Jones is bringing awareness to the masses with his hard-hitting latest single with Special Guest guitarist Alex Skolnick (Testament), on “Kill Myself” off his Beyond The Door EP Produced by Michael Buyens (Life of Agony, The Gathering) and Mixed by Kane Churko (5 Finger Death Punch, Ozzy Osbourne). In true Jones fashion, the song packs a variable punch - taking no prisoners in the process. Skolnick’s thunderous industrious metal axemanship shines throughout the track, as they deliver on their mission to tackle one of society’s most problematic issues - suicide.

Check out the video for “Kill Myself” on YouTube here:

“It’s a song about the general lack of well-being, depression endured by many people, leading to self- hate and self-destruction, leading to a dangerous game with death,” Jones explains. Globally suicide rates are at unimaginable all time high and a subject that has been swept under the rug by media worldwide as to the psychological impact of how this pandemic has affected our society and the collateral damage that keeps ravaging humankind young and old. During the recording process, Jones and Skolnick discussed the issue and it was clear they needed to communicate to fans through the music to draw attention to the facts.

The pulsating “Kill Myself” offering isn’t afraid to be daring, loud, and bold. It stares at the problem and smacks it across the face. The track takes a spectacular interest in telling the story like it is - with heart-racing guitar licks, electrified scream-o, heavy percussion all mingled with smart lyrics and fire-catching melodies.

According to Jones, the lyric reflects that young people in particular are currently at risk. “They haven't been able to have normal social contacts for 2 years now,” he says, adding that it’s been hard for them to maintain what’s essential for adolescents. “Above all, it’s important that people in suicidal crisis, and their relatives, are available to reach a nationwide emergency number at any time,” Jones insists, reminding that professional and psychological support is provided. “Be attentive,” Jones says, “being there for each other and offering help is just as important as stalling a potential suicide.”

“Kill Myself” is included on Jones’ latest EP Beyond The Door (November, 2021). The five-song strong album delves deep into Jones’ creativity, and versatility as a songwriter and composer. A multi-instrumentalist and visionary, the album takes the listener on a soundscape journey through Jones’ inexplicable mind, chasing him through his innate ability to captivate and intrigue. His music videos are equally as impressive, adding an additional layer of thought to the music, directing where Jones wants the song to lead the listener.

On this pounding truth bomb, Laszlo Jones showcases his most vulnerable side yet. Through a dark and desperate trash-metal anthem comes a plea for understanding - an ask that the world not forget yet another soul.