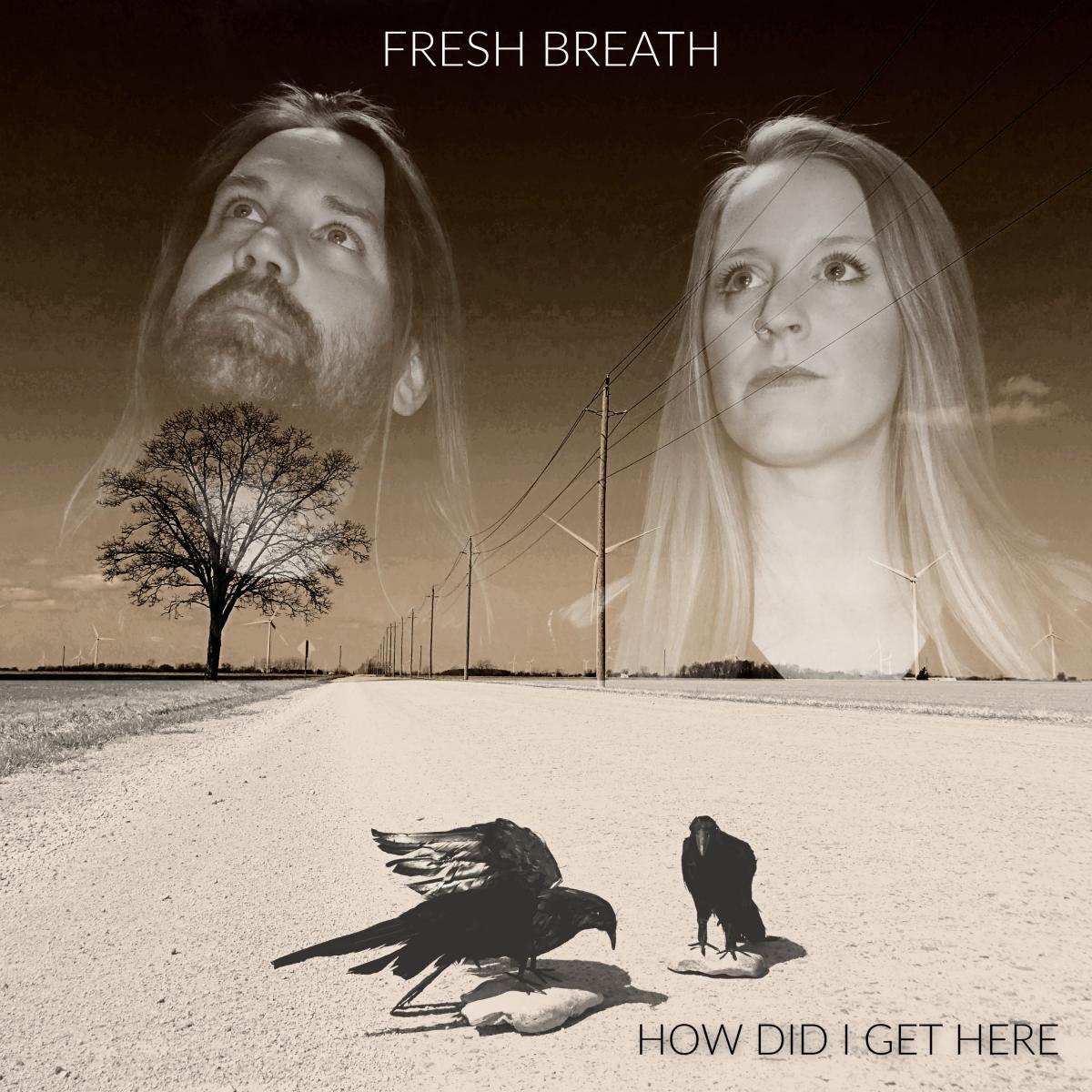 Blues alt-country soft-rock duo Fresh Breath are asking How Did I Get Here with the release of this, their new album.

And Fresh Breath is a perfect name for this dynamic duo, KT and Josh, as they truly are a fresh breath of music when there is so much music being released right now that is just not as captivating as this band.

The six-song EP is a culminating reflection of the band’s married members, KT and Josh, and their own relationship stories — from the early days of when the couple first met, to their take on the world navigating isolation, all the way to the darkness they were forced to find in order to keep their own lights shining.

This year’s previously released lead single “World Gone Crazy” covered ground as an alternative protest piece around social injustices and pandemic fatigue, whereas newly unveiled songs “You & Me,” and the album’s title track, “How Did I Get Here,” land as sweetly tender and raw with revelation.

“It’s no secret our world has changed,” Josh marvels, “and when you read through the track list of the album, it pretty much sums up what we went through in 2020.”

“This wasn’t actually planned!” the two insist. “We organized the tracks for the first time like this and, as we listened to the album as a whole, the flow of songs just worked so well. It all seemed too good to be true, so we stuck with it!”

The opening track “World Gone Crazy” is actually one of my personal favourites, with a foot-stomping intro and the whole feel of the song is reminiscent of Adele’s hit song “Rolling In the Deep” but actually a stronger track in my personal opinion. Check it out here:

Leading into “Find Our Way Home” which is truly an anthem for how we are all feeling right now, as we all want to come of out these troubled times by finding our way home.

“Rumour Going Round” stands on its own as a great track, and a great segway into “You & Me”

And “When We First Met” and taking on their journey with the final track “How Did I Get Here”.

If you want to experience the Fresh Breath band you should check out The Making Of 'How Did I Get Here' - Behind the Scenes with Fresh Breath https://youtu.be/QLtv0R5lXp8. It truly will make you see why this band has the ‘it’ essence and stands out right now as new artists.

It’s that same sentiment — the organic ease of things falling into place just as they should — that effortless ripples out through the husband-and-wife singing/songwriting duo’s entire artistic ethos; between Josh’s prowess on the guitar, bass, drums, harmonica, and vocals, and KT’s immersive, enveloping vox, they are a tour de force on the Canadian scene.

And with upwards of 100,000+ streams across Spotify alone, this dynamic new EP — and the pair’s previously released discography, including singles “Likes & Shares,” “Time For a Change,” and more — only further showcases the duo as the powerhouse storytelling lyricists and talented multi-instrumentalists they are.

Their collective talents don’t stop there; KT also designed the artwork for How Did I Get Here. “The idea behind the crows on the cover comes from the second track on the release, and could be said to represent Josh and I,” she explains, referencing “Find Your Way Home.” “It’s a song about wondering what it would be like if you were on Earth as something other than human… A line in the song reads, ‘I’d rather be a crow, on the side of the road; Just picking at a carcass, minding cars as they go.’

“By adding the windmills, farm fields, and telephone poles, I also wanted to represent the reality of our rural setting since we stayed so close to home during this pandemic,” she adds.

How Did I Get Here is available for digital download through Fresh Breath’s platform on Bandcamp, as well as on Apple Music; physical copies are available pressed to vinyl, as well. The release is a FACTOR-funded ‘Artist Development’ project and was produced by Sound Foundry Studio's Brett Humber.