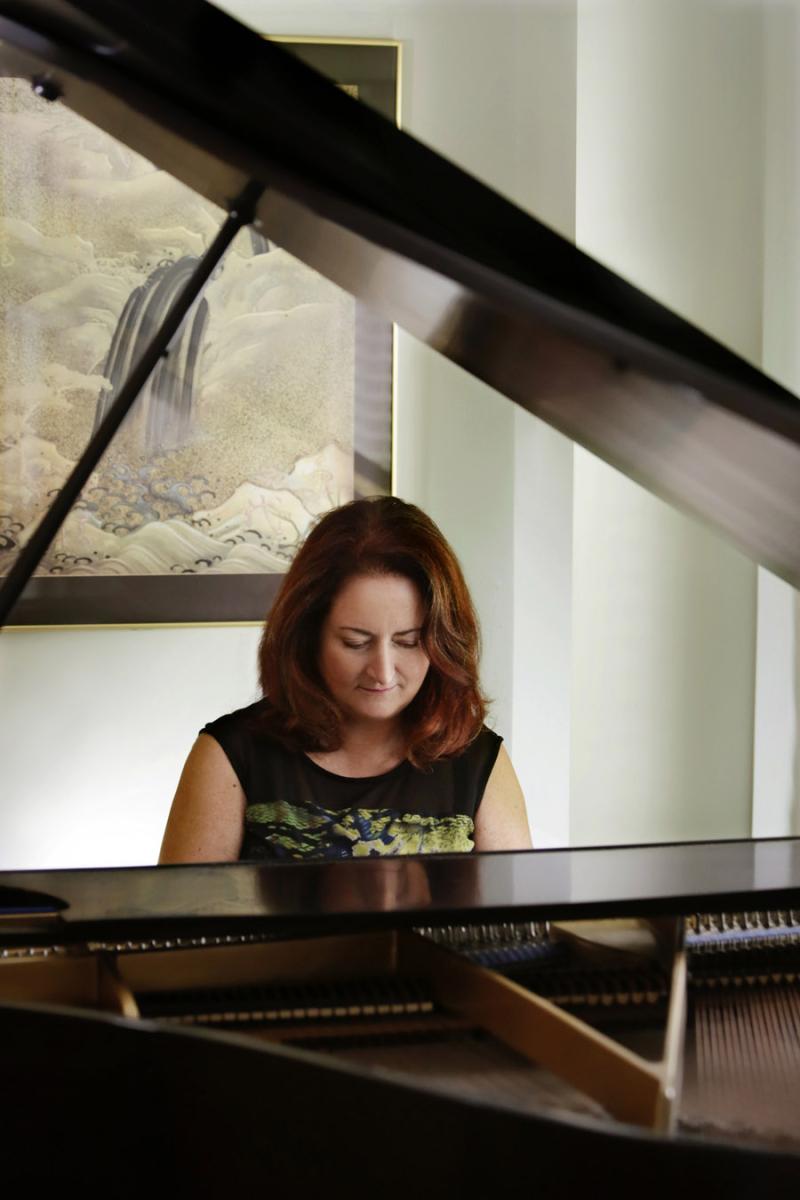 All humans know it: there’s nothing quite like feeling that exquisite mind and body rush and intrinsic connection when you’re in the presence of the one you love. Ottawa-based pianist and composer Huguette Lavigne has captured that complex and thrilling set of emotions in her latest contemporary instrumental single, “I’ll Make You Happy” – check it out on YouTube here:

Lavigne’s joyous piece, with its ascending and descending progressions, excitement building crescendos, and a touch of nostalgia, takes you on a very similar ride to the one your heart takes when falling in love.

“A blush radiating from the core. A twinkle in the eye and your heart tells you what to do,” describes the Ottawa-based piano innovator. “When there is no need to say anything. When anything can happen.

“So, you see? Flirting can open the door to a nice conversation.”

Lavigne’s relationship with her music is a very fruitful, ongoing flirtation. Her method of composing the over 40 piano works she’s written to date is a beautiful manifestation of the urge to sit down at the keys, let go and let the muse take her wherever it pleases. That’s certainly true of “I’ll Make You Happy.”

“I was most likely at the piano improvising something that ended up creating this piece,” says Lavigne. “It was destined to be uplifting and joyous, with its many ascending happy phrases, the main drivers of the piece.

“As I was creating this piece, my musical soul was probably searching for an expression of joy, love, and romance!”

“I’ll Make You Happy” is the second composition Lavigne has released as a single from her third album, 2019’s Free and Easy. The prolific pianist has released four full-length recordings over the past six years. Her latest album, Five O’Clock Somewhere, was released in 2020. Her first album, Black Tie Affair, debuted in 2015 and the second collection of her works, Yin and Yang, was issued in 2018.

Lavigne’s playing and composing are truly extensions of her physical and mental being. She’s an artist who eschews the tradition of meticulously notating her compositions in favour of relying on a shorthand of her own to facilitate recall for future performances.

“There is something about breaking the rules that can be terribly satisfying,” says Lavigne. “My fingers sometimes go where they want to on the keyboard and at times I sort of have to take them back home or rein them in.”

Her final compositions are eventually stored entirely in her head and fingers. Once they’re recorded she moves on to the next piece.

“Not notating everything down keeps things fresh,” she explains. “You are open to new phrases and resolutions. This is risky, but oh so satisfying!”

Also very satisfying for Lavigne is the video for “I’ll Make You Happy”, featuring a wide array of couples in heartwarming displays of attraction and affection.

‘Whether it is enduring or a fleeting moment, love nurtures everyone and is the same at the core of every human being.”

A crossroads of cultures is at the core of Lavigne’s music as she was raised in a milieu of Franco Ontarian, Quebecois, and English Canadian influences. She studied composition at McGill University and piano at l’université de Montréal. Consequently, her music has a melting pot of elements of Neo-Classicism, Neo-Romanticism, Minimalism, Jazz, Folk, and Classical.

Lavigne’s inspiration always comes from a deeply personal place but the variety of influences she has had can often make what comes out of her fingers surprising.

With her newest single, Lavigne has captured the joyous abandon and mysterious magic of love.