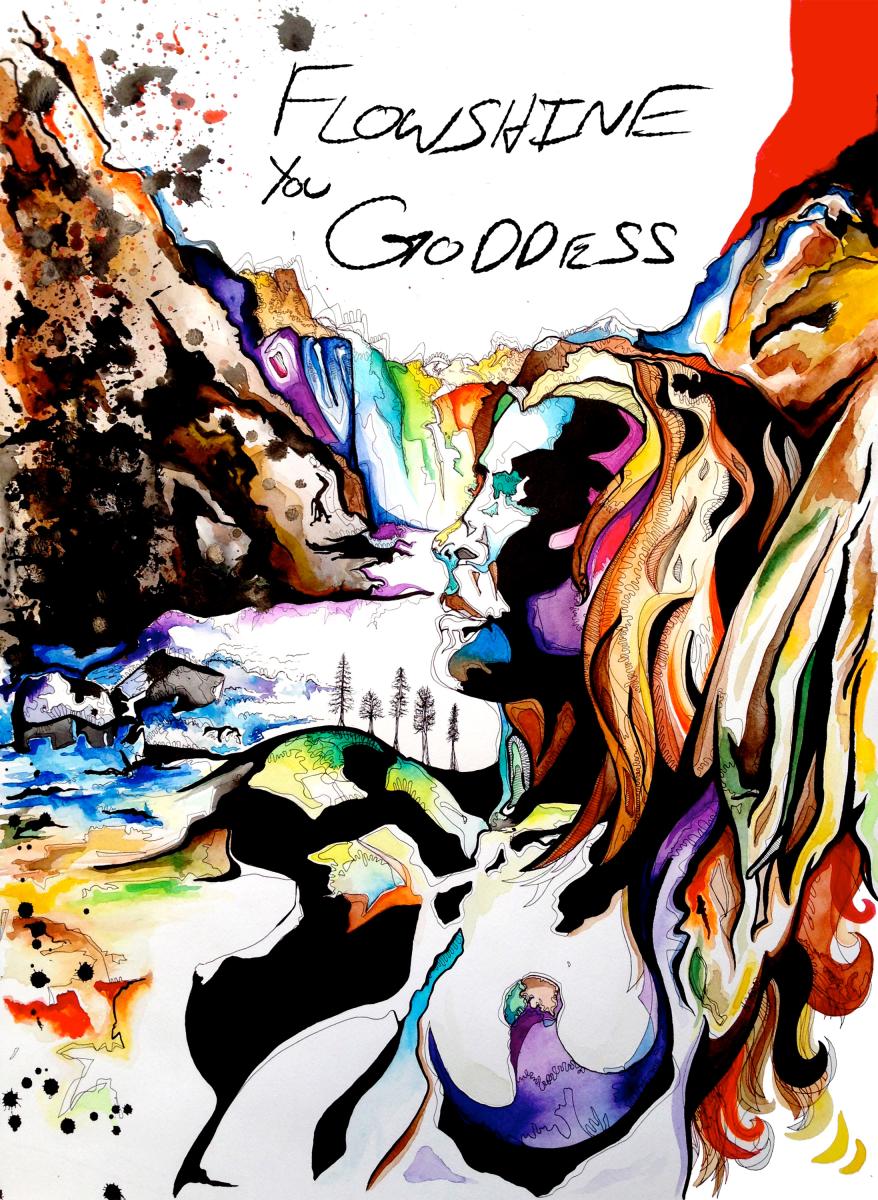 You’ll feel like the Goddess in question when you flow through the latest offering from the West Coast of Canada’s alternative rock five-piece, Flowshine! The epic seven-song strong album, You Goddess — available now alongside new single, “Give It A Go” — is a gorgeous love letter, whimsically written and carved in rock.

Landing a near-exact ten years since Flowshine debuted with their first album, Mountain Queen, You Goddess is their fourth offering. And though the group took a pause on concocting a full-length, their tenacity to consistently deliver on good music, great vibes, and powerful stage performance saw Flowshine spend their time on the road alongside heavy-hitters, Chilliwack, Five Alarm Funk, and The Wooden Sky. Their love of touring even saw them with two stops to the Yukon — a testament to their commitment to taking the music to the fans.