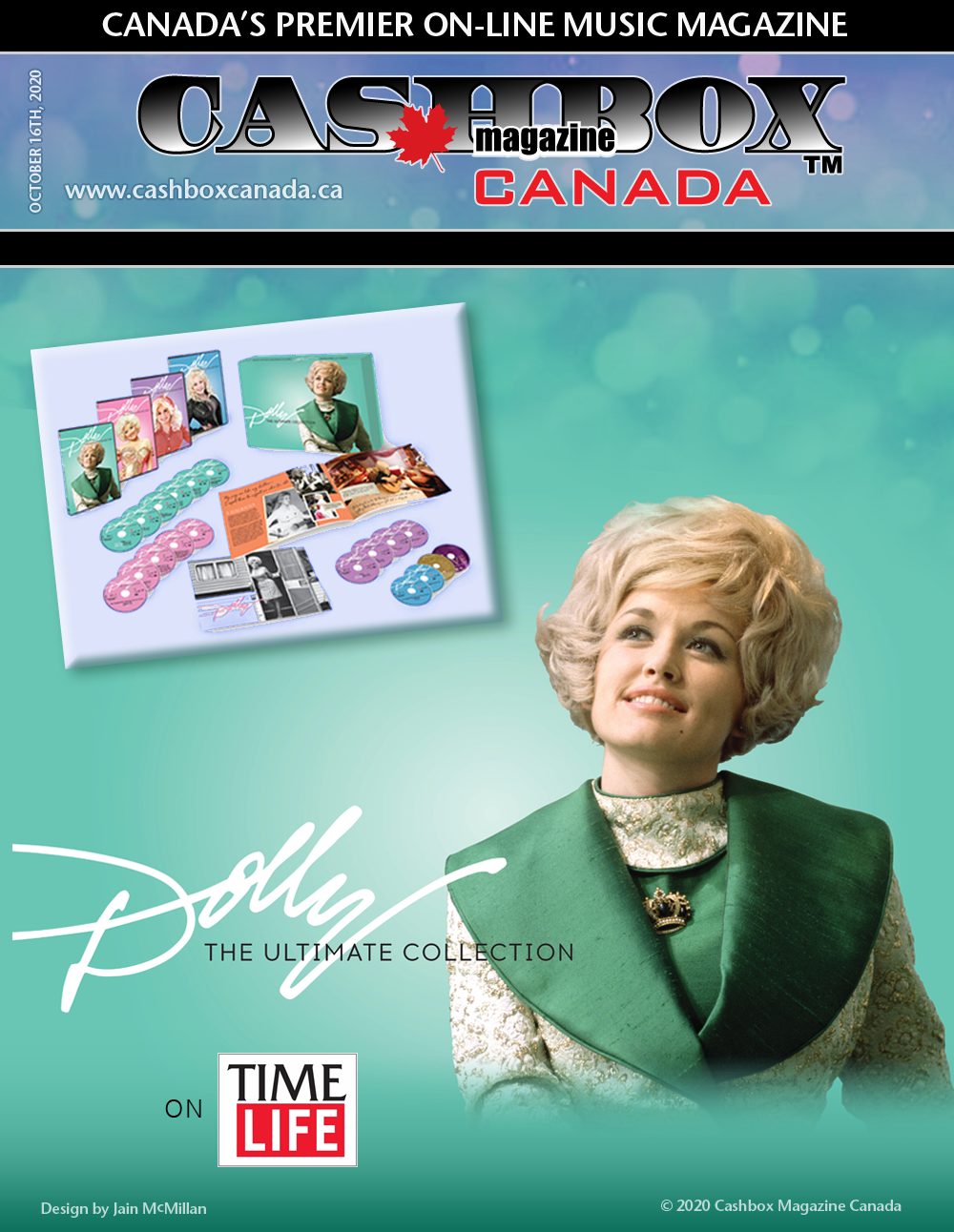 Dolly Parton has garnered ten Grammy Awards and 49 nominations, including the Lifetime Achievement Award and a 2020 win with for KING & COUNTRY for their collaboration on "God Only Knows"; 10 Country Music Association Awards, including Entertainer of the Year; five Academy of Country Music Awards, also including a nod for Entertainer of the Year; four People’s Choice Awards; and three American Music Awards. 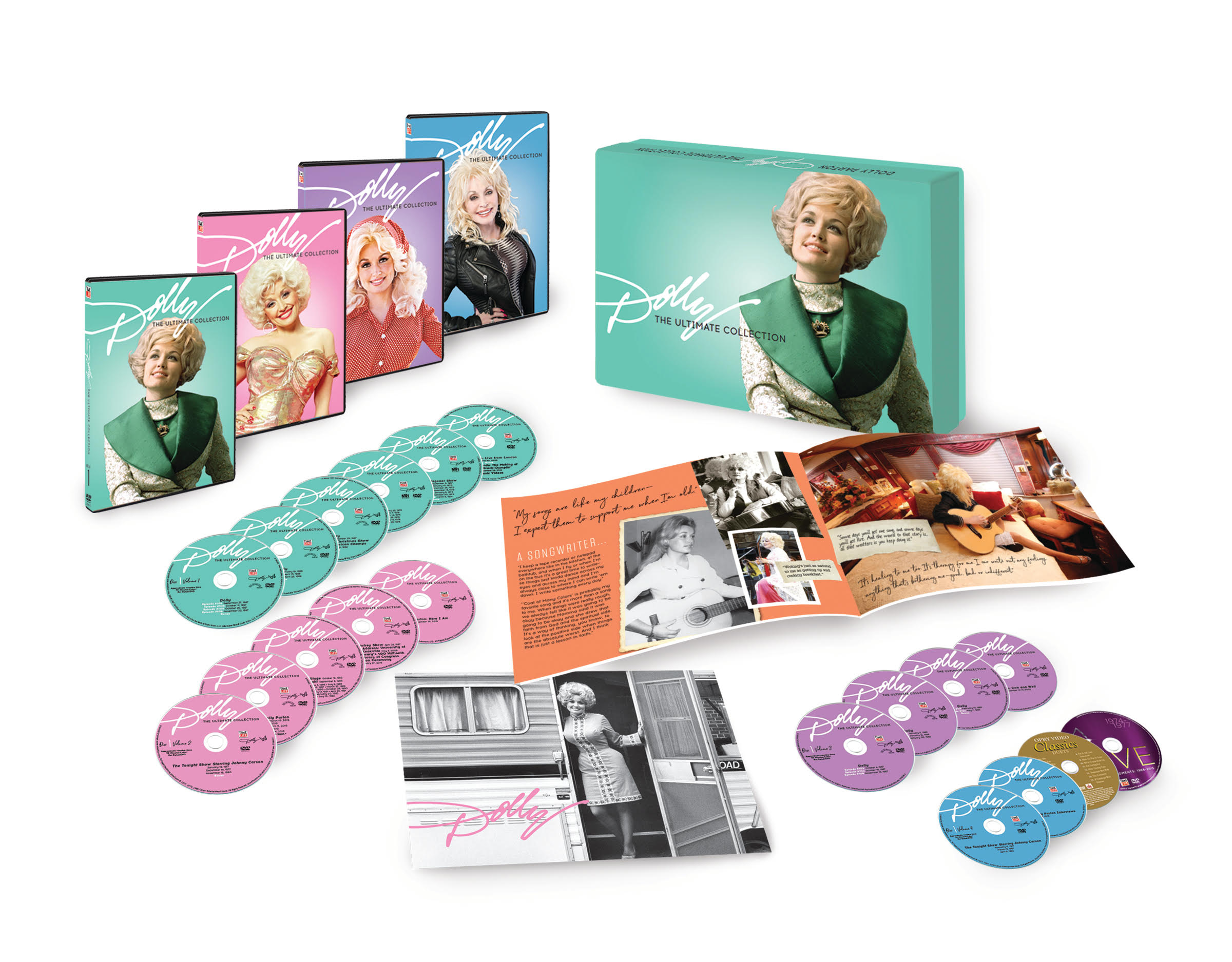 In 1999, Parton was inducted as a member of the coveted Country Music Hall of Fame. Parton has donated over 143 million books to children around the world with her Imagination Library. Her children's book, Coat of Many Colors, was dedicated to the Library of Congress to honor the Imagination Library's 100 millionth book donation. From her “Coat of Many Colors” while working “9 to 5,” no dream is too big and no mountain too high for the country girl who turned the world into her stage.

You can call her The Queen of Country, an Award-Winning Songwriter, Actress, Television Star, Philanthropist, Business Mogul, Icon and American Treasure - but to her millions of fans, she’s known simply as Dolly. From her start out of Nashville in the '60s to her Hollywood debut and beyond, Dolly has done it all...and in 6 inch heels!

Now, for the first time ever, the incredible highlights of Dolly's remarkable career are together in a one-of-a-kind 19-DVD set – DOLLY: THE ULTIMATE COLLECTION. From her early appearances in the ‘60s through her own star-studded variety shows in the ‘70s and ‘80s, to concerts, interviews, TV appearances and blockbuster collaborations with her closest friends, she’s still going strong and lookin’ spectacular!

"It’s been an amazing journey and you’ll find some of my most precious highlights included here in this collection,” said Dolly. “Thank you to the wonderful folks at Time Life for putting this together. What a delightful trip down memory lane....just the hair styles and outfits alone are worth a look and I'm surprised there are still any rhinestones left in this world! I hope you enjoy these moments as much as I did."

Dolly Parton remains as vibrant and relevant as ever. Her songs have captured the hearts of generations. Her electric smile has brightened the lives of millions. And her trademark style is recognized across the globe. Join Time Life for a celebration of her iconic, unforgettable career with DOLLY: THE ULTIMATE COLLECTION, only available via direct response or online at TimeLife.com/DollyParton.

Time Life is one of the world's pre-eminent creators and direct marketers of unique music and video/DVD products, specializing in distinctive multi-media collections that evoke memories of yesterday, capture the spirit of today, and can be enjoyed for a lifetime. TIME LIFE and the TIME LIFE logo are registered trademarks of Time Warner Inc. and affiliated companies used under license by Direct Holdings Americas Inc., which is not affiliated with Time Warner Inc. or Time Inc.