Skip to main content
Gene Cornish – My Life As a Rascal 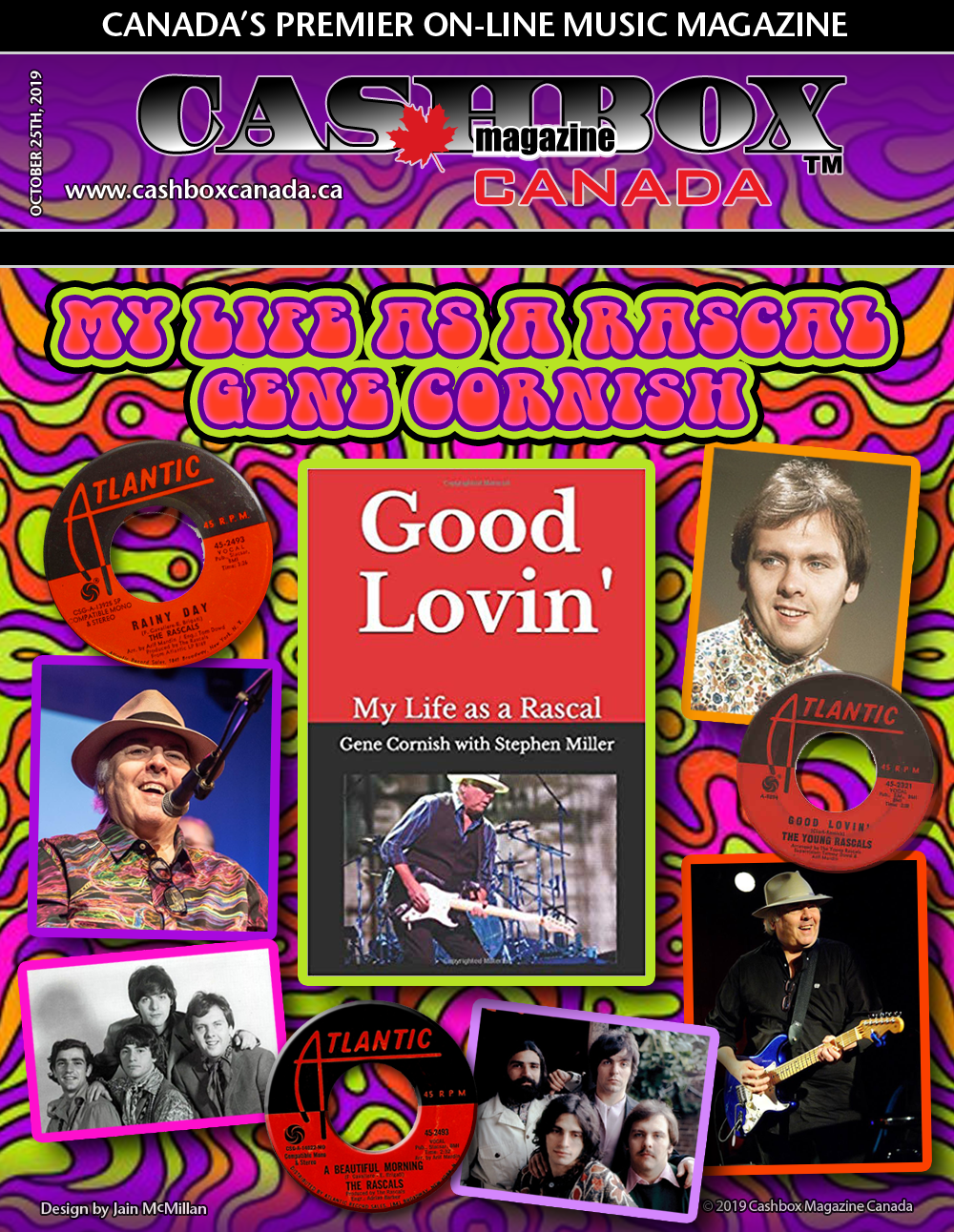 One of the amazing things about Cashbox Magazine is that it still has 'real estate' in the name, so when we request an interview with a legendary artist, it is always an honour when they say yes, and Gene Cornish was one of those personal honours for me not just as a journalist but as a true fan.

Catching up with Gene at his home in New Jersey, you can feel the love, memories and angst when he talks about the days of being one of The Rascals.  There is no bitterness in this talented man, and he has a philosophical and heartwarming way of telling the history of truly one of the greatest rock ‘n’ roll bands from the 1960s & ’70s.

The book “My Life as a Rascal” written by Gene Cornish with Stephen Miller, takes you through a musical maze of history that came with the rollercoaster costs of being such a trailblazing band. While other artists were still doing rock ‘n’ roll and Motown, The Rascals were adding strings and arrangements that were way beyond expectation. “I credit Felix (Cavaliere) for that; he was always going beyond what anyone else was doing. When protest songs were at their height (Eve of Destruction, Barry McGuire and the Vietnam Song, Country Joe and the Fish) we were recording songs like ‘It’s a Beautiful Morning’, Gene says. “A little while ago I had a Vet come backstage and thank me for the music that got him through the Vietnam War. It seems they played ‘It’s a Beautiful Morning’ in place of Reveille at sunrise. It actually brought tears to my eyes when I heard that.”

There are stories about the songs;  how and why they chose “Good Lovin’”, Eddie Bragiti’s killer vocals on “Ain’t Gonna Eat Out My Heart Anymore”, Dino Danelli’s powerhouse percussion.  The story behind “Groovin’”. “We were on the road, playing six days a week. We had Sundays off. So ‘groovin’ on a Sunday afternoon’ came from that day off. We love the fact people in the audience would sing along with us on the oohs and ahhs. The same thing happens with “It’s a Beautiful Morning.”

The other thing that is evident throughout the book is how much Gene loved his parents, and as a young boy he was living in Canada with his mother and grandmother, when his soon to be adopted father came across the water and took them on a boat to a better life in the USA. “My father gave me life, but my dad gave me a life”.  His dad, Ted Cornish, was supportive from the get-go and helped the young Gene not just financially but emotionally to pursue his life in music. “He bought a station wagon when he could have had a Caddy, but he knew I needed to get carted around with equipment. He was just that kind of guy. My mom, Ada, stuck by me after he passed and was always there when I needed her.”

When you read the book, chapter by chapter, you see how much his parents were always a major part of his life and the advice and support that helped Gene to keep going. “My dad has been gone for years, but I still ask his advice, and it comes through loud and clear. I still talk to him anytime I need him.”

Born in Canada with the name Jean-Paul, he was teased and bullied because in the US they thought that Jean was a girl’s name. He asked to change the spelling to Gene and that is when Gene Cornish was ‘born’, with the spelling taken from every kid’s hero, Gene Autrey.

“I still have great memories of Canada and ties in that country. When I first started out, my dad would drive us to press gigs; Peter Jennings in Ottawa, Dean Hagopian in Montreal.  I actually also co-produced one of the first April Wine hits, “I Wouldn’t Want to Lose Your Love” for Donald K Donald and Terry Flood. I still have close to 90 cousins, aunts and uncles there. I am an American citizen now but will always be proud to have been born a Canadian.”

There are names and stories (and photos) in the book that read like rock royalty; Phil Spector, Bruce Springsteen, Tony Hicks, Graham Nash, The Beatles, and a good friend for decades the indefatibagleTommy James. 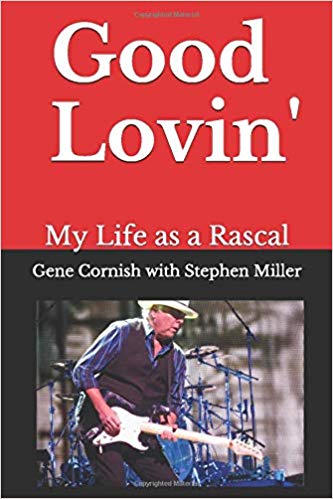 Gene talked about the early days (not going to get into all of it here so you can buy the book if you want to know more) but two things I didn’t know is that Eddie Brigati was in a car crash which left him in a coma, and the rest of the band had no idea if he would recover. This was pre-hit days so the course of musical history could have all turned out differently. “We were terrified not just because of the band but because we were like brothers and Eddie was seriously hurt. I was an only child, so the Rascals became my brothers really. Eddie recovered and we went on to become a household name. We were the first all-white band to be signed to Atlantic Records. In the beginning, they were nervous about us performing in case the black radio stations wouldn’t play us.”

There is so much more in the book, but after many separations and some bad blood, the Rascals reunited for the stage play performance of “Once Upon a Dream” , fronted by Stevie Van Zandt. I had the pleasure of seeing it in Toronto, and it was beautifully staged and the Rascals gave it their all. Unfortunately, even though it was generally sold out, the costs of producing it and the logistics took its toll and the show stopped touring.

“Stevie was amazing. Everything was top notch and he did a wonderful thing getting us all back together again. The costs were just too high.  I am so happy though that we got to bring it to our fans one more time. We are one of the only rock n roll bands that still has all four of the original members still alive.”

Gene Cornish holds no grudges and discredits any bad comments made about any of the members of the Rascals. “We were together day and night, 24/7 for years and of course there is going to be tension and discord.  We were also really young and were influenced by outsiders that didn’t really have our best interest at heart. We grew apart but I will always cherish my time as a Rascal. God blessed me with three brothers, Eddie, Dino and Felix.  The foreward to the book is actually written by Felix and I was so happy he offered to do that for me."

“I also credit my amazing woman Debbee Davis for getting me through the health issues, the stress, toll and the turmoil it took me through, she is my angel and the love of my life.”

It truly is a remarkable book, candid and raw about the true story of the Rascals. A ‘must-read’ and ‘must-have' for Rascal fans everywhere.

Editor’s Note:  Stephen Miller: "I grew up with The Rascals music so it was a pleasure to be asked by Gene to write his story. Now 2 ½ years later it is published and for me, I couldn’t be happier for Gene.  This is my first non-fiction book and normally I stay away from this type of writing but my love of their music drew me to it. It was truly a remarkable and unforgettable experience to write “Good Lovin’ My Life as a Rascal” with Gene Cornish."