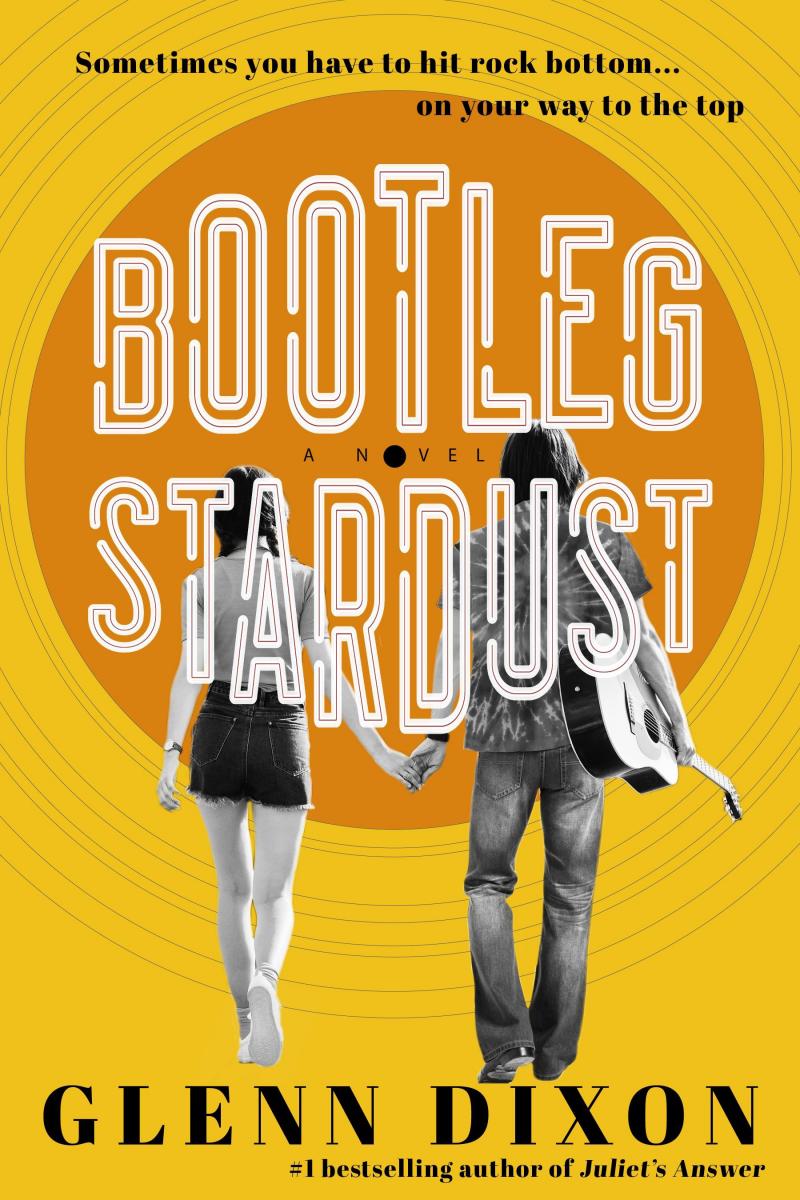 Not only that, but in order to make them sound authentic, the tunes were recorded on the legendary Rolling Stones Mobile Recording Studio and then taken, just like in the book, to Abbey Road Studios in London, in the very same rooms the Beatles once used.

The whole thing is a wild ride. Utterly magical and transporting, Bootleg Stardust is a one of a kind story about the power of music to bring people together and to break them apart… and the courage it takes to find your own voice.

About Glenn Dixon:
Glenn Dixon is an author, documentary filmmaker, and musician. Bootleg Stardust (Simon & Schuster) is his fourth book. His third, Juliet’s Answer, was a #1 Best Seller in Canada, and has now been published in 12 countries, and translated into German, Spanish, and Chinese. He has travelled through 75 countries, and written for the New Yorker, National Geographic, Psychology Today, and the Globe & Mail. He currently lives in Calgary where he is once again pretending to be a rock star.