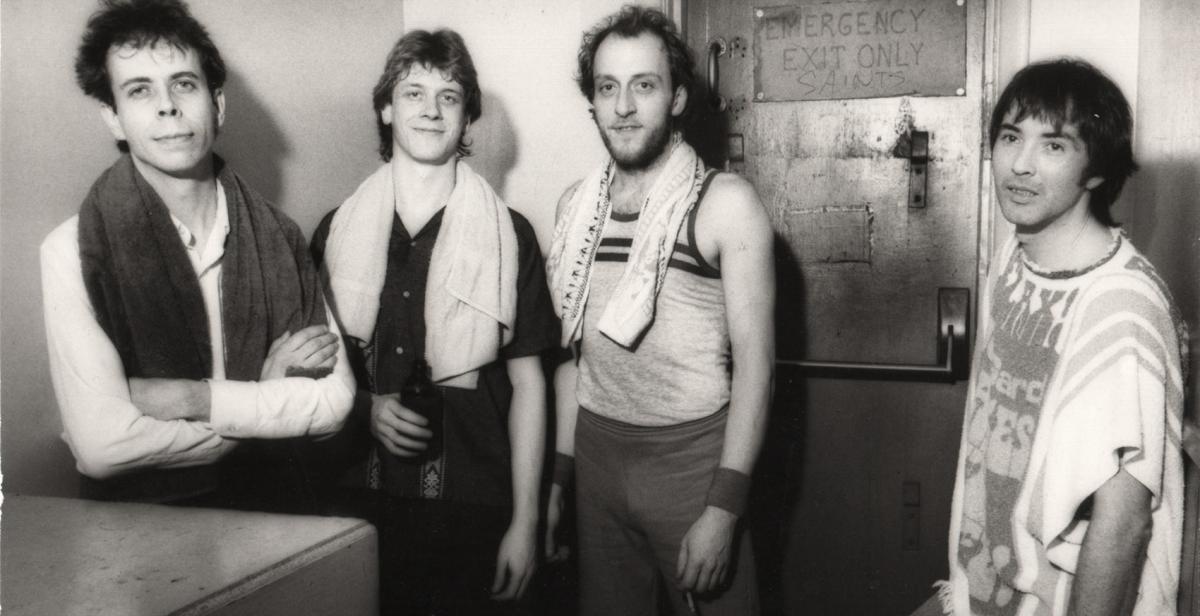 “We’re thrilled to recognize the writing duo of Diamond and Zero, whose song will now join a rich legacy of fellow Canadian Songwriters Hall of Fame Inductees who have also created hybrid hits including The Guess Who’s No Sugar Tonight/New Mother Nature, and Galt MacDermot’s Aquarius/Let the Sun Shine In by The Fifth Dimension,” said Vanessa Thomas, CSHF Executive Director.

Zero first started writing songs when he met keyboardist Sonny Keyes in Vancouver, BC in the ‘70s, and together determined that they needed to form a band to bring their compositions to life.  Zero reached out to bassist/singer David Diamond and drummer Max Styles that he knew from high school back in Oakville, Ontario and the band they named Whistleking was born.  Soon Diamond was contributing songs and cowriting as well, and with his incredible lead vocals, the four young men knew that this was something special. So, they wrote, rehearsed and gigged for a couple of years and after winning the first homegrown radio talent contest in Toronto, they realized a catchier name was needed and they became The Kings.

When The Kings went into Toronto’s Nimbus 9 recording studio to make an indie album, they had no idea that they would meet celebrated producer Bob Ezrin, who had just recorded Pink Floyd’s No. 1 album “The Wall.”  Ezrin realized that while the talent was there, the band needed his studio expertise.  With Ezrin’s input, Diamond had changed the chord structure for This Beat Goes On and then Zero spent a couple of weeks re-writing the lyrics.  Elektra released Switchin’ to Glide as a single, but it didn’t get much notice until the label released the two song segue and that is when the phones started ringing at major market radio stations across North America.

This Beat Goes On/Switchin’ to Glide stayed on the Billboard Hot 100 for 23 weeks, and peaked at No. 43 on December 13, 1980.  It reached the Top 10 on Toronto’s CHUM FM and WMET in Chicago, but it was massive airplay at U.S. stations like mid-West powerhouse WLS-AM, WRIF in Detroit, KROQ in L.A., and WNEW in New York City that gave Elektra reason to really promote the single.  On the West coast leg of a long tour, they debuted in L.A. at the Whisky a-Go-Go, and gave an electrifying performance on Dick Clark’s American Bandstand for ABC TV.

In Canada, the song reached No. 59 on RPM’s Top 100 chart, and No. 8 on the Canadian content chart.  It was also named “One of the Top 100 Radio Programmers Picks of the Decade” by Album Network Magazine U.S., and labelled the “Almost Official Song of Toronto” in 2018 by the Toronto Star.

The album “The Kings are Here,” reached Billboard’s Top 100 album chart and went Gold in Canada, earning a JUNO Award nomination for Most Promising Group of the Year, and The Kings were named Most Promising New Band by Cashbox Magazine USA.   After the CD version came out, the album passed platinum status and was declared a SOCAN Classic in 2016 for more than 100,000 plays on Canadian radio.

Four decades since its release, The Kings have performed more than 2,000 shows across North America sharing stages with international stars including Eric Clapton, The Beach Boys, Bob Seger, Jeff Beck and many others, as well as Canadian artists Loverboy, April Wine, Jeff Healey, Teenage Head, and more.

Since there never was a video for the segue, The Kings produced one themselves, using live footage from more than 20 years of shows, which was also repurposed for their documentary, Anatomy of a One-Hit Wonder, that tells the band’s success story with their trademark humour.  Alongside YouTube and music streaming, The Kings continue to amass fans from around the world with a recently released concert movie, The Kings: Live at Heatwave, using re-mastered footage from their closing performance at 1980’s Heatwave Rock Festival in Bowmanville, Ontario that also headlined Elvis Costello, The B-52’s and The Pretenders among others.

Following the virtual song induction, the Canadian Songwriters Hall of Fame will add This Beat Goes On/Switchin’ to Glide to its permanent and interactive exhibition at the National Music Centre in Calgary, that features a celebrated catalogue of inducted songs that fans can listen to, as well as displays, exclusive artifacts, and one-of-a-kind memorabilia celebrating Canada’s greatest songwriters and Inductees.