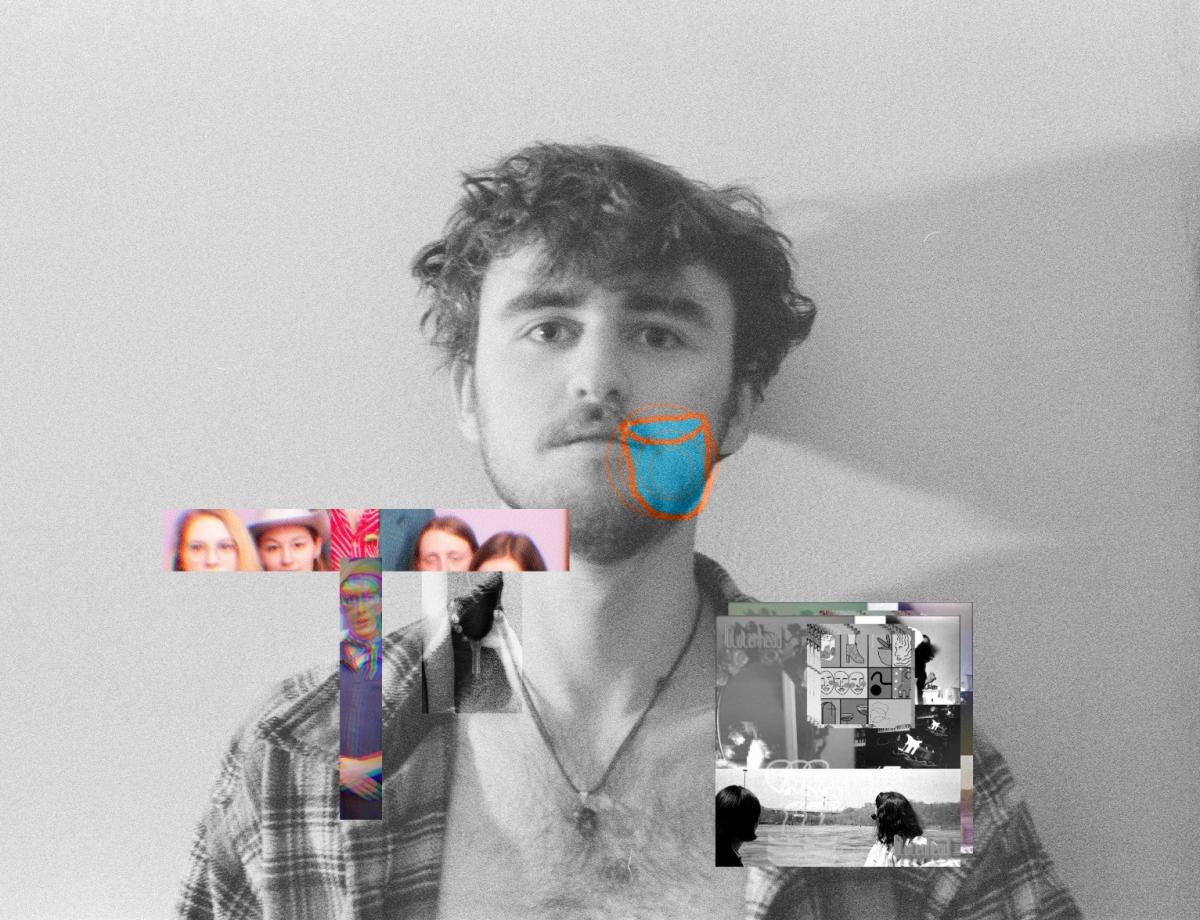 The album — and its premiere single “how it feels” — pull the curtain back on Toronto-based multi-instrumentalist and producer Benjamin Shapiro, and his distinctly multi-layered sonic style.

“I learned how every word, construct, idea has weight because each has the capacity for a universe, and an opportunity for meaning. Each one holds time and place inside itself, recalling personal experience, and allowing that internal experience to unfold into the external world. Language, then, becomes a raw material to construct the experience around it.”

As he started to tire of his course load — which also included philosophy and music — Glutenhead “became an outlet for my creative and existential musings.”

“It exists as a project linked to a place and people. It’s the composite of the influence of living, writing, and recording in ‘Casa del Crusto’ — a 19th century, completely cut-up and slightly run-down Victorian home on a quiet side street in the middle of hot streak Toronto — that was always full of people moving in and out, bringing home their own kinds of mess and endeavours.

It’s a chaos that considers the coming-to of a collective thought, the friction and energy between people, their own intimacies.”

It was at ‘Casa del Crusto’ that Shapiro connected the ultimate dot: the term ‘glugen frau’ and how it fit into his musical and life experience.

“That phrase became sticky in my mind,” he shares. “Cropping up in my consciousness, it’s faint… Then jumps out when triggered, like any memory that becomes symbolic. Leaking, like a pen on the run from the law.

“That phrase and its multiplicity of meaning — both personal, temporal and external — fit as the basis of this project. The album is an exercise of living within — within a house, a dream, a city, a memory, a projected landscape — and designed to be brought through time, like a mechanism to wrap personal feelings around, create memories around, or fabricate fantasies with.

“Like honey catching flies, it’s a way to attach the internal into something that can be accessed externally. The music is not ‘on top of time,’ but inside it, and best understood by living with it.

Glugen Frau and “how it feels” are available now.