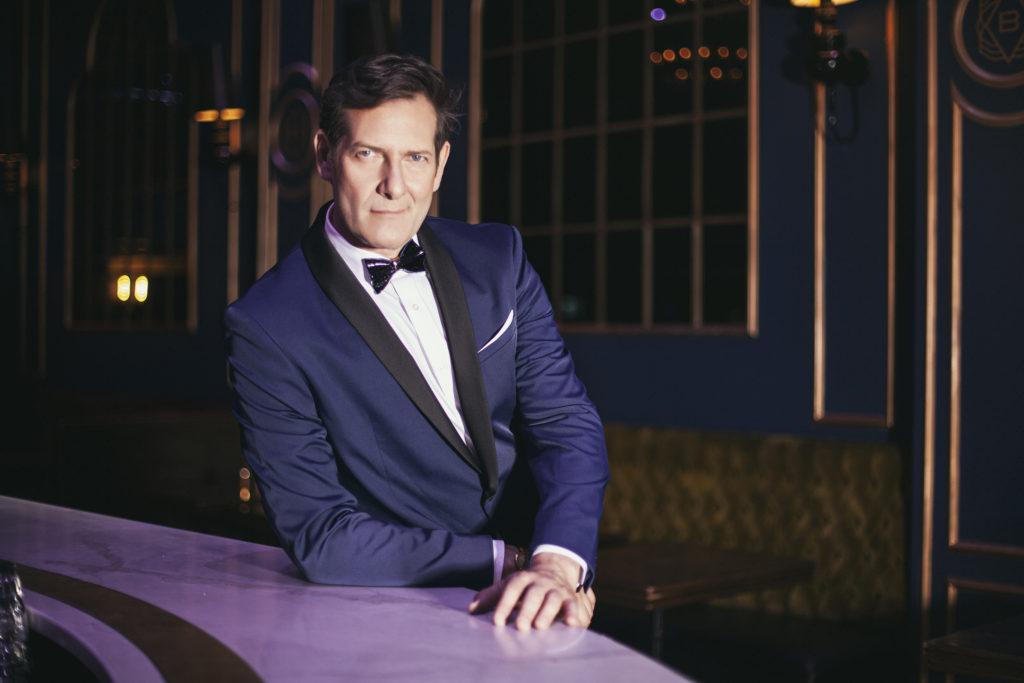 Canadian jazz virtuoso Micah Barnes has transformed into a transcontinental tomcat with the release of his new single, “When In Rome (I Do as the Romans Do)” — available now!

“For the video, we got very lucky indeed,” Barnes says of the opportunity to shoot in the song’s subject city itself — Rome! “So for three days I pretended I was Marcello Mastroianni in La Dolce Vita, sweltering in a suit as we shot in the warm Italian sunshine.

“For the song itself, ‘When In Rome’ has a real ‘swingers anthem’ to it, so I decided to give it a sexy, breezy, Bossa Nova feel with strings for that ‘International playboy’ approach,” Barnes continues, detailing his 2020 vision for the 60s-era Cy Coleman / Carolyn Leigh classic, in collaboration with his band — Michael Shand, Russ Boswell, Al Cross, with additional contribution from Rob Pitch and Don Breithaupt. “I hope folks will find the results deliciously naughty!

“After all, ‘When In Rome’ is essentially a very smart and sophisticated ‘cheating’ song.

“I think the New York Times said it best:” he adds, referencing a piece published in May 2009. “‘When In Rome’ has lyrics by Carolyn Leigh, Coleman’s greatest collaborator and the only major American lyricist whose bon mots consistently match Cole Porter’s in capturing an attitude of jaded sophistication fraught with heartbreak. The more pain is exposed, the sharper the wit that covers it up…’

“Which,” Barnes continues, laughing, quintessentially captures that “mid-century American attitude of jet-setting to the tune of International infidelity.”

“When In Rome” is the second single to land ahead of Barnes’ forthcoming album, Vegas Breeze. The album is the newest to come from Barnes and follows his #1 iTunes Canada Jazz Chart album, New York Stories.

“Finding the songs for Vegas Breeze has been a gas,” Barnes says of his meticulous search of the 50s and 60s-era pop. “It meant hours and hours of enjoyment, discovering lesser-known material of the classic showroom era.

“It was an interesting time for songcraft in that most of the ‘hit parade’ was generated from Broadway and Hollywood,” he continues, adding that most songs from musical scores enjoyed status as mainstays on the charts. “It’s not a generalization to say that meant a more sophisticated sense of lyric and melodic structure in that pre-rock n’ roll period.

“With the first single being Frank Sinatra’s classic, ‘That’s Life’, I knew it was important to look beyond the Rat Pack tunes for the rest of the collection,” says Barnes, noting the album’s premiere release. “I went deep diving through the repertoire of other Las Vegas entertainers.

“‘When In Rome,’ was first recorded in 1964 by Ms. Peggy Lee, who had a real knack for finding witty and intelligent songs… It’s the Barbra Streisand version — released the same year — that I was most familiar with from my family’s record collection at home.”

Home for Barnes has long been Toronto, Ontario; born in Vienna and raised in Canada, he cut his teeth in the cabarets and jazz clubs of the city while still a teenager, before joining a cappella vocal group The Nylons in 1989. A JUNO Award-nominee, the years since have seen Barnes’ catapulting solo career has proffer extensive International touring, top-charting at #1 — including but not limited to Billboard hit “Welcome To My Head” and debuting #1 on the iTunes Canada Jazz Chart for Vegas Breeze’s “That’s Life” — and an extensive coaching roster for some of the industry’s most elite entertainers.

“When In Rome (I Do as the Romans Do)” is available now.

Vegas Breeze is available in March 2020.