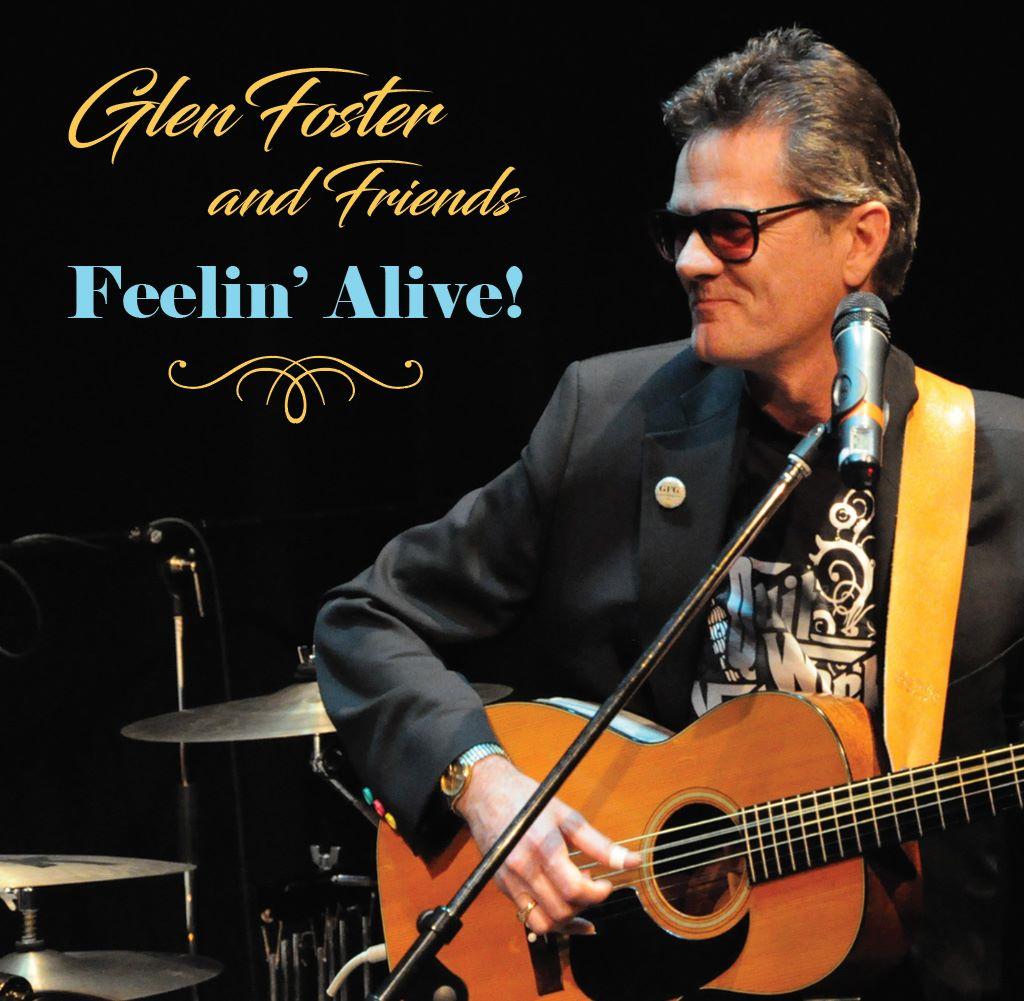 Whether you’re familiar or not with Foster’s music, Feelin’ Alive is a perfect showcase of his talents and capabilities; his signature folk-rock sound paired with a mesmerising stage presence, his master songwriting abilities and the roar of a devoted and enchanted crowd are all the proof you’ll need.

Reminiscing on the performance quality of the gig, Foster says they had been working steadily. “My voice was in peak form and the band was playing great,” he shares. “It worked out perfectly that we had recorded that concert, and were due to release a new album soon.”

In Foster’s 40+ year-spanning career, he’s released not only this stunning new live record and singles like the aforementioned “Three Man Band” — which was written as a stirring tribute to CCR’s John Fogerty — but eight fully-original studio albums, which include: 2020’s Not Far Away, the Party Out There Tonight EP (2019) and his 1982 breakthrough, Walk into the Mirror, released with his former band, The Falcon.

Proud of his efforts and looking forward to getting back on stage, Foster says they’re “so glad to be back playing some live gigs this summer after the long COVID-19 layoff.

“We have (this) brand new-album and single to share, and I’m also releasing a Christmas album later this year… I don’t have time to not be busy,” he quips, in conclusion.

Foster is simply a “do-it-all-myself” kind of guy. Whether working the fretboard or the microphone, he makes it all look easy. Of course, easy is easier said than done; it only comes with decades of blood, sweat, toil and tears. Foster knows that first-hand. For Foster, music is a lifelong labour of love. He grew up on a balanced diet of guitar bands like The Ventures and Santo and Johnny, pop icons like The Beatles and Beach Boys, and singer-songwriters like Bob Dylan, Neil Young and Paul Simon. He's criss-crossed the country with countless bands, backing Ray Materick of Linda, Put the Coffee On fame and fronting The Falcon. He's gigged with everyone from Lighthouse, Dr. Hook and Stan Rogers to Valdy and Sammy Hagar.

On top of playing gigs all across the world, he’s been an instrument repairman, salesman and a teacher — just to name a few of his day jobs. He was even a music student with two silver medals from the Royal Conservatory of Music. Fans itching for more original music from this Canadian legend can also look forward to his upcoming Christmas-themed album, The Spirit of Christmas, due out this November — suitably titled after his best-selling 1986 holiday single of the same name.