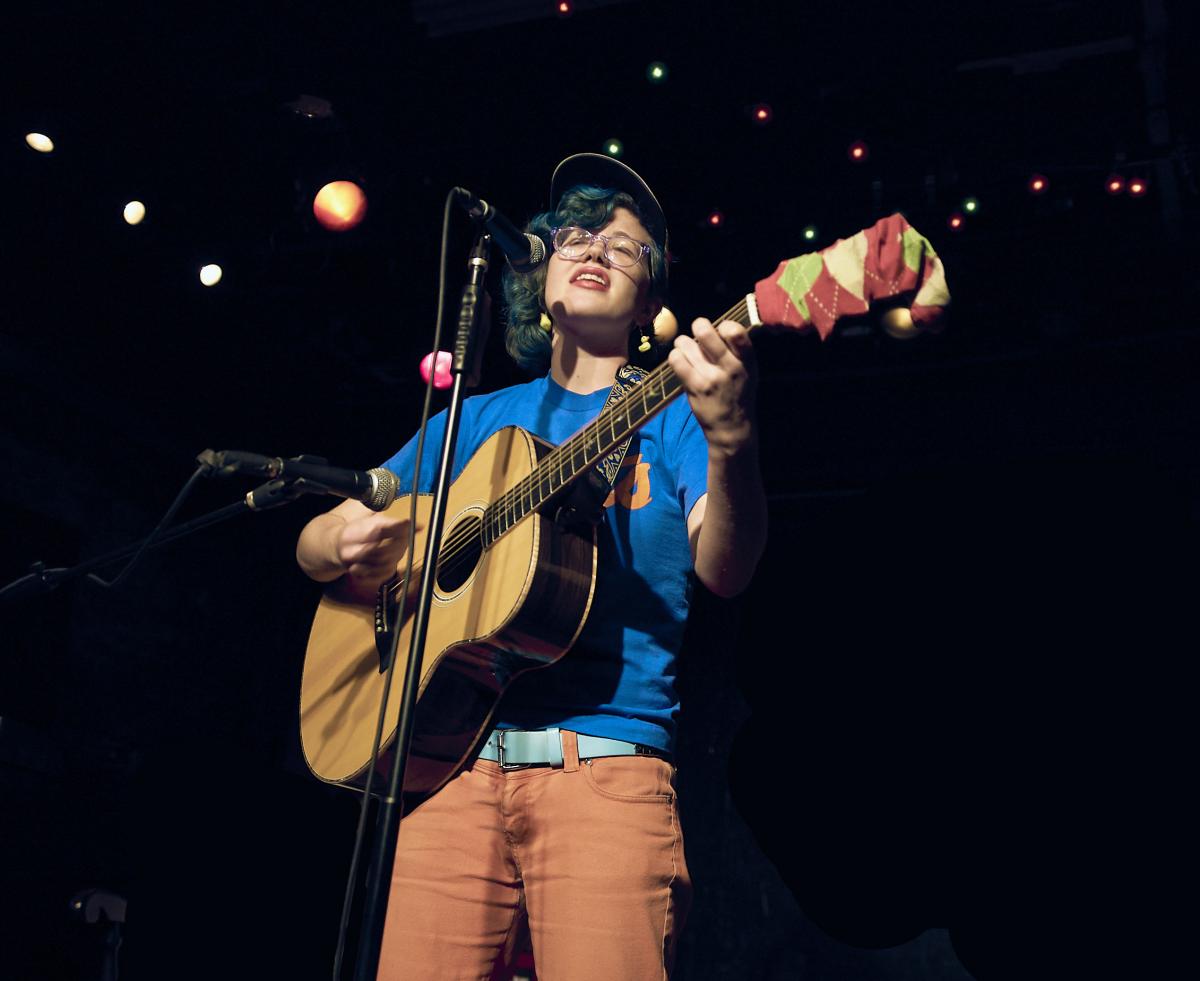 The title of the new album is taken from the name of a Babylonian ziggurat that was constructed with the aim of reaching the heavens — and is speculated to have inspired the story of the Tower of Babel. The title track, “Etemenanki,” is sung by a homeless woman losing her mind in Babylon, and references the god Marduk, to whom the temple was dedicated.

“Part of my style has always been to meet ‘serious’ with ‘silly,’” says Koenig. “Bʌfdɔg is an overwhelmingly sad creature, but because of their silly name, they’re also supposed to be cute; the name hints at a sense of playfulness behind the sadness.”

The album was written in its entirety in the first two weeks of the New York City COVID-19 lockdown that began in March 2020. While house-sitting for a friend in their secluded 4th-floor apartment, Koenig sat down each night and completed a new song.

Over the following few months, she used the quiet space to record the album in full, then spent the summer and early fall producing and arranging. With the exception of bass, drums, cello, and the percussion featured on “Fell to stone,” every instrument heard on the album is performed by Koenig. The cello featured on “Oh, how I’ve loved you” was performed by Lara Brodsky (Lenny Pickett, Candido, Mos Def) and the percussion on “Fell to stone” was performed by Jeff Mann of jazz fusion trio Consider the Source.

“Many of the songs are meant to capture the exhaustion that comes with long-term depression,” says Koenig, who suffers from mental illness. She’s also known to be an advocate for mental health awareness, a mission she makes a part of her live performances, where she is intently open about her personal struggles. “It’s hard enough to live with mental illness let alone to live with shame about it,” she says. “I’ve always believed that sharing actively about my own mental health can help to normalize the topic of conversation for others. I want to live in a world where people can say they’re not feeling well mentally and it inspires compassion and understanding from others.”

ABOUT KATE KOENIG
Kate Koenig is a very hungry experimental-folk caterpillar that eats Fleet Foxes’ progressivism, Kate Bush’s iconoclasticism, Jeff Buckley’s zeal and Leonard Cohen’s disenchantment, and is still eating while you read this bio. She is also a fierce advocate for mental health awareness, which comes out in the deeply personal, introspective theater of her music. Based in Brooklyn, she’s played at NYC’s Bowery Ballroom, Pete’s Candy Store, Pianos, Niagara, and Under St. Mark’s Theatre. In June of 2019, she released her debut album, Haircuts for Barbers, which can be found on all streaming platforms.