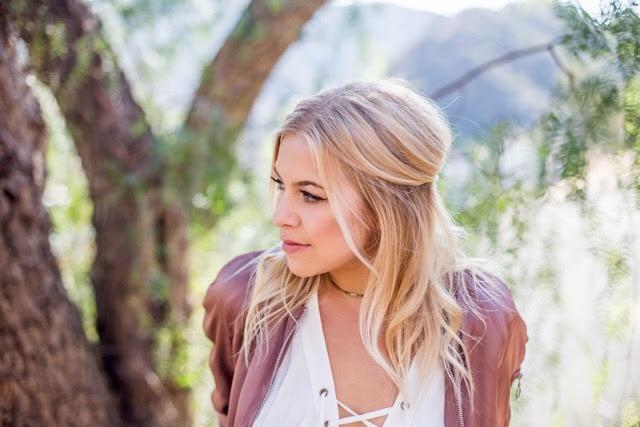 Maggie Szabo is a Canadian singer-songwriter who has been winning over audiences worldwide with her stunningly soulful vocals and empowering pop anthems. Hailing from small-town Ontario, Szabo is now an accomplished musician living in Los Angeles and is using her music to conquer social injustice.

After quickly becoming one of the most sought-after songwriter/vocalists for DJs and notable film and TV placements, Szabo’s latest work has focused primarily on her solo project and was written in some of the most beautiful and exotic places on earth, including Greece, Amsterdam, London and Thailand.

‘Don’t Give Up’ is the first single off of Szabo’s upcoming EP, entitled Worthy. It’s a beautifully authentic and heartfelt song dedicated to transgender youth around the world who live in fear and suffer from rejection and exclusion. ‘Don’t Give Up' showcases an emotional rawness rarely found in music today, whilst addressing a subject which is imperative within today’s society. With soaring layered vocals, Szabo sings an uplifting and encouraging message of hope and acceptance. The single features a driving rhythm section and gospel-inspired backing vocals, creating the perfect empowering anthem for those in need. 'Don’t Give Up’ was written and recorded in Los Angeles along with Stefan Lit (One Direction) and Chaz Mason.

The powerful and poignant narrative of ‘Don’t Give Up' is reflected in an exquisitely cinematic video, that follows a girl who is struggling with her gender identity and the pressures of conformity in high school. Szabo’s ultimate messages to fight for social justice and equality, “people are people, love is love. Society needs to stand up” professes Szabo. “I can’t stand by and watch millions of transgender youth live in fear for their safety, outcast from their homes and marginalized by society simply because they are struggling to understand their gender identity. I want to stand with them.”

Szabo’s successes to date include over 13 million views on YouTube, extensive media coverage from high profile outlets such as Perez Hilton, Yahoo Music!, PopCrush and Huffington Post, as well as being featured on multiple airline playlists and numerous notable film and TV placements. She recently was the featured vocalist on the album for German electronic DJ Schiller, who has so far sold 7 million albums worldwide.

Don’t Give Up Maggie Szabo
https://youtu.be/wnvyoI7_EIU