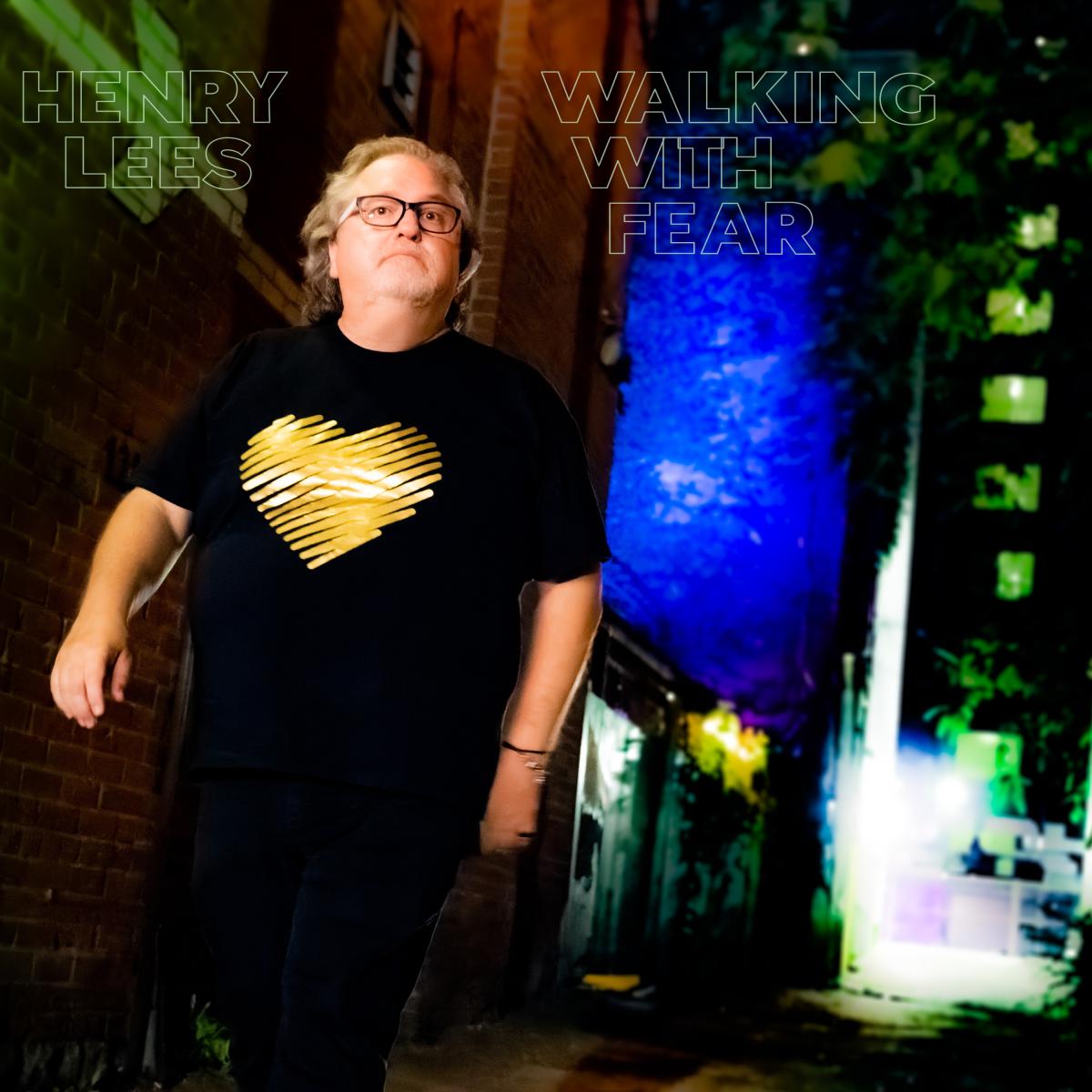 Time is the ultimate healer, but music is one of the strongest medicines that can help along the way. Often, all it takes is a song that your mind, heart, and soul connect with to bring relief to whatever may be troublesome. That’s the prescription award-winning Canadian singer-songwriter Henry Lees aims to fill with his very personal but widely relatable new single, “Walking With Fear” released alongside Action Anxiety Day!

Watch and listen to “Walking With Fear” on YouTube here:

An empowering folk-rock anthem built on a bed of beautiful acoustic and electric guitar interplay and a driving, heartbeat rhythm, “Walking with Fear” isn’t about being scared stiff. It’s about feeling those uncomfortable, fearful and anxious emotions and still finding the resolve to stay your course.

“‘Walking with Fear’ pays tribute to the courage it takes to put one foot in front of the other when fear and anxiety are working overtime to paralyze you,” Lees shares. “It’s about being at a place of peace and strength that so many who live with high anxiety struggle to find.”

It’s a situation the Vancouver-born, Toronto-based artist is intimately familiar with after living with debilitating anxiety for most of his life and being diagnosed with Generalized Anxiety Disorder just over a decade ago. A combination of therapies including cognitive behavioral therapy and mindfulness training has helped him live peacefully and successfully with GAD.

“I finally had a name and an explanation for the fear and apprehension that had dogged me almost daily since childhood and had manifested in troubling mental and physical issues,” explained Lees in a recent interview with Anxiety Canada. “I used to call it Chicken Little Syndrome: ‘The sky is falling! The sky is falling!’ But I’ve learned to cope with my GAD now.”

‘I’ve grown to know you so well, just like the bravest part of myself.’

In deciding to tell his own story in song, Lees knew that he wanted it to be both personally cathartic and potentially helpful for others.

“I discovered June 10 is Action Anxiety Day in Canada and knew it would be the perfect release date for ‘Walking with Fear’. The song and the day are both all about taking action to cope with fear and anxiety.”

Lees reached out to Anxiety Canada about the single release plans for Action Anxiety Day and to offer “Walking With Fear” in any way they may find helpful. They responded by partnering with him to interview him about his story and the song for an article currently featured on AnxietyCanada.com; Lees has also launched a personal challenge fundraiser for the organization, and donated 100% of the song's proceeds from June 10th - 15th in further support towards Anxiety Canada's cause.

“I am thrilled Anxiety Canada is honoured that I’m releasing this song in conjunction with Action Anxiety Day and that they wanted to share my story. I really hope it helps amplify their mission to provide accessible, science-based anxiety relief,” shares Lees. “I also appreciate Anxiety Canada’s #ACTonAnxiety approach of Awareness/Advocacy (sharing stories); Colours (wearing blue and orange); and Treatment (raising funds for evidence-based resources and treatment).”

The last two-plus years of a global pandemic have seriously tested everyone’s mettle, especially those who live with anxiety disorders.

Lees and his “Walking With Fear” co-writer and producer, multi-award-winning singer-songwriter and 2022 CFMA nominee David Leask, also knew it was a good time to record and release their song about facing fears, but how?

“It was truly an international, intercity effort to be very proud of by a group of stellar talents,” recalls Lees. “I was completely floored by how extremely well everything came together and how simpatico it all sounds.”

A singer, songwriter, and percussionist since his teens, Henry Lees’ love of writing, recording, and performing everything from radio jingles to musical theatre has taken him on to the airwaves and on to stages across Canada — including singing on two cross-Canada Huron Carole benefit tours with singer-songwriter, actor, philanthropist and Order of Canada recipient Tom Jackson.

In 2018, Lees co-wrote three songs on the Maple Blues Awards nominated Recording of the Year “Monarch” by Canadian blues artist Chris Antonik. In 2021, Lees was honoured with a Top Ten Finalist Award from the International Acoustic Music Awards and a Second Place Award from the Indie International Songwriting Awards for his song “Nothing Left to Lose”, co-written with rising Vancouver songwriter/producer Sean Thomas.

These recent successes have buoyed Lees with plans to release two more digital singles in 2022 with an EP on the way in early 2023. In the meantime, the focus is on sharing the powerful, supportive message of “Walking With Fear”.

“I hope ‘Walking With Fear’ is relatable for others struggling with anxiety and inspires them to feel hopeful and remember that it is absolutely possible to live peacefully with anxiety,” says Lees.

“Walking With Fear” is available now, having released on Action Anxiety Day via on all streaming services and via henryleesmusic.com and henrylees.bandcamp.com.