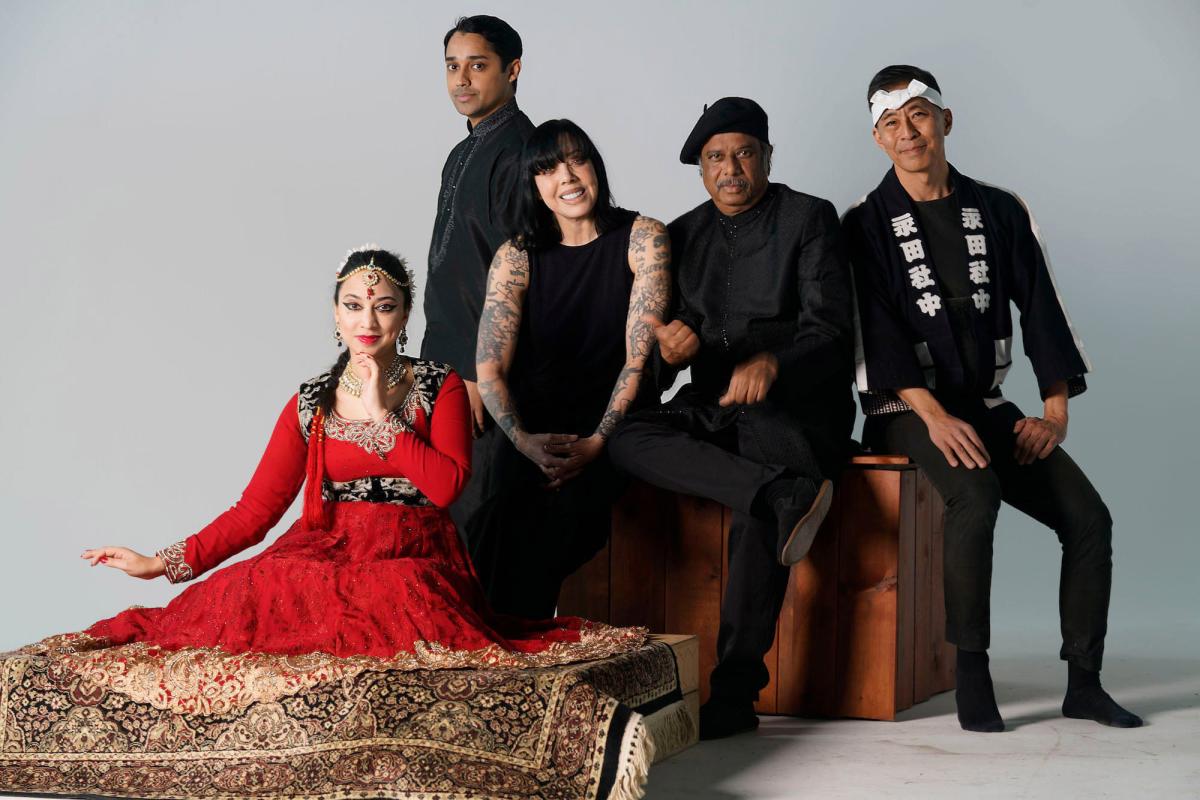 Celebrating their 30th anniversary, the song lands alongside Toronto Tabla Ensemble’s blistering new album, For the Love of Tabla — an 11-song LP that dazzles listeners start to finish with some of the best tabla playing in the world.

Their eighth studio release, TTE’s enchanting founder and artistic director Ritesh Das continues to put the tabla, a twin-hand drum popularized in northern India during the 18th century, in the spotlight. “Normally the tabla gets lost or buried under all the other instruments in a song so, for this album, I mixed each track to bring the tabla up so you can hear it prominently within all the other sounds,” Das explains.

While the entire album defies expectations, a distinctive energy radiates from their latest release. “Prayer for the Mother” is a technically brilliant composition that draws on unique instrumental configurations that continue to assert TTE as a musical tour de force and one of Canada’s most prestigious and creative exports. The effortless fusion of rhythmic tabla percussion and rock n’ roll sensibilities serve as a sonic mechanism to communicate the tremendous power of woman and motherhood, and Canadian icon Bif Naked’s hypnotic lyrics accompany Das’s lightning-fast vocalizations to elevate “Prayer for the Mother” into the music stratosphere.

Beyond “Prayer for the Mother,” For the Love of Tabla is bursting with a worldly charm reflective of the diversity found in every musical moment, and an all-star cast of renowned artists assembles to bring TTE’s latest musical masterpiece to life.

“For The Love of Tabla” features a cacophony of musical talent that has shared a harmonious relationship with TTE over their storied career — including longtime collaborator and Taiko master Kiyoshi Nagata, violinist/composer Miamon Miller, drummer Dale Anne Brendon, and sitarist George Koller, to name a few.

Recording TTE’s latest album during a global pandemic was not easy, and all of the sensational artists featured on the release played remotely all across the globe to bring the album to fruition.

Thankfully, however, the collective of passionate artists found a way to make it work. As Das says, “I think members and performers took advantage of the situation and turned it into something positive.”

While Das acknowledges traditional Indian sounds are featured on the album, he emphasizes, “I don’t do traditional Indian music.” To Das and TTE, music has no geographical boundaries, declaring, “I take the essence of North Indian classical music and blend it with other styles.”

Over the last three decades, TTE has wowed audiences playing some of the biggest stages around the world. As they’ve brought their intricate music to the masses, TTE has won and been nominated for numerous creative awards including the Global Music Award for Outstanding Achievement in composition, the Independent Music Award for Best World Traditional Song, and a JUNO Award nomination for their enigmatic record, Firedance. With a myriad of accolades under their belt, Das and TTE continue to push their art as a way of uniting and educating listeners. As Das suggests, “if you can educate people about the culture, I think you can eliminate a lot of racism.”

All are welcome to commemorate Toronto Tabla Ensemble’s For the Love of Tabla, a CD release party is set to take place on March 19th at Toronto’s Harbourfront Centre Theater. Soul-stirring performances from TTE will be captured in-person and live-streamed beginning at 7 PM. Head to TorontoTabla.com/events for more information.

Toronto Tabla Ensemble’s exceptional single “Prayer for the Mother” from their jaw-dropping album For the Love of Tabla is available on CD and digital platforms now.