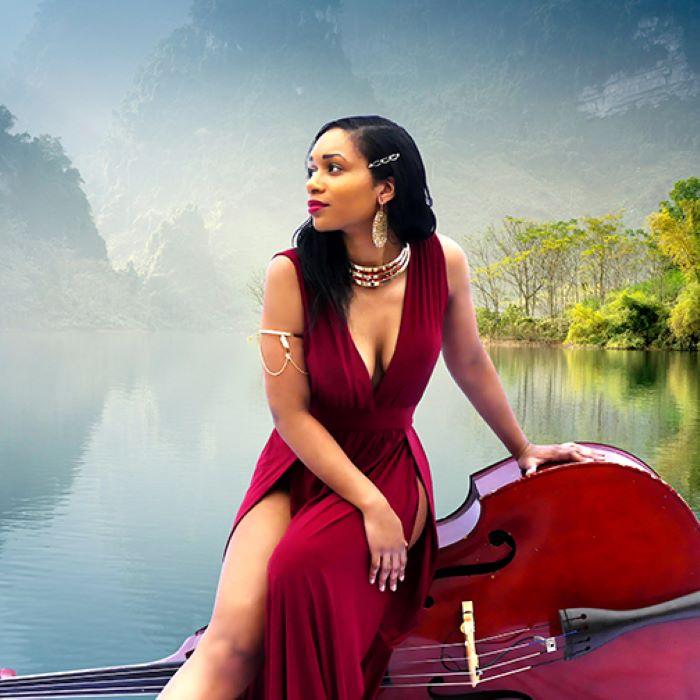 It takes so much more than a strong voice, songs, and performing ability to break through the ocean’s swell of talent out there; it also takes a special ‘something’ that, while hard to pinpoint, is undeniably irresistible… With that, there’s no denying powerhouse blues singer-songwriter and multi-instrumentalist Angelique Francis has ‘it,’ and she’s letting it flow for the immense pleasure of listeners everywhere with the release of her highly anticipated second album, Long River.

Check it out “Storms From My Eyes” on YouTube here:

Featuring the release’s first single, “Storms From My Eyes, the stunning slow-burner of a song sets a languid, classic blues heartbreak start to the engrossing voyage down the Ottawa-based artist’s new 14-track collection.

Blues traditions are at the heart of all of the songs, but there are also intriguing genre bends towards Soul, Folk, Jazz, Gospel, and Rock along the way. Francis’ versatile, soulful, and evocative vocals anchor the trip, conjuring up reminiscences of Big Mama Thornton, Koko Taylor, Aretha, Bessie Smith, and more. And it's the mixture of genres and influences running through Long River — and the sense of everything and everyone being connected — that anchor the key concept Francis wanted to convey with her new album.

“Despite our differences, and the vast variations in our personal histories, we are all floating down this river together,” notes Francis. “We are all connected in this way. We have all shared the same beginning, and we will all share the same end.”

Sharing that the title track of the album was written about the River of Life, for Francis, the universal connection and journey of all humanity is the thread that binds this project together.

“This analogy is the focal point on which this album of completely original songs is based,” she says. “A multitude of stories, experiences, and emotions of joy, pain, triumph, anger, love, embarrassment, and humour are reflected throughout.”

From the pure heartache of “Storms From My Eyes”, to the righteous anger of “Who is Caroline”, to the joy and devotion of “I’ve Never” and the revival celebration of “Soul Train Life”, Long River rolls over an exciting variety of musical territory. As Francis plainly and proudly puts in the album’s description, Long River is “a studio album recorded with live instruments” — and she plays several of them herself.

The fact that music is an all in the family thing for Angelique Francis is not surprising as she was immersed in it from childhood — first taking the stage at age 7 and then, making her national TV debut on the Oprah Network at age 13 for writing and composing a theme song for “The Gayle King Show”. By age 14, Francis had already become a proficient acoustic guitar, upright bass, electric guitar, and electric bass player, and was performing at a multitude of festivals. In 2018, she released her first album of original music, Kissed By The Blues.

Francis’ impressive list of credits and growing caché in the Canadian music industry has led her to be invited to host the upcoming 2022 Maple Blues Awards to be held both live and virtually from Toronto’s Koerner Hall on Monday, June 20.

With her diverse experience and influences, it’s no wonder that Francis prefers to keep her creative focus open and inclusive.

“Much like life, Blues music is also a river. Blues is at the root of all modern North American forms of music, and its influence has flowed into the creation of many genres we know and love today.

With a new album that sets a high-water mark buoying her along, Angelique Francis is ready to storm international stages again in 2022 with appearances already scheduled in Europe later this spring with more to come.