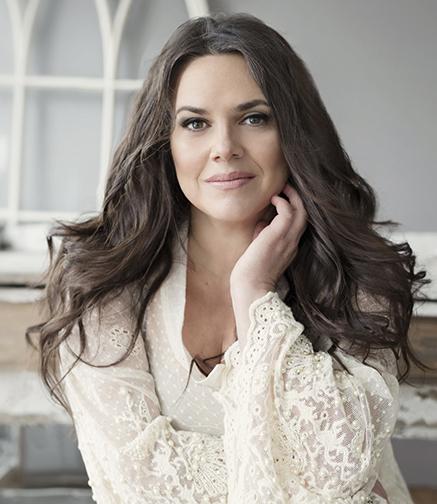 There are lots of songs about Santa, but very few pay adequate tribute to just what a diligent, hardworkin’ guy he is. Multi-award nominated Canadian country crooner Lisa Richard is on a merry mission to do just that with the release of her fun, energetic new single, “Jolly Ol’ Saint Nick” — available now.

“I wanted to create a song that felt like a down-home country Christmas singalong, and have people feel like a kid again,” Richard says. “Something to put a smile on your face, tap your toes, and share with family and friends.”

The song starts out with the scratchy rotation of an old record, followed by Christmas bells, and then the guitar and the banjo chime in. That’s when we immediately figure out that Lisa Richard and her band are about to give us a proper country Christmas song. The pace picks up, and that’s when you realize it’s the kind that makes you want to grab your family and friends for a little line dance across the living room. You might even want to shout the lyrics along with the chorus.

Jolly Ol’ Saint Nick
He worked every day of his life
He loves what he does
For all the boys and the girls
Well, it doesn’t matter if you believe or not
He knows the spirit of Christmas
It can’t be stopped

Producer Warren Robert added all the (literal) bells and whistles to give the song its old-time country feel, including the sound of the record spinning at the beginning. “It gave it a very nostalgic feel,” Richard muses. “And don’t miss the sound of Jolly Ol’ Saint Nick laughing at the end of the song as well!”

Nominated for Country Artist of the Year at the 2018 Music Nova Scotia Awards, and selected for the Songbird Super Series Showcase at the 2019 East Coast Music Awards, and the 2019 WSM Grand Ole Opry Radio Songbird Jubilee in Nashville, Richard has notched a considerable resume of industry recognition.

Hailing from New Brunswick, Canada, she brings together the sounds of rock, blues and country, and is often compared to the likes of Cher, Wynonna Judd and Tracy Chapman. Her cover of Dolly Parton’s “Jolene,” which was performed in Nashville alongside Vince Gill and The Time Jumpers, has reached more than 130,000 people online. Tangled Up has garnered numerous industry nominations including Southern Rock Song of the Year, Female Artist of the Year, Outlaw Country Song of the Year, and Video of the Year (2017 and 2018 Josie Music Awards).