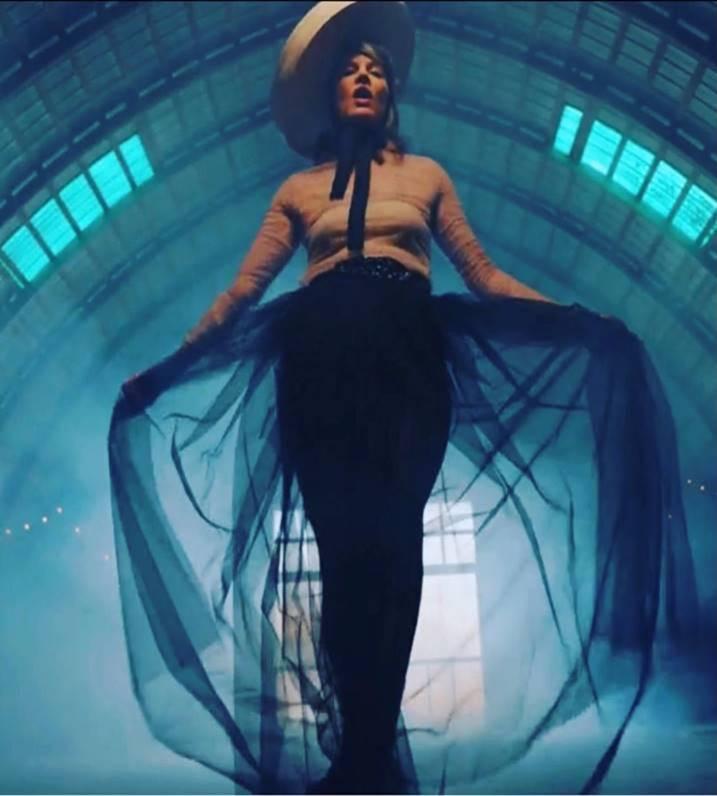 Toronto chanteuse, songwriter, performer and Zoomer radio host Lily Frost has earned her place in Canada’s music scene elite. With 14 critically acclaimed albums to date, her latest Retro-Moderne is an aptly named album that lovingly captures the best sounds of the '60s and '70s while updating them through Frost's unique perspective. The new video produced by Frost, for her single "Rock Me Baby" from that album, will be released on Friday, December 3, 2021.

“Rock Me Baby” is a long distance love song Lily co-wrote with Jesse Singer and Chris Soper during the tracking of her 2019 LP, Retro-Moderne. It might be the only song with that title that doesn't actually "rock." Instead, it finds Frost cooing sweet nothings into her lover's ear with a gentle sigh, breathy vocals. "I had a rough voice memo of the chorus which I played for them.

Out of the tons of voice memos we went through, that one stood out for them both immediately,” says Frost. Excitedly, we worked together on the verses and bridge all afternoon." Gus Van Go (Whitehorse, The Arkells) produced the song with a Twin Peaks-style baritone guitar, lending it a dreamy, vintage sound.

Paul Watson who directed and edited the video, plays with this ethereal aesthetic, creating lush and enigmatic scenes. Centered in the video is Frost’s character, exquisitely styled by Kealan Sullivan, balancing male and female energies, employing axe wielding and pipe smoking, as well as glamorous sun-drenched Terrence Malick-esque shots. The artistic reverie montages were filmed on the rugged Wolfe Island by Steve Cross and Ed Hannaford. The log cabin is owned by J Joly, who played the moustached man wrapped in muslin at the end. The video culminates in a mysterious ending that makes the viewer wonder what kind of relationship this actually was.