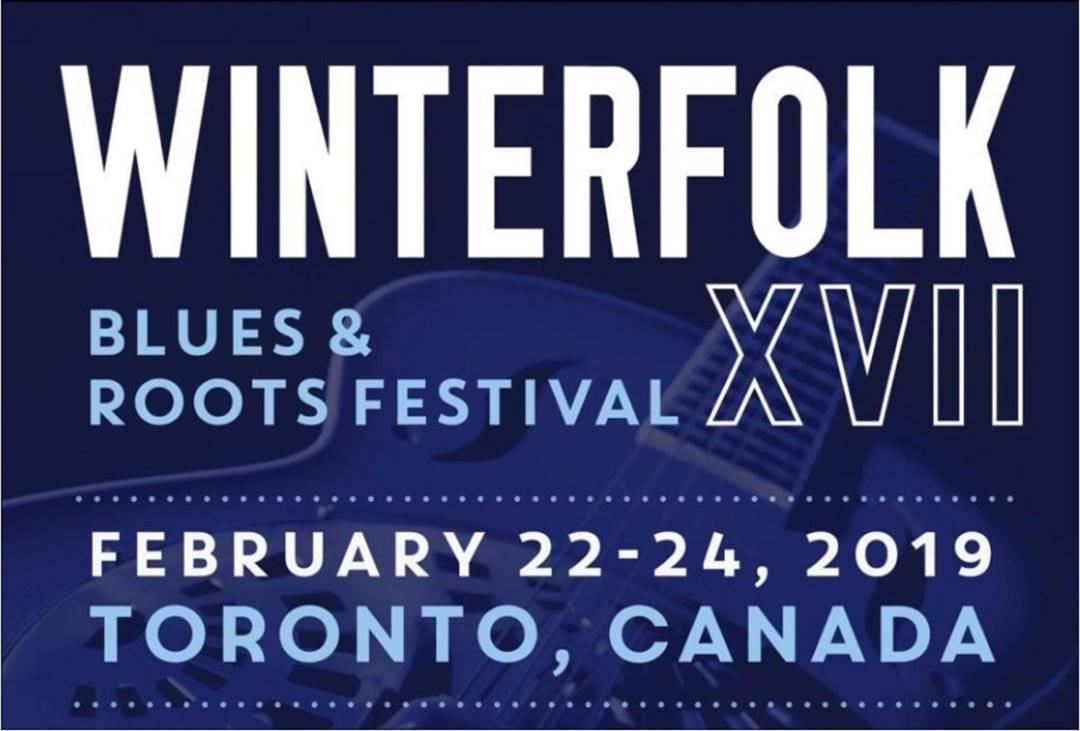 The 17th Annual Winterfolk Blues and Roots Festival, taking place in Toronto February 22-24, 2019, is set to present the best of urban, blues, rock, jazz, country, folk and roots music, and will feature returning favourite artists as well as fresh new talent. It’s an all-ages, mid-winter, weatherproof event that emulates a multi-stage rural summer festival. More than 100 artists will be performing at three venues and five stages over a three-day weekend.

There'll be a couple of CD release concerts at the fest this year too. DAVID STOREY AND THE SIDE ROAD SCHOLARS is excited to announce the release of the new album Made in Canada, which continues the pattern established on Storey’s two previous releases, of wry wit and penetrating insights about life’s challenges, characters and passions. Award-winning songwriter and brilliant guitarist D’ARCY WICKHAM looks forward to the release of his third album Signal Hill which is an all instrumental venture and really showcases his prowess at composition and performance.

The festival will also include special community stages and various themed musical workshops with something for everyone to enjoy. Winterfolk is a combination of general admission wristbands and separate ticketed concert stages on the Danforth and is the ideal event for music-lovers seeking new and exciting things to do in Toronto.

Shows are at various venues on the Danforth, Toronto

MORE ABOUT WINTERFOLK - Winterfolk was formed to entertain, educate, enlighten, engage and encourage the community about various folk music styles including roots, blues, folk and more. Founded by Festival Director Brian Gladstone, it is run as a division of The Association of Artists for a Better World, a registered non-profit organization in the Province of Ontario, Canada. www.abetterworld.ca