Skip to main content
Jurgen Peter of The Haunted Passed Away 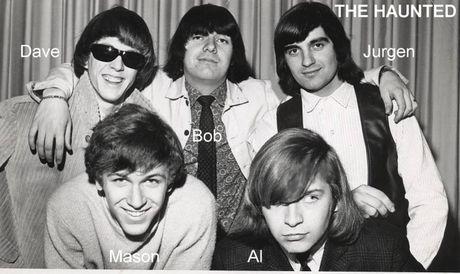 Co-founder and guitarist of one of Canada’s original garage bands The Haunted from the 1960’s has passed away in British Columbia. Details are not available at the time of publishing.

The Haunted were a Canadian garage rock band from Montreal , Quebec. The band was formed by Jurgen Peter (guitar) in 1965, and went on to release several records before finally disbanding in 1971. They were among the first Canadian bands to achieve a level of success in their musical genre.

The band's first big break came after winning a Battle Of The Bands at the Montreal Forum in 1965, beating such competitors as David Clayton-Thomas and the Shays. The first prize was studio time, bankrolled by Quality Records, that they used to record the two songs on their first single , "1-2-5", with "Eight O'Clock This Morning" as the B-side . The execs at Quality Records were enthusiastic about "1-2-5" but objected to the original lyrics, so a "clean" version with different lyrics was also recorded. The single (with the alternate "clean" lyrics) was released on Quality in early 1966. The first pressing of this record had the band name misprinted as "The Hunted." Ironically, the later pressings with the band's name correctly spelled, are now more difficult to locate.

The single achieved substantial local success, then broke nationally, making the Canadian version of the national charts (RPM Weekly Magazine.) The song gained enough attention in the US to attract a US release of the single on the Amy record label , who released the original "uncensored" version. Several more singles, as well as a self-titled album over the next two years, served to increase their popularity. Their final single, "Vapeur Mauve" is a French language version of Jimi Hendrix 's " Purple Haze ".

The band grew to be one of the most in demand bands in Canada for the balance of the 1960s and into the early 1970s.

Bob Burgess commented on his Facebook page: “ I am thinking (today) of my friend Jurgen Peter. He and I started THE HAUNTED together many years ago. He was a kind man, he was a funny man with a fantastic grasp of the absurd, he made plans and generally followed them. He could be spontaneous and at other times very disciplined. Mostly,I will remember him for being a friend. R.I.P. Sleep peacefully.”