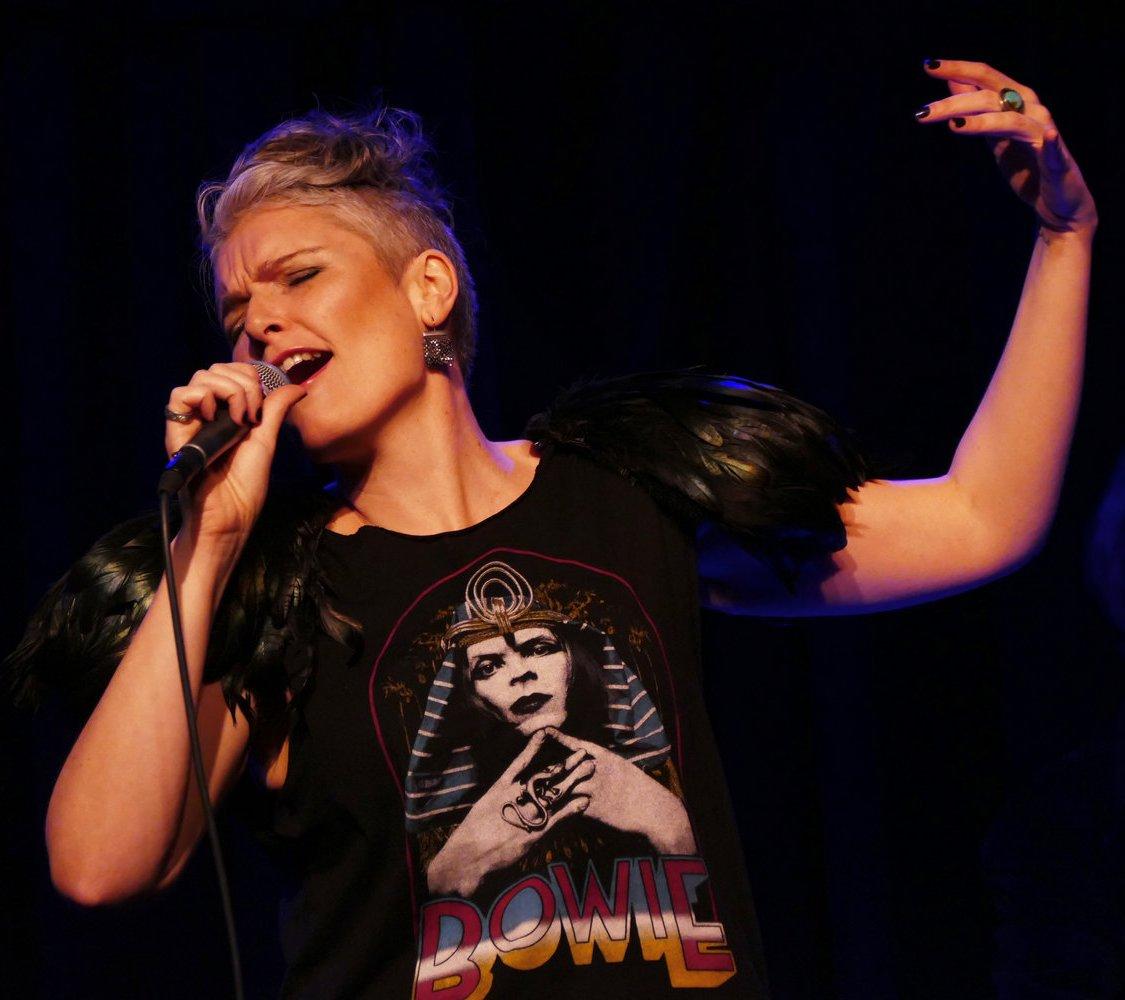 Ali Hughes, Austrailian songstress, has made her way to Canada to present her acclaimed show Leonard Cohen Koans, a tribute to one of the world’s most celebrated and revered songwriters, Leonard Cohen.

Musically directed by award winning composer Daryl Wallis, backed by masterful jazz musicians, this electrifying, vigorous 90min narrative concert is Cohen like you've never heard before. It is an inspiring celebration of the spirit, music and poetry of one of the greatest songwriters of the modern age. Part-concert and part-homage, these exciting and original interpretations explore Cohen’s music through jazz, gospel and rock genres, cracking wide open the incredible musicality in his work.

Intertwined with excerpts of poetry and prose, and delivered through the lens of his Zen Buddhist spirituality LEONARD COHEN KOANS weaves a new pathway into your experience of this glorious Poet of the Holy Sinners. Accompanied by masterful Toronto pianist Adrean Farrugia, this electrifying, vigorous 90 minute narrative concert is Cohen like you’ve never heard before. 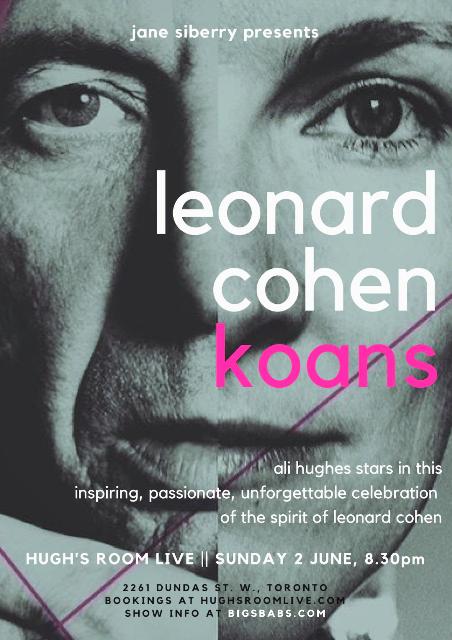 Inspiring, passionate, intimate and sincere, Leonard Cohen Koans gives you another chance to savour the creative spirit with which he so exquisitely courted the world. When asked about the genesis of the project Hughes responded, “Actually, this show was built for a project-based unit of university study. A theatre director friend of mine had suggested I do an interpretation of Suzanne. I sat on it for a long time… waiting for the way in. In January 2010, I did a creative intensive as part of some further theatre training at university. It was a super intense, incredibly challenging course, held in a remote area, led by a small older woman who had the energy of a dragon and the presence of a Zen master. Every day pushed the students closer to breaking through our self imposed artistic limitations, and every evening ended in an exhilarated exhaustion and deep sleep.”

“One night when I was super exhausted and almost asleep, I started hearing beautiful chords in my mind and realized they were the way into an arrangement of Suzanne! I made notes, called Daryl straight away and we started working on the arrangement as soon as I returned to Sydney. We played the arrangement at a show the following week and I knew something else was coming.I had the opportunity to do another unit of study with that same teacher. I made the proposal to create a show using only the words and works of one artist (none of my own personal patter, so to speak) and started devouring Cohen’s work. Researching his Zen Buddhist spiritual practice offered an entirely new way for us toconceptualizecelebrating his work. The result is a unique experience of Cohen’s work which is accessible to Cohen devotees and newcomers, practitioners and non-practitioners of meditation, and people who just want to hear some really great music.”

Ali worked for years as a background singer for Canadian icon Jane Siberry and Siberry thought it important for Canada to hear and see this homage to Cohen that she is presenting the show at Hugh’s Room Line” she is a close friend and such a huge supporter of this show; she saw an opportunity for us to work together in Toronto and she made it happen.”

Jane Siberry will open the show, followed by a full performance of “Leonard Cohen Koans”, and a post-show Q&A by Jane.