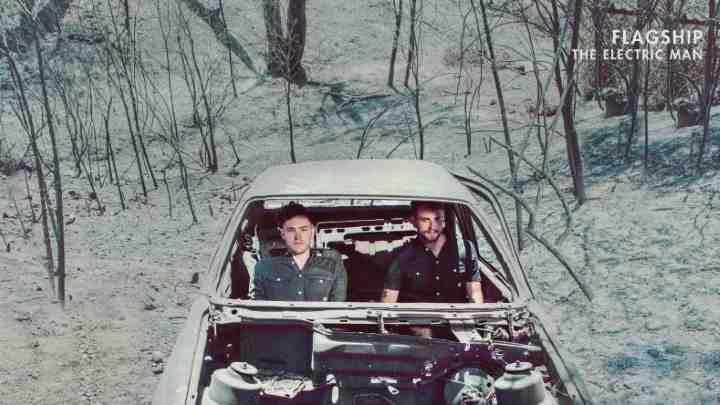 North Carolina duo Flagship has announced the release of their album The Electric Man via Bright Antenna Records.

Of the album the band explains "The Electric Man is a very special record for us. We really put pieces of ourselves into every single track and there isn't a single track that suffers from a lack of energy or heart. We truly feel that this is our best music to date and stand behind this record as an audible representation of our growth and hard work up to this point."

The new album, The Electric Man was produced by Joey Waronker, known for his work as the drummer for Beck, REM, Brandon Flowers, Atoms for Peace, Walt Mink, and many others.

The band released their debut EP, blackbush, on Bright Antenna in 2012 followed by a self titled full-length in 2013, which was produced by Ben Allen (Animal Collective, Washed Out)."Life Underwater"from Flagship reached No. 17 on Sirius XM Alt Nation and the Love Thy Brother remix of the song hit No. 10 on Hype Machine Remix and No. 30 on HypeMachine. "Life Underwater" has also garnered nearly 2 million plays on Spotify and 200,000+ views on YouTube.