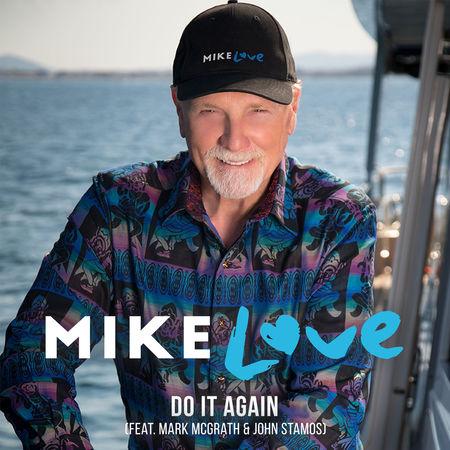 Legendary Rock and Roll Hall of Fame Inductee, Grammy Winner, New York Times Best-Selling Author, and Co-Founder of The Beach Boys, Mom e Love, is set to release a new studio version of the 1968 Beach Boys classic, "Do It Again," featuring the vocals of Mark McGrath of rock band Sugar Ray and honorary Beach Boy John Stamos on drums. "Do it Again" is streaming and available for download worldwide beginning today, July 4th on iTunes, Apple Music, Spotify, Amazon, and more. To listen to the song, click here: http://smarturl.it/MikeLove-DoItAgain.

The single is set for release via BMG as The Beach Boys headline a special Fourth of July concert on the West Lawn of U.S. Capitol in Washington D.C. McGrath and Stamos will join the concert which will be broadcast on PBS as part of the annual "A Capitol Fourth" special also featuring The Blues Brothers, The Four Tops and Sam Moore.

"Do It Again has been a staple of our live shows since 1969- it evokes memories of past summers while looking forward to new beginnings. I think we capture that feeling in this recording with the multi-talented Mark McGrath, and our honorary Beach Boy, John Stamos," said Love.