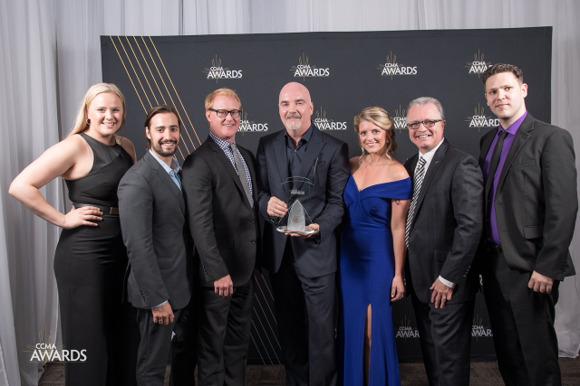 On September 10, ole, the world's fastest-growing independent music publishing and rights management company, is pleased to announce that it has been named ‘Music Publishing Company of the Year’ for an unprecedented twelfth consecutive time at the 2018 Canadian Country Music Association (CCMA) Gala Dinner & Awards held Saturday Night in Hamilton, Ontario

“ole is proud of the accomplishments of our Staff, Songwriters and Artists, and thanks the CCMA community for their support,” commented Robert Ott, ole’s CEO.

The weekend’s wins were just the next chapter in a triumphant year that has already seen ole have 143 “cuts” recorded, of which 32 have charted, including two #1 singles, Brett Young’s “Like I Loved You” and “Singles You Up” by Jordan Davis.