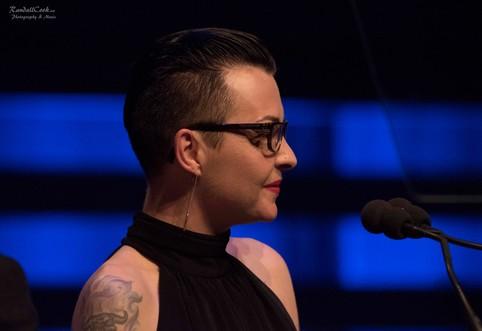 Sarah French, a long-time supporter of Canadian blues & roots artists is pleased to announce that she will be awarded the Keeping the Blues Alive Award from Memphis-based, world-renowned Blues Foundation in January 2019. French is the 13th Canadian recipient of the KBA since the award’s inception in 1981.

French, 40, started her boutique publicity agency, Sarah French Publicity as a part-time venture a decade ago with one client, a handful of contacts and the support of her mentor, Richard Flohil. Since then she has grown the company to become one of the busiest blues & roots publicity agencies in Canada. “I am honoured and extremely grateful to The Blues Foundation and all involved for this award,” she says. “I am also eternally thankful to Richard Flohil, Derek Andrews, Holger Petersen, The Toronto Blues Society, my friends & family, and the scores of musicians and record labels who have supported me and given me the opportunity to do what I love for a living.”

From The Blues Foundation:

Sarah French is the leading blues publicist in Canada. Her hard work, dedication, and experience in the music industry have earned her a reputation as the go-to publicist for Canadian musicians. In addition to an extensive current client roster of some of the best in Canadian blues and roots music, French has worked with 2010 KBA recipient Richard Flohil, Stony Plain Records, & late musician Jeff Healey. She represents several Juno Award and Maple Blues Award winners and nominees. For the past nine years, French has been responsible for the publicity for Canada's national blues awards gala, the Maple Blues Awards, held each year in Toronto. She is also an active member of the Toronto Blues Society's board of directors. A goal of French's is to let the world know that Canadians have their own blues, and there are many blues music fans and musicians in the country who support and promote the music. Another goal is to help younger music fans discover blues music and how the blues has influenced today's popular music. In late 2018, Sarah French Publicity will be relocating to Hamilton, Ontario.