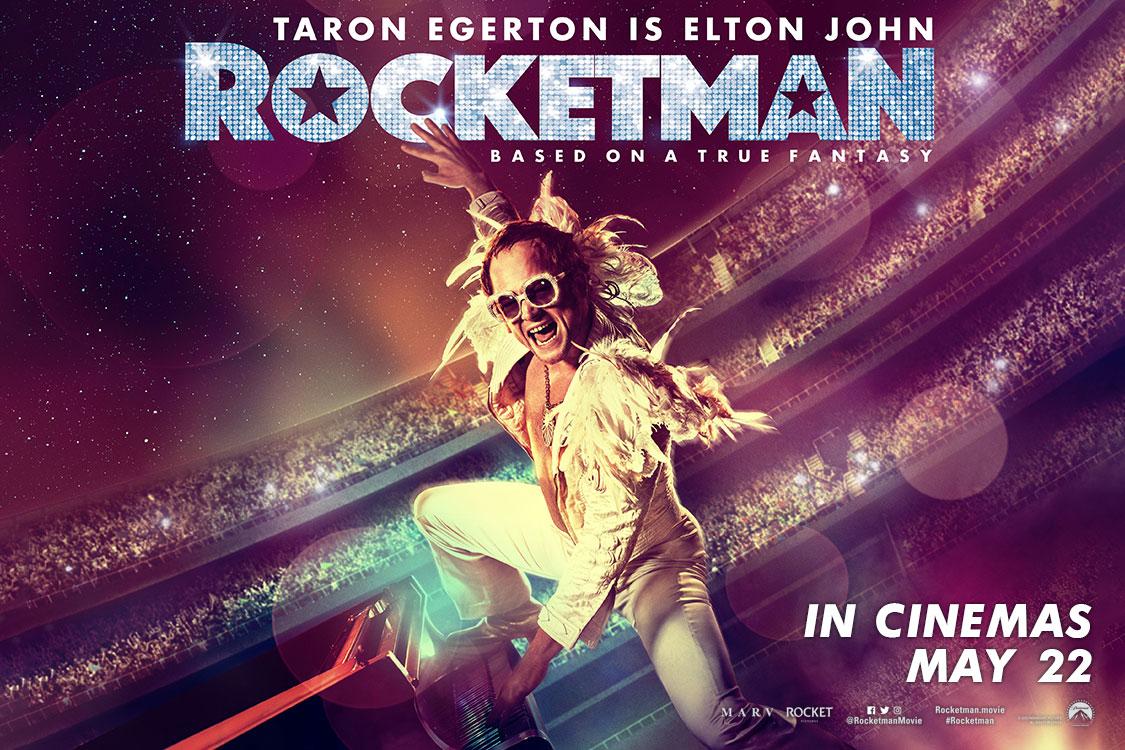 Rocketman is an upcoming biographical drama film based on the life of musician Elton John. Directed by Dexter Fletcher and written by Lee Hall, it stars Taron Egerton as John, with Jamie Bell, Richard Madden, and Bryce Dallas Howard. The film follows John's early days as a prodigy at the Royal Academy of Music up to his eventual musical partnership with Bernie Taupin. The film is titled after John's 1972 song "Rocket Man".

An Elton John biopic was announced in January 2012, and went through several directors and actors while initially in development at Focus Features including Michael Gracey, Tom Hardy and Justin Timberlake. After creative disputes with Focus, John took the project to Paramount Pictures, with Egerton being ultimately cast as John and Fletcher signing on as director in April 2018. Principal photography began in August 2018.

Rocketman is set to premiere at the Cannes Film Festival on 16 May 2019, and scheduled to be released in the United Kingdom on 22 May 2019 and the United States on 31 May 2019, by Paramount Pictures.

The movie tells the story of Elton John’s life, from his years as a prodigy at the Royal Academy of Music through his influential and enduring musical partnership with Bernie Taupin, as well as struggles with depression, substance abuse and acceptance of his sexual orientation.

It was announced in January 2012 that Elton John was developing a biopic about himself, and had named Justin Timberlake as his top choice to play him in the film. Lee Hall was set to pen the screenplay. In March 2013, Michael Gracey was hired to direct, with Tom Hardy cast in October to play John and Focus Features acquiring the U.S. distribution rights. Filming was initially planned to start in Autumn 2014. However, creative differences between John and his husband David Furnish, who produced the film, and Focus along with budget issues caused the duo to take the project elsewhere.

No further development on the film was announced until July 2017, when it was announced Hardy was no longer involved with the project, and Taron Egerton entered negotiations to replace him. While editing Kingsman: The Golden Circle, Matthew Vaughn learned about the project and took interest in producing the film on the condition that Egerton played John. Vaughnn then picked Dexter Fletcher, who had replaced Bryan Singer during the production of the Queenbiopic Bohemian Rhapsody, to direct the film after Gracey was busy with The Greatest Showman. The producers then filmed a sequence of Egerton as John performing two of John's songs and presented it to Jim Gianopulos, who have worked with Vaughn on the Kingsman franchise at 20th Century Fox and was now the CEO of Paramount Pictures. Paramount agreed to finance the film in exchange for worldwide distribution rights. It was reported that Egerton would sing the songs in the film himself produced by Giles Martin who was by then brought on as music director for the project.[7] In an interview at CinemaCon, Egerton stated the film would be more of a fantasy-musical as opposed to a straightforward biopic.

In April 2018, Taron Egerton was officially cast to play the musician in the film. Egerton had previously appeared with John in the 2017 film Kingsman: The Golden Circle, and Egerton, as Johnny the Gorilla, sang John's song "I'm Still Standing" in the animated film Sing. In June, the role of Bernie Taupin was given to Jamie Bell. In July, Richard Madden entered negotiations to play John Reid, and Bryce Dallas Howard was cast to play John's mother. Gemma Jones was announced as being cast in the film in October.

Production commenced on 2 August 2018. Also in October 2018, it was announced the film was shooting in London Filming commenced at Bray Film Studios near Maidenhead, Berkshire.

An official soundtrack album Rocketman (Music From The Motion Picture) will be released by Virgin EMI (UK) and Interscope Records (US) on CD and digital formats on 24 May 2019. The album contains 22-tracks of several hits performed by the cast of the film and a newly written track “(I'm Gonna) Love Me Again“ featuring Egerton and John.