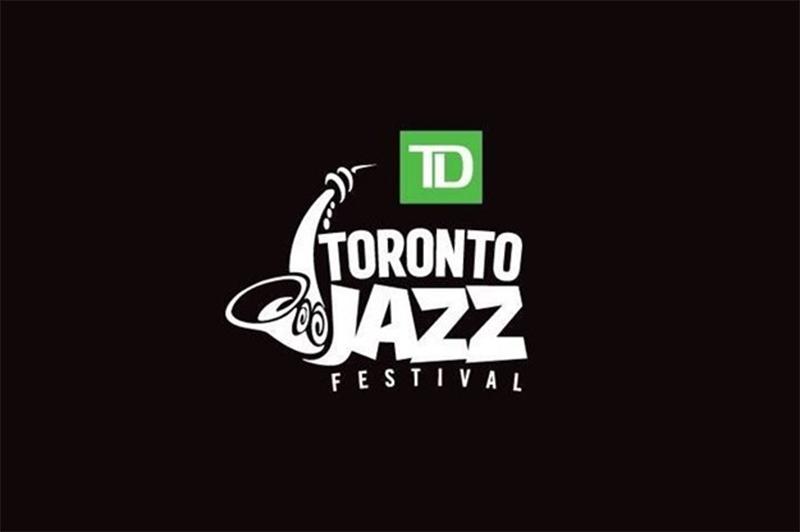 Film star and The Blues Brothers co-founder Dan Aykroyd, Late Night with David Letterman band leader Paul Shaffer, blues-rock great David Wilcox, Louisiana bluesman Kenny Neal and Downchild alumni Gene Taylor, will be among the special guests who will take the TD Mainstage on Bloor St. on Saturday, June 22 to celebrate the 50th Anniversary of the renowned Downchild Blues Band. The performance will headlines the TD Toronto Jazz Festival's FREE opening weekend celebrations as Bloor Street closes down for two days of non-stop music that also includes Queen of Gospel Shirley Caesar and Canada's own Shad (in partnership with CBC Music) among others. The weekend performances are among 175 FREE concerts featured during the Festival's ten-day run, June 21-30, 2019.

"Our approach to this year's event was to turn Yorkville into the musical heartbeat of the city by bringing all the vibrancy, culture and passion the jazz community has to offer," said Howard Kerbel, CEO TD Toronto Jazz Festival. "We have curated a lineup that offers music lovers a chance to fully immerse themselves in everything from once-in-a-lifetime performances by iconic artists to discovering acts who are from halfway around the world, to learning about musicians they never knew were Toronto. The celebration will be palpable."

Opening weekend kicks off Friday, June 21 on Cumberland Street, which will be closed the entire duration of the Festival as we pay tribute to New Orleans along with a vibrant Mardi Gras Carnival themed edition of the Royal Ontario Museum's Friday Night Live. Bring the family as Cirque du Soleil provides entertainment with hula hoop workshops and other child-friendly programming. On Sunday, June 23, the Festival goes to church with Toronto Mass Choir opening the Festival's first ever Gospel Sunday as 12-time GRAMMY Award-winner Pastor Shirley Caesar headlines the TD Mainstage on Bloor St. The Festival changes gears in the evening with emcee Shad, host of the Netflix series Hip-Hop Evolution, curating an evening showcase highlighting rising talent that merges jazz and hip-hop. The showcase lineup includes Oddisee & Good Cmpny, Elaquent and more, with Shad closing out the night.

New this year, the TD Toronto Jazz Festival expands its footprint in Yorkville closing Cumberland Street for the entire 10 days of the Festival to make way for free performances. Headlining the New Orleans themed evening at the TD Mainstage on Cumberland St. is the Hot 8 Brass Band. Acts throughout the week will include everyone from local fan favourites the Heavyweights Brass Band, OKAN and Larnell Lewis to outstanding out-of-town guests like Delvon Lamarr, Melissa Aldana and Nubya Garcia. Festival-goers can also take part in visiting daily interactive activations and roaming bands. Hazelton Avenue will also be part of the action from Monday, June 24 to Sunday, June 30 with performances by 20 bands from across Canada, the UK and Italy.

Collaborations
In partnership with CBC Music, the JUNOS 365 stage will celebrate Canadian musicians this summer as the Festival spotlights the very best in jazz. JUNO Award winners and nominees Mark Kelso and the Jazz Exiles, the Dave Young Trio, Alexis Baro Quartet, Carn Davidson 5 and Hilario Duran Trio will perform at the Gatsby bar in the Windsor Arms Hotel from June 21 to June 25, 10pm nightly. CBC Music is also a co-programming partner for opening weekend festivities on Sunday, June 23 as gospel, jazz and hip-hop come together on Bloor Street.

Bring the family for a taste of jazz and cirque! On opening weekend Cirque du Soleil provides entertainment with hula hoop workshops and other child friendly programming, while Lorie Wolf, an accomplished music educator, makes jazz for all ages. Family-friendly performances, hands-on-activities, instrument petting zoos and more from 11am - 5pm.

Emerging Talent
As part of the Festival's ongoing commitment to emerging artists, it has expanded its mandate to provide more performance opportunities and elevate the profiles of young musicians. This year, the Festival highlights nine rising musicians from across Canada and the United States who exhibit outstanding musical and live performance ability that reflect the Festival's programming philosophy. Co-selected by TD Toronto Jazz Festival's Artistic Director, Josh Grossman, and the New Deal's Dan Kurtz, the nine emerging artists include: Milla Thyme, Joel Visentin's Boogaloo Squad, Humber Youth Jazz Combo, Clear Mortifee, Joseph of Mercury, LOONY, Saajtak, Dominique Fils-Aimé, Sydanie and Kelson Fredricks with the Dirty B Sides. Discover these new artists as they perform daily at 5:30pm on the TD Mainstage on Cumberland St.

The Festival keeps the music going into the night throughout Bloor-Yorkville. Swing by the InterContinental Toronto Yorkville Hotel to hear lively jam sessions with surprise guests or stop in at Sassafraz, located in the heart of historic Yorkville for high-energy jazz, ranging from barrel house blues to New Orleans style funk. Additionally, the Gatsbyat the Windsor Arms Hotel and Hemingway's will also feature late-night programming.

Visit www.torontojazz.com to see the complete list of free performances, including opening weekend celebrations on Bloor Street, and the schedule of events on the OLG Stage on Hazelton Ave. and the TD Mainstage on Cumberland St.

ABOUT TD TORONTO JAZZ FESTIVAL
Now in its 33rd year as one of the premiere jazz festivals in North America, the TD Toronto Jazz Festival runs this summer from June 21 - June 30, 2019. From concert halls to the streets of Yorkville, explore all that the Festival has to offer for 10 jazz-packed days as we showcase the very best in jazz from Toronto, across the country and around the world!