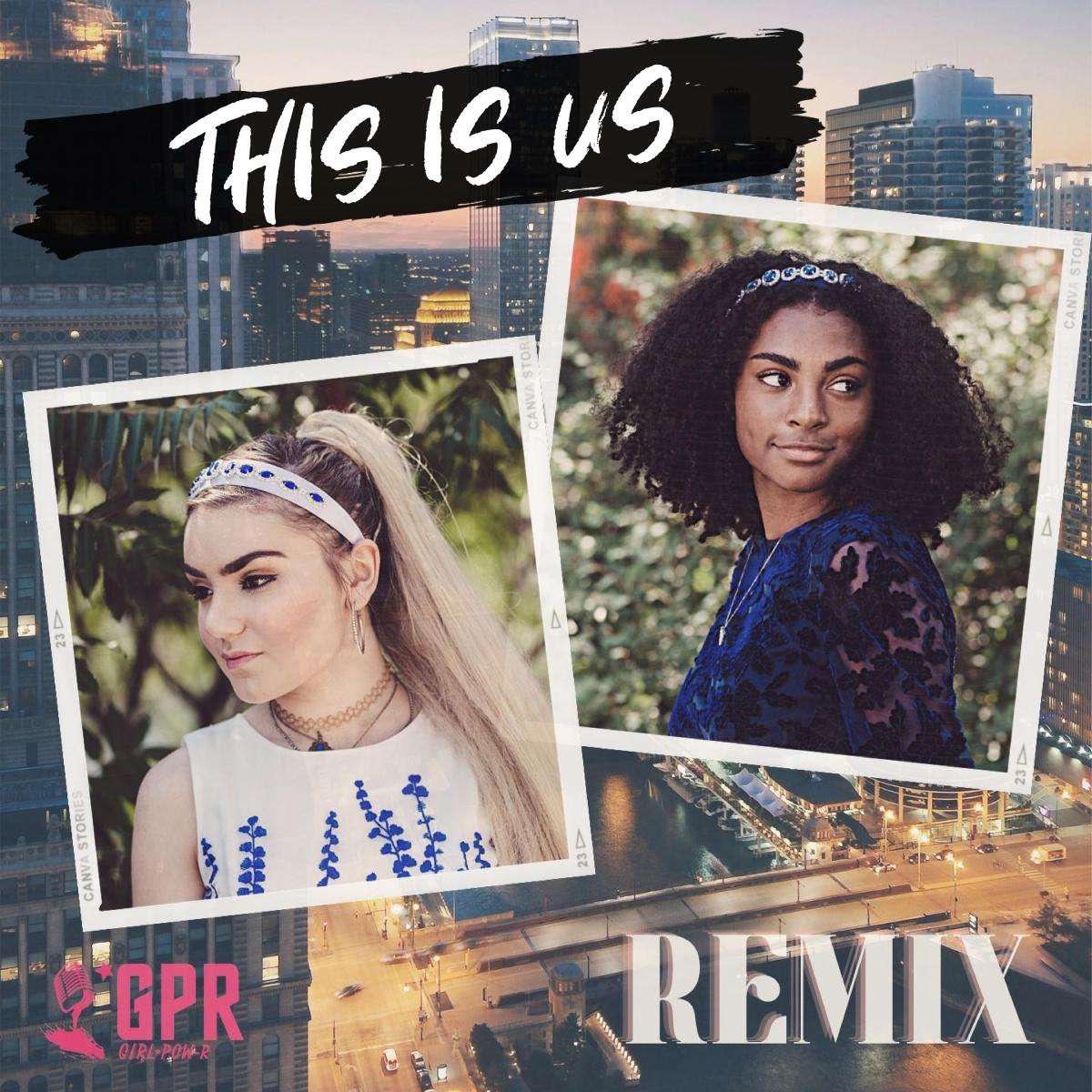 Volumes up and dance floors cleared: JUNO Award-nominated and chart-topping Markham/Richmond Hill/Hamilton, ON’s all-girl starlets Girl Pow-R soar with supercharged new remix of their hit single, “This Is Us”.

Watch and listen on YouTube to “This is Us” here:

The pop vets pumping out of your speakers are none other than a vibrant group of talented teens boasting a variety of ages, a diverse host of backgrounds, and storied life experiences — and therein lies their strength. These multi-talented dynamos ranging in age from 11 to 17 are a freight train of feel good, do good, be good vibes, setting a precedent for the fans who look up to them in every way.

Now their smash album This Is Us is back with a fresh take, and an even fresher electronica sound! This Is Us (Remix & Remix Instrumentals) features six songs — including its titular track, “This Is Us,” plus fan-favourites like “Never Let Go,” “Fun All Day,” and more — all reimagined into an exciting new pop production and instrumental versions.

“We love the energy the songs provide to us and our fans, and how these songs give everyone a way to get up and celebrate life!” Girl Pow-R says. “We also enjoyed mixing things up a bit by creating new vocal recordings with new solo opportunities and small groups within Girl Pow-R, such as GPR, The Squad, and The Club — each focusing on two songs in the Remix album.

“The universal things that join us together are dynamic skill sets, and a shared mission of empowerment for young women in the world today,” the group — featuring Carina Bianchini (Markham), Cindy Kofman (Richmond Hill), Emma Bown (Hamilton), and Aashika Reddy (Markham) — adds.

Lyrics like “passionate for some change,” “take our message, shout it out,” and “we won’t be pushed around, we are strong, we are proud” underscore how this all-girl supergroup continues to make their core mission banding together, and inspiring others around them with songs that carry optimistic, positive, upbeat, and inspiring messages of self-confidence and conviction.

Not simply vocalists, Girl Pow-R are a trifecta of talent including performing as a band with instruments, and dancing. Their ability to relate to their audience through both their songs, and their visuals gives way to legions of fans who eagerly linger on every word.

And it isn’t simply their listeners who are looking up and taking notice; Girl Pow-R are recognized for their work in their home country and around the world. In 2020, Girl Pow-R has had a number of headliner performances at a variety of important festivals, and they have been turning up on Canadian outlets including Breakfast Television, eTalk Canada, CP24, Sirius XM, and in Tiger Beat, as well as a host of other high-profile media platforms.

Most recently, the group scored a major victory in claiming a nod at the coveted JUNO Awards in 2020 for Children’s Album of the Year. This Is Us debuted at #2 on iTunes Canada streaming charts, only mere spins behind the cultural phenomenon of Baby Shark. This recognition renders Girl Pow-R the youngest outfit to receive a nomination for their debut album.

And, in the last month, the group has had a phenomenal response in the US radio market, rising to #49 on the Mediabase Top 40 radio chart, just above Alessia Cara’s song “Sweet Dream” which ranked at #53 in the same week.

As Girl Pow-R continues their journey, they continue to change, reinvent themselves and reimagine their place in the music world. Their songs reflect their dedication to evolution in their sound, while remaining pure in their mission to raise up others and spread positivity — all directly reflected in their album This Is Us, and its Remix & Remix Instrumentals release.

“To help inspire some positive vibes after this difficult time of the pandemic, we decided to create some remixes of our songs that are dance tunes, with strong influences from trap and high hats,” they say. “We’re excited to share this new album of both the six remix original songs, and the six instrumental versions of the remix songs!”

“This Is Us (Melshi Remix)” and This Is Us (Remix & Remix Instrumentals) are another exciting chapter in the lives and careers of Girl Pow-R, as they seek to solidify their place in Canada’s ever-growing culture of popular music that is written, produced, and performed by talented musicians who aren’t afraid to take chances, look forward, and give the world something to both believe in and dance to.