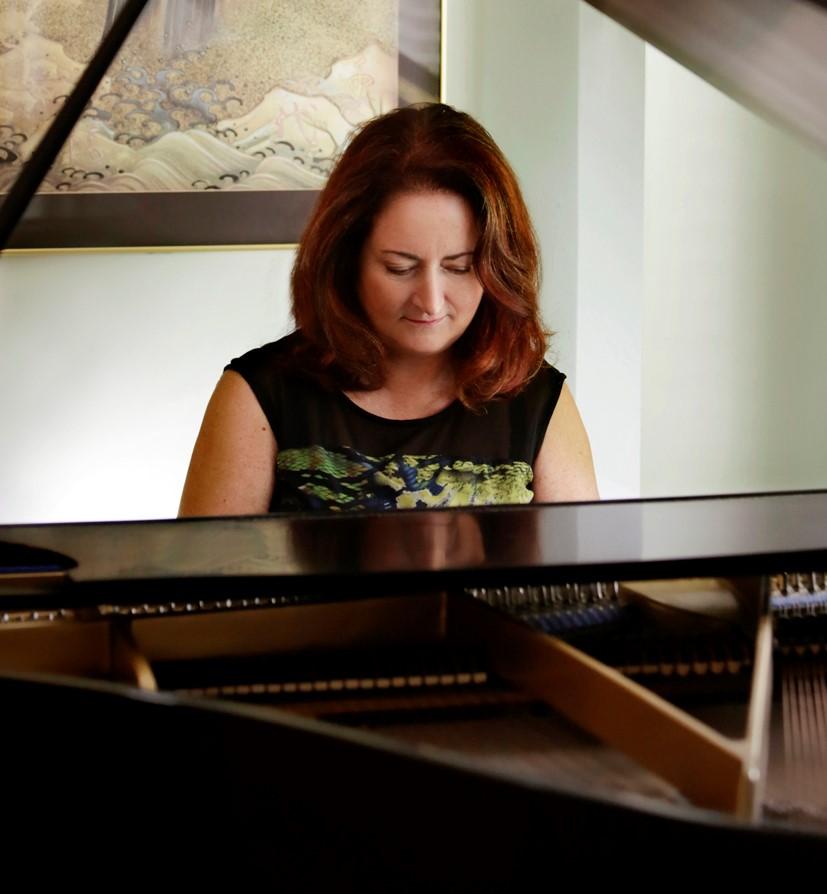 Innovative and prolific composer Huguette Lavigne is throwing back and taking you along for a jazzed-up, improvisational ride to “Piano Retro”.

She then sets the throwback scene featuring an old-time jazz club player that she imagines performing the song. “Some guy sits down in a smoky room at a large black grand and plays around with jazzy swirls, runs and melodic twists,” Lavigne describes. “He doesn’t take it too seriously, and it all ends with his notes slipping down a long glissando and the bubbles on his brain disappear.”

With the song’s sly, intriguing flourishes, and free flowing form, one can imagine Lavigne’s own whimsical smile as she allowed her muse to guide her fingers in the creation of this piece. Following her fingers and colouring outside the lines is how Lavigne has composed all of her 40-plus pieces over five albums, all released in the last five years.

“There is something about breaking the rules that can be terribly satisfying,” she notes. “My fingers sometimes go where they want to on the keyboard and at times I sort of have to take them back home or rein them in.”

That’s also exactly where the video for “Piano Retro” focuses as well with Lavigne’s fingers dancing on the keys and musical notes swirling in tandem. The video is now available on Lavigne’s YouTube channel.

Along with the improvisational jazz leanings of “Piano Retro,” all of Lavigne’s songs on Five O’Clock Somewhere are diverse in tone and mood. From the sombre “Requiem,” an ode to our current global pandemic, to the playful, fun movement of “As It Goes” to the slow, summer’s day on a boat drift of of “Aux Airs De L’eau,” all nine songs on the album vary greatly in theme. They’re perhaps an extension of Lavigne’s Franco Ontarian, Québecois, and English Canadian upbringing and her wide ranging musical influences of Neoclassicism, Neo-Romanticism, Minimalism, Jazz, Folk and Classical music from India.

It’s safe, and exciting, to say that no two of Huguette Lavigne’s performances would be exactly the same. You wouldn’t see sheet music or traditional charts as Lavigne relies instead on shorthand of her own to facilitate recall for performances. Finished compositions are eventually stored entirely in her head and fingers and once they’re recorded, Lavigne moves on to creating the next piece.

Huguette Lavigne’s delightful “Piano Retro” is ready for all ears to capture now!